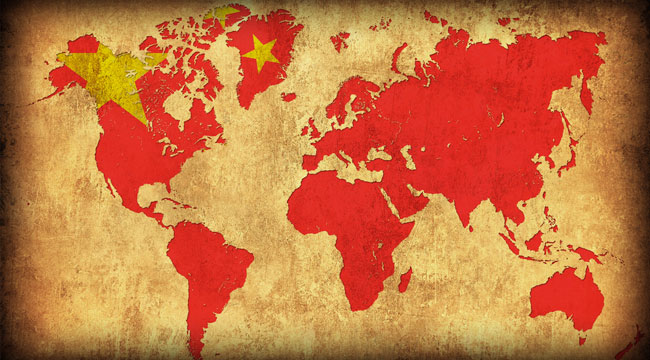 People have been asking me a lot lately about the impact of the Chinese stock market crashing. My answer has two parts…

Investors can take a stock chart of the Dow Jones industrial Index from 1928 to 1933. The stock market crashed in October 1929, but you can see the bubble growing before that.

You’ll also see the market went straight up in a bubble then it broke.

Then it went up a little bit, broke down a little again, then went back up slightly, then breaks down again. The bottom did not come in October 1929 or even 1930 or 1931. The bottom was in 1933. It took four years for the stock market to collapse. It went down over 80%.

My point is, the worst is not over in China.

If you know anything about Chinese culture, they love to gamble. To them the bubble became a big casino and, of course, when it was going up it felt good and everyone seemed like a genius. But now it’s popping. The market won’t come rallying back, either. That’s not how bubbles work.

The second thing I tell investors who ask me about the Chinese stock market is: “What market?”

There’s no market left in China. Soon after the crash, close to half the stocks on the Shanghai Composite Index were suspended from trading. The market was open, but if almost half of the stocks are not trading, do you really have a market? I don’t think so.

Moreover, the Chinese government also told institutional investors they couldn’t sell stocks for six months. You can only be a buyer, not a seller. The government has also banned short selling and they put together a multibillion dollar rescue fund. This is a façade of a market. What’s left is government manipulation.

The stock market bubble in China grew out of the country’s ongoing credit crisis. Prior to the stock market crashing, China had a massive debt pyramid that was collapsing. This is all explained in chapter four of my book The Death of Money.

It was an enormous mountain of bad debt from provincial governments and corporations.

What is the solution to the credit crisis?

Well, you can write off or restructure bad debts, which is what they’re doing in Greece. But the Chinese had a better idea.

They decided to sell stock to the country’s suckers. The government got all of the corporations in China that were going broke to go public. Then, they got the average Chinese citizen to invest.

Many of these people were not financially sophisticated. But the Chinese government’s solution to bad debt was to sell stock to a lot of people who don’t know any better and suck them in.

In a way, it succeeded beyond their expectations because all of a sudden every proverbial shoe shine man in China was saying buy stock. It’s turned extremely ugly for them.

This is why the elites are getting their money out of China as fast as possible.

That was something I noticed four years ago. All you have to do is go to Vancouver, Melbourne, Sydney, New York or Paris to see it. One of the things you’re bound to notice is that the Chinese are buying up all the condos.

Why are the richest, most connected, most powerful people in China buying up condos all over the world?

The answer is they want to get their money out.

So what does that tell you about China’s economy? It tells you that the fundamentals are terrible, which is what I’ve been saying all along.

If you have any exposure to the Chinese stock market, now’s the time to sell.

You should look at your portfolio and see what’s inside. You may have exposure to China without realizing it.

For example, in your 401(k) you may have a BRICS (Brazil, Russia, India, China and South Africa) fund. Your broker or your employer may have recommended one of these when these funds were first opening. Or perhaps you own an Emerging Markets Growth Funds. They’ve been popular.

But which is the biggest emerging market? China, of course.

To be sure you weren’t exposed, you’d have to go get the fund’s offering document. Perhaps they have some Chinese stocks in there. Try and find out the specific names. you have exposure to.

Otherwise, go online and obtain the latest SEC file for that particular fund.  If you don’t have much luck with any of this, you may have to call your broker.

This exercise will take a little time and you’ll have to do some homework. But it will pay off if you find that you’ve got some Chinese stocks buried in your portfolio. As their stock markets drops further, you’ll be glad you checked.