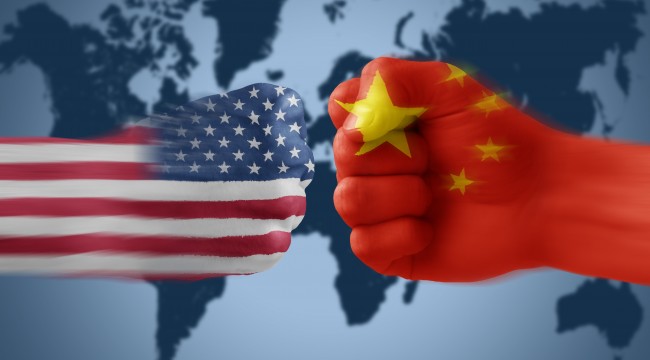 China’s Next Move: Trump vs Clinton

As the U.S. distracts its population with campaign footage, China could take the next step to overtake the U.S. as the world leader.

The non-U.S. International Elites (with China leading the charge) have been pushing to get the yuan addition to the Special Drawing Rights (SDR) in place as scheduled, before the U.S. election. This is no accident. China has been keenly monitoring the events leading up to Nov. 8. and is eager to insulate the Chinese economy from the U.S. dollar, and its new president.

As I learned while traveling in China earlier this year, China believes that next U.S. presidential administration will provide it with more impetus to compete with the U.S. for global power.

It is watching for any signs of political paralysis that occur during the ongoing campaigns and election. Any perceived weakness in the U.S. will be used to strengthen China’s position in the global community.

Here is an examination of key positions that China views when examining the U.S. presidential contenders and its Asian regional partners.

Military use and foreign policy are a large part of this shift towards Trump by China. When I was in Shanghai last month, the latest U.S.-China antagonism bubbled up over the situation in the South China Sea and U.S. ships were hovering nearby.

China does not want the U.S. involved in what it considers a legitimate dispute in a region to which it believes it has historical jurisdiction, notwithstanding U.S. contention.

This situation could see a potential conflict escalation from Clinton. This would revert into isolating China. Clinton has done this multiple times at the UN Security Council and other multilateral institutions.

During her time as Secretary of State, Clinton used hawkish military maneuvers to solidify the power of institutions allied with the U.S.

In her 2012 auto-biography, Hard Choices, she explained these maneuvers: “The confrontations in the South China Sea in the first two years of the Obama Administration reinforced my belief that our strategy in Asia must include a significant effort to upgrade.”

She went on to write “I thought China overplayed its hand [in that region]. Instead of using the period of our perceived absence and the [2008] economic crisis to cement good relations with its neighbors, [China] had become more aggressive toward them, and that shift had unnerved the rest of the region.”

Clinton basically set up the confrontation between the U.S. and China in the South China Sea.

Despite all of Trump’s loud comments, he is seen as the candidate less likely to get involved in territorial disputes with China. If Trump wins the presidency, the U.S. may take an isolationist military role at the international level, which would reflect the nationalist sentiment he is trying to engage with his campaign. The U.S. could possibly create stronger trade relationship with China under a Trump presidency as well.

The U.S. has long favored its more-trusted ally Japan over China on currency wars and defense related accusations. Japan is a weaker threat to the U.S. from a super-power perspective.

Whenever Japan has been perceived to devalue the yen, it’s been considered necessary by the Obama administration, including Treasury Secretaries Tim Geithner and Jack Lew (who both deflected blame for the 2008 financial crisis and resulting economic weakness on China).

On the other hand, if China is perceived to be devaluing its currency, the U.S. considers China to be doing so solely to one-up the U.S. — not because it is trying to be more market-oriented (as per U.S. and IMF demands) and thus at the mercy of speculators (like George Soros, who attempted to slam the yuan).

Both Trump and Clinton have bashed China, the former more brashly, the latter more consistently. But what they ignore, during the manipulation and stealing jobs conversations, is that China has its own large economy, with four times the U.S. population and about 6 times the growth, to contend with.

China wants the Chinese people to have jobs — with Chinese companies if possible. It is becoming more capitalistic from a business perspective.

No matter which candidate wins the White House, China stands poised to take advantage of the resulting political sea change or continuation of the status quo.

That’s why this next step in the power wars is critical.

While the election show is in high gear, China is raising its global status as it has taken over as G20 President on Sept. 4, where it hosted President Obama. Now China will ride that momentum into the next presidential administration.

To do this, China will increase its presence outside of the U.S. and inside China’s financial markets. The strengthening and more prevalent yuan is just one element; the political and economic elements influence each other.

But this hinges on China’s own population. The Chinese people must be able to afford to buy things. It also needs the population to advance socially, culturally, and academically.

As Secretary of State, Clinton used almost every opportunity she could to elevate the idea that the U.S. is morally superior to China.  In 2011, while in Zambia, Clinton warned the country and all of Africa about “New Colonialism” threats from China that could come as a result of its expanded economic influence in the continent.

“The United States is investing in the people of Zambia, not just the elites, and we are investing for the long run.” She said this without irony, despite the fact the Clinton Foundation has been at the receiving end of multiple half million dollar contributions from African elites.

The Clinton Foundation has accepted these generous donations while acting on behalf of its own agenda, in Clinton fashion, while in she was in office. Yet she said that, unlike other Asia nations, she did not see Beijing as a political role model.

This mix of morality with the economic and political issues at play has helped the U.S. maintain it’s position over China in the super-power struggle. Clinton would try to maintain this stance as President.

China knows this.  In fact, Clinton’s behavior as Secretary of State could have partially motivated China’s increased investment in its population.

On the social, cultural and academic fronts, China is spending lots of attention — and money — unbeknownst to much of the mainstream press.

China’s people are its strength, and the U.S. focuses on currency moves to deflect attention from this.