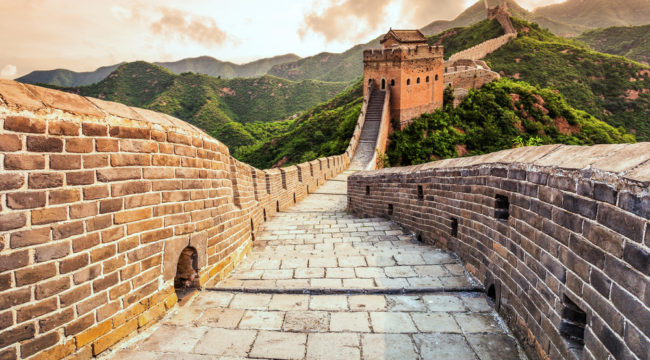 The Upcoming Months Are Critical for China

The ongoing power struggle between the U.S. and China is entering an acceleration phase right now. China has two big moves lined up, and the first one is happening at the G20 meeting on Sept. 4.

Jim Rickards has said that this will be the day the dollar dies. This will also be the day China shows that it is an equal to the U.S. and any other country vying for world supremacy. But there are two other dates that intensify the upcoming shift in global superpower position.

On September 30, the IMF will officially add the Chinese yuan to the currencies in the SDR basket. And on November 8, the U.S. will (finally!) elect a new president.

These events will hasten the decline of the dollar. But we’re going to look at the flip side of that coin: These events place China’s influence as an economic and political force on a rapid ascent. As a result of the yuan being included in the SDR basket and the announcement of an SDR bond market, we can expect more bonds to be issued with yuan and SDRs components — and better opportunities to invest in in the Chinese market growth that will follow.

The non-U.S. International Elites (with China leading the charge) have been pushing to get the yuan addition to the SDR in place as scheduled, before the U.S. election. This is no accident. China has been keenly monitoring the events leading up to Nov. 8. and is eager to insulate the Chinese economy from the U.S. dollar, and its new president.

As I learned when I was on the ground there last month, China believes that next U.S. presidential administration will provide it with more impetus to compete with the U.S. for global power. It is watching for any signs of political paralysis that occur during the ongoing campaigns and election. Any perceived weakness in the U.S. will be used to strengthen China’s position in the global community.

China views its position as the rising superpower not just from an economic standpoint, but from a diplomatic one, too. It stepped into that role in the wake of Brexit at the Mongolia summit. Both nations focused on expanding Chinese-European alliances. This is important because, even if the U.S. maintains an anti-China stance, China is forging stronger alliances globally. And it has used each such opportunity to insert itself as a world influence.

The larger the leadership vacuum left by the U.S. in the world, the more China will occupy the void. The SDR is one area of economic and financial influence, but China will also be watching our election very closely in terms of assessing future trade agreements, economic stability and political influence, poised to take advantage of any weakness.

The arrogance of both candidates in brushing off China’s seriousness in this regard is a weakness. Both candidates represent different paths for China’s future relationship with the U.S. But China is intent on playing the long game. It is determined to become the dominant global superpower.

This is the same determination that built The Great Wall — it’s not going to fade out any time soon. 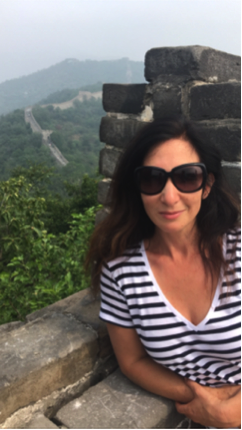 Nomi Prins at the Great Wall of China. The Wall is over 5,500 miles long was built over a period of 17 centuries.

First, let’s examine China’s views on the U.S. presidential contenders and how that informs their immediate foreign and domestic policy plans…

When considering investments outside of the U.S., it is absolutely imperative to understand the perspective of the press beyond the U.S. Don’t take the U.S. media as gospel. I do not mean to tell you that foreign news is propaganda free. After all, most mainstream presses (including in the U.S.) are fed information from the very elite government and business officials on which they are reporting. China is no different in that respect.

But without analyzing China’s media, you only get half the story and half the information you need to make informed investment decisions. That’s why I go to China and why I peruse China’s main English-translated paper, China Daily. This expands my understanding of the unfolding financial climate and relationship between U.S. and China. Commentary on the U.S. and its elections in Chinese papers has been known to foreshadow the policy decisions of the Chinese government.

According to China Daily, blaming other nations for U.S. problems has been a strategy for both candidates. It was a strategy the Obama administration used throughout the post-financial crisis period, rather than accepting responsibility for flaws in the banking system and economy. That tact works with the American public. But it is misleading, and intentional.

There are many examples of Hillary Clinton using this approach. She has been a thorn in China’s side for decades, going all the way back to 1993. Recall her “human rights are women’s rights” moment as First Lady. It was a valid yet public slap in the face to China — but then she changed her stance in 2009 and implied human rights are secondary to economic issues.

This combative relationship continued as she ran for President in the 2008 election, during her time as the Secretary of State, and into the present.

To say that Hillary has a tradition of frustrating the Chinese is an understatement.

Trump has been outspoken about China stealing U.S. jobs and has made loud claims that China is manipulating its currency to thwart our trading capacity (something the Obama administration emphasized repeatedly).

In his RNC acceptance speech on July 21, Trump vowed to stop “China’s outrageous theft of intellectual property, along with their illegal product dumping, and their devastating currency manipulation,” adding that “our horrible trade agreements with China and many others will be totally renegotiated.”

Of course trade deals should be fair to all sides and worker levels. That’s why China has been making better ones with its new allies, as should the U.S. But playing the blame and tariff game, as both Trump and Clinton want, is not a recipe for trade success, but delusion and exclusion.

Additionally, Trump unnerves China, mostly because of his erratic posturing. Trump also enthused in Denver in July, “China is great. I love China. I do business with China,” noting a Chinese bank was his tenant in Manhattan and other partnerships. “We can do great with China. But we have stupid people representing us, stupid, stupid people.”

China does not know which Trump it would receive. When I met with Dr. Lam at the IMF last month in Beijing, our conversation about the economic future of China was somber. Dr. Lam maintained an impassive expression throughout our talk. The only time he cracked a smile — and it was a nervous smile — was when I mentioned Trump. This was something I experienced in Mexico too, nerves born of incredulity and unclear expectations.

But perhaps unclear expectations are preferred to negative expectations. “While Trump’s campaign seemed a joke six months ago to many Chinese (just as to many Americans),” said a recent China Daily op-ed, many Chinese now prefer Trump over Clinton in their pick of the lesser of two evils. “Trump’s less interventionist foreign policy resonates with Chinese,” added the paper.

Now that’s not something you’ll hear about in the American media.