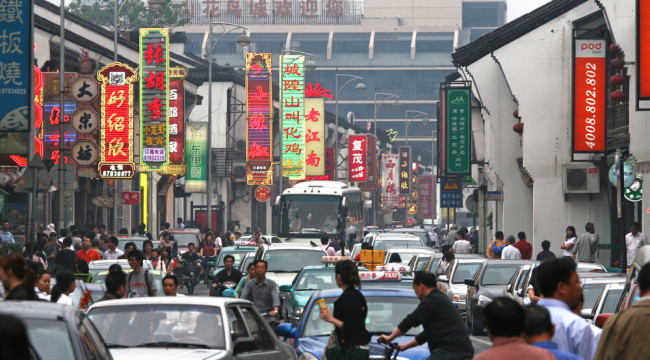 Many commentators have ably explained the double-bind the central banks of the world find themselves in. Doing more of what’s failed is, well, failing to generate the desired results, but doing nothing also presents risks.

If China raises interest rates to support the RMB ( a.k.a. yuan) and stem the flood tide of capital leaving China, then China’s exports lose ground to competing nations with weaker currencies.

This is the downside of maintaining a peg to the U.S. dollar. The peg provides valuable stability and more or less guarantees competitive exports to the U.S., but it ties the yuan to the soaring dollar, which has made the yuan stronger simply as a consequence of the peg.

But if China pushes interest rates down and floods its economy with cheap credit, the tide of capital exiting China increases, as everyone attempts to escape the loss of purchasing power as the yuan is devalued.

This is the double-bind China finds itself in: weakening the yuan to shore up exports incentivizes capital flow out of China, forcing the central bank to torch reserves to mediate the flood tide of capital fleeing China.

But efforts to support the yuan crush exports based on a cheap currency, creating the potential for mass layoffs in sectors with razor-thin margins and convoluted black box financing. Nobody knows how many times the stuff in warehouses has been pledged as collateral, or how much debt is floating around the shadow banking system in China.

Whichever option China chooses, it loses. Doing nothing doesn’t work, either, as the central planners’ incompetence and cluelessness is now on display.

The flood of money leaving China will pick up speed due to uncertainty and fear of central planning desperation, and attempts to support the yuan are the equivalent of a chemical fire burning down the export sector.

Life is tricky that way.