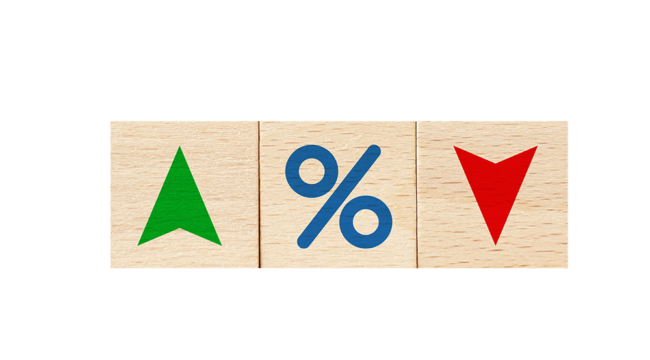 Like a squall out of a clear sky… Janet Yellen sent investors under the awnings Tuesday:

“It may be that interest rates will have to rise somewhat to make sure that our economy doesn’t overheat.”

That is because many technology stocks are “growth” stocks. These stocks have grown the stock market into a towering oak.

Companies relying on future cash flow growth experience much greater risk as rates rise, and that has been the part of the market that has really driven returns in the stock market. That is why some parts of the market, like the Nasdaq 100, which is heavy in technology stocks, is getting hit much more than the Dow Jones Industrial Average, which has less companies expecting outsized growth.

But like a chronic liar who mistakenly mumbles a truth… Ms. Yellen hedged, hemmed, hawed… and rotated 180 degrees around.

Late Tuesday — as the water came sheeting down — she insisted she did not “think there’s going to be an inflationary problem.”

Why the turnabout? Perhaps someone took her by the ear? Perhaps she stole a glance at her plunging portfolio?

But what happens to the stock market when growth stocks finally cease to grow… when the nourishing saps run dry… when interest rates rise?

Can trees truly scrape the sky?

The market cap-to-GDP ratio informs us whether the market is undervalued, overvalued, or fairly valued against its historical average.

It is Warren Buffett’s preferred yardstick.

If market cap ranges between 50% and 75% of GDP, the market is considered undervalued.

198%. That is, stocks are obscenely overvalued — against historical averages.

The stock market has far outgrown its roots in the real economy. It is overextended mightily.

The Lumberjacks Are Getting Ready

At today’s 198%… we must assume the lumberjacks are readying the saws.

Here we speak of averages. Whether stocks turn in greater than negative 2.9%… or lesser than 2.9%… we can offer no answer.

It is in the lap of the gods. And there it shall remain.

The debt mongers among us argue that the United States can plunge deeper into debt because interest rates are so fantastically low.

Borrowing costs are historically low, it is true — though they have inched higher.

But if the price of hemlock was historically low… should you store in a heavy inventory?

Are historically low rates — that is — a warrant to plunge deeper into debt?

By our lights… they are not. Here is a question:

You are doubly bound in debt.

You can take the load if your income rises with it. But if it does not?

Since 2007 total United States debt… public and private… has ballooned an impossible $30 trillion.

Meantime, the gross domestic product has expanded only $7 trillion.

How much heavier? Mr. Larry McDonald, publisher of the Bear Traps Report:

“You Just Can’t Afford a Big Move up in Yields”

You just have… a ton of wealth that… a 1% move up in yields, number one, it bankrupts the U.S. in terms of your budget right now…. 70% of the budget in the United States is entitlements and interest, so you just can’t afford a big move up in yields.

Here is Mr. Michael Kosares, founder of USAGOLD, in 2017:

As interest rates have declined over the last several years, the interest paid by the federal government has increased markedly due to the rapid growth in size of the accumulated debt…

In 2008 when the national debt stood at $10 trillion, the federal government paid $336 billion in interest. For a measuring stick, the 10-year Treasury bill drew an average interest rate at the time of around 3.66%.

In 2012 when the debt crossed the $16 trillion threshold, the interest payment was almost $456 billion. The 10-year Treasury bill drew an average interest rate of 1.80%.

In 2016 with the national debt approaching the $20 trillion mark, the interest payment was $497 billion. The 10-year Treasury bill drew an average interest rate of 1.84%. It is difficult to overlook the fact that 2016’s interest payment was an all-time record at the second-lowest rate [in 46 years].

If rates return to historical averages — 3-5% — debt service could wash out the entire budget.

Can the Federal Reserve keep its finger in the dyke?

The market’s fate depends upon it.

That is, the market is doomed…