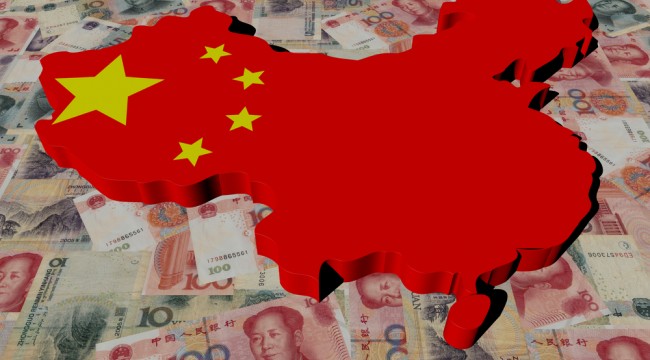 One of the persistent myths in markets is that August is a “quiet month” with bankers and policymakers on holiday around the world.

The view is that nothing important can happen with all of the elites on the beach. Many analysts believe that things will get back to normal in September when the power brokers return to their customary precincts.

But, ironically, that viewpoint is a myth.

The list of earth-shaking events that have occurred in August is a long one. It includes the end of World War II (1945), Saddam Hussein’s invasion of Kuwait (1990), the attempted coup d’ètat in Russia (1991), the double-embassy bombings by Al Qaeda (1998), the Russian default and Long-Term Capital meltdown (1998), and Hurricane Katrina (2005).

There are many other examples. Suffice to say, August is actually one of the most treacherous months on the calendar.

China just added to this infamous litany by breaking a temporary truce in the currency wars.

They broke the peace with a point-blank, double-barreled shotgun blast aimed at U.S. markets.

Bear in mind that normal daily volatility in foreign exchange markets is measured in five decimal places. 0.05% is a choppy day. 5.0% is an earthquake.

U.S. stocks were down over 300 Dow points. Gold broke out of its slumber and has moved up nicely.

Investors are rightly concerned about what this means for their portfolios, 401(k)s, and retirement savings.

What Did China Actually Do?

China does not have an open capital account, so “devaluation” has to be put into a slightly more technical context.

Most major currencies float on foreign exchange markets, and the cross-rate between any pair is set by the market.

Central banks can intervene on occasion, but that’s actually rare in the major G-7 currencies. The last time was March 2011 after the Fukushima disaster when Japan needed a lifeline.

The Chinese yuan does not “float” in the same way. The rate is kept within a band by the People’s Bank of China (PBOC).

If the yuan went to the lower end of the band on one day, the following day would start again in the middle of the same band. PBOC would just intervene and do whatever was needed to make this happen.

Starting August 11, they changed the rules.

From now on, if the yuan traded at the bottom of the band, the next day’s trading would start at that level (instead of the middle of the old band), and could trade down to the bottom of this new band.

This process will continue indefinitely, so expect more devaluation.

The technical name for this is “dirty float” or “moving peg.”

Technicalities aside, what it means is a shock to the dollar, which is now stronger.

Why Did China Do It?

Simply put, their economy is imploding. In July, exports and imports both collapsed. In June, their shadow banking system (a big part of China’s credit market) completely dried up. There was zero net new lending.

This kind of slowdown is not just an economic problem in China, it’s a political one.

As the saying goes, “Timing is everything.” China has been laboring under a strong currency all year, and their growth has slowed perceptibly.

But China has another goal, which is to have the yuan included in the IMF’s world money called the Special Drawing Right (SDR).

The decision on the SDR was expected in November 2015.

The U.S. expected China to maintain the yuan peg to the dollar as part of the price of admission into the SDR “club.”

China was playing along.

But last week, the IMF extended the deadline for a decision on the SDR components to September 30, 2016.

China knew that if they kept the peg until then, their economy would be even more underwater. The Chinese stock market was already crashing and the cost of a strong currency was too much to bear. So, China took advantage of the breathing room they got from the IMF and devalued just one week after the IMF announcement.

China can go back to good behavior next year. For now, they’re going for bad behavior (good for them, bad for us) in the currency wars.

Does the IMF Care About What China Did?

The IMF is OK with what China did.

They don’t care about the cross rate as much as they care about open capital accounts and market mechanisms.

Technically what China did is a step in the direction of letting markets determine the exchange rate rather than the PBOC.

The fact that the market took the yuan down is highly convenient for China, but both China and the IMF are acting under cover of “market forces” instead of manipulation.

In any case, the process of including the yuan in the SDR is still on track. It will be done before President Xi of China hosts the G20 meeting in China next year. Xi is the President of the G20 in 2016, in addition to being President of China. So, 2016 will be the “Year of Big Xi” and the Year of China. The IMF is fine with this.

What About the Federal Reserve?

Janet Yellen and the Fed are the biggest losers in all of this.

There was very little chance that the Fed would raise interest rates in September even before China devalued.

The U.S. economy is headed for the worst growth since 2012. You can’t find inflation under a microscope. And so now Yellen’s forecast of 5% unemployment, 2.5% growth and 2% inflation is in shreds.

Things could actually be worse than that.

The Chinese devaluation just makes the dollar stronger, which is deflationary (because our imports cost less). Raising interest rates makes the dollar even stronger, adding insult to injury on the deflation front. That’s why Yellen can’t raise rates.

If Yellen does not raise rates in September, stocks may catch a bid and go up, but it will be a temporary reprieve because the currency wars will continue as they have since 2010.

If Yellen does raise rates, fasten your seat belt and look out below. Markets will have no bottom and we’ll be in for a 1998-style crash beginning in emerging markets.

The most important date of the year will be the September 17 Fed meeting.

It’s a good idea to raise cash going into that date.

It’s also a good idea to bring your gold allocation up to 10% if you’re not there already.

Once you’ve done that, there are big, fast gains to be made by early investors.

I believe China’s actions are about to make things very interesting.

Here’s the catch — this book is not available for sale. Not anywhere in the world. Not online through Amazon. And not in any brick-and-mortar bookstore. Instead, I’m on a nationwide campaign to spread the book far and wide… for FREE. Because every American deserves to know the truth about the imminent dangers facing their wealth.

That’s why I’ve gone ahead and reserved a free copy of my new book in your name. It’s on hold, waiting for your response. I just need your permission (and a valid U.S. postal address) to drop it in the mail.Click here to fill out your address and contact info. If you accept the terms, the book will arrive at your doorstep in the next few weeks.