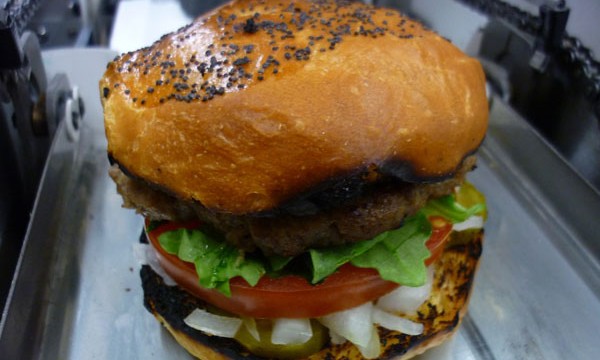 Raising the federal minimum wage might seem like a great option for the underearning burger flippers out there. Who wouldn’t want to earn $15 an hour despite having no marketable skills or education?

A diabolical new creation by a company called Momentum Machines is about to slice and dice the dreams of politicians and minimum wage earners. Their burger creation machine will make 400 burgers per hour without any intervention from human hands. Behold: 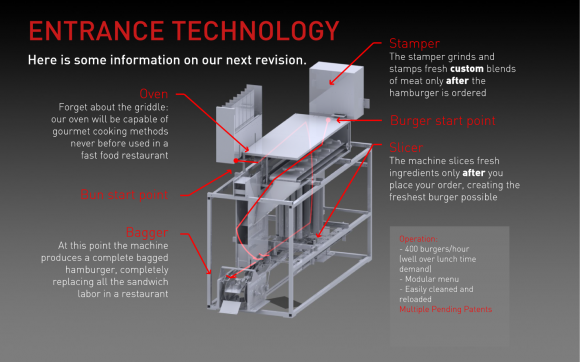 The company even promises that their machine can make a better burger for less money. “Labor savings allow a restaurant to spend approximately twice as much on high-quality ingredients, and the gourmet cooking techniques make the ingredients taste that much better.”

It already looks better than what McDonald’s produces today: 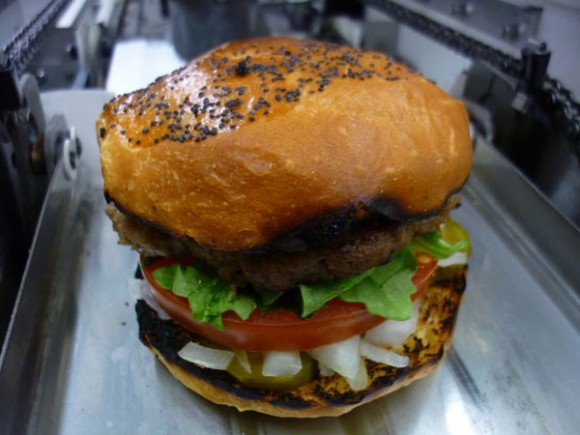 The company points out some perks of the new system:

• It slices toppings like tomatoes and pickles only immediately before it places the slice onto your burger, giving you the freshest burger possible

• Custom meat grinds for every single customer. Want a patty with 1/3 pork and 2/3 bison ground to order? No problem

• It’s more consistent, more sanitary and can produce around 360 hamburgers per hour.

Still skeptical McDonald’s would make such a drastic change to their business model? They’ve already purchased 7,000 touch-screen self-checkout machines to experiment with in their U.K. stores. Britain’s ham-fisted labor laws and mandated high wages drove McDonald’s to automation. Whether this will happen here will likely depend on what Congress does.

P.S. The Daily Reckoning email edition keeps readers up to speed on the latest technical innovations going on in the marketplace. We also show readers how they can benefit from new ideas before they catch on with the investing public. Subscribe today by clicking here.

The Blessing and Curse of Technology