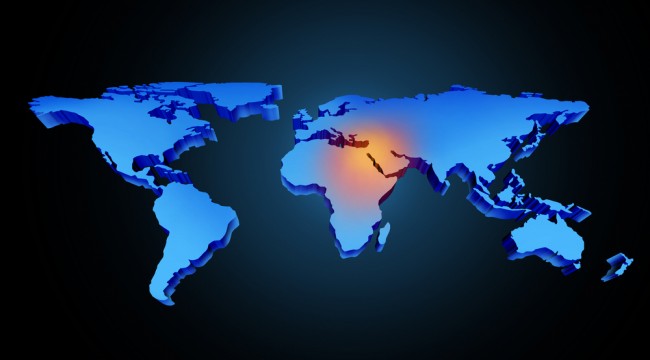 What went wrong in Egypt following the Arab Spring? In a word: Everything.

After his election as president of Egypt in 2012, Mohamed Morsi proceeded to ruin the country’s economy in an impressive number of ways: GDP fell. Inflation rose. The Egyptian pound collapsed. Foreign money evacuated. Unemployment shot to the moon. It was almost a perfect storm of failure.

When disaster struck, the government did the only thing that governments know how to do: It seized more control. Price and capital controls achieved the same things they achieve every time they’re employed… massive shortages, poorly allocated resources and economic chaos.

Eventually, the people rebelled… but before they took to Tahrir Square to remove Morsi from power, they rebelled with their wallets. Black markets exploded as people sought to attain resources they were deprived of by bad policy.

“Egyptians have watched inflation destroy their standard of living” says Steven H. Hanke, Cato Institute scholar  and contributor to The Daily Reckoning. “Controls have delivered shortages of foreign exchange and many goods, like gasoline… the black market quickly became a source of material support that the Muslim Brotherhood’s government could not provide.”

Prices for basic goods had been fixed for decades, according to The Washington Post, as the government wasted nearly a quarter of GDP on a bloated, inefficient subsidy system. Meanwhile Egyptians ignored regulators and met their needs on the black market, even paying 22% more for oil than the government-mandated price.

Bureaucrats will tell you all day that people hate high prices on essential goods. But what people seem to hate even more is not having those goods, or wasting time waiting in lines to get them. They’d much rather spend that time earning a living… even if it means paying more for gas.

If Mohamed Morsi can be said to have accomplished something during his short tenure as president, it’s his nearly spotless record of abject failure. Untarnished by any real bright spots or redeeming traits, his duly elected government guided Egypt toward depths that can only be described as horrendous… in just one year!

There’s a lesson we can take from his example. Black markets aren’t just for pimps and drug pushers; they are inhabited by real people trying to meet their needs, usually as a result of government failure. As U.S. regulators tighten the screws on our own economy with Internet taxes, restricting gun sales and fixing the cost of health care, they’d do well to remember this.

P.S. As the government clamps down on virtually every aspect of our lives, readers of The Daily Reckoning get all kinds of tips and tricks to keep them ahead of the curve and grow their wealth. Subscribe for free by clicking here.