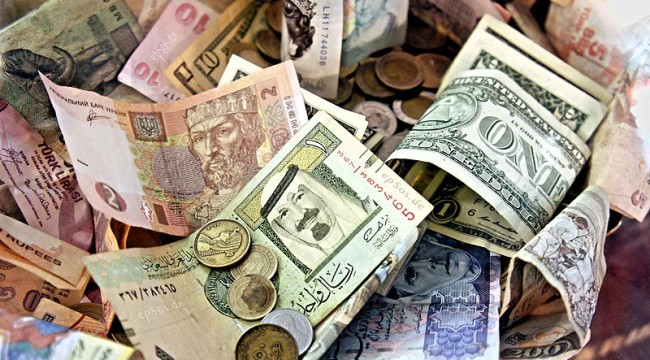 The U.S. Government talks tough about cracking down on money laundering and offshore tax havens. But the big banks involved effectively ‘pay-to-play’ with criminals and get relatively tiny fines for fraudulent and quasi-legal practices (like Goldman Sachs’ most recent $5 billion settlement in April).

Professional tax dodgers and money launderers set up shell companies to hide or move billions of dollars. Banks help them because it is profitable for them. Meanwhile, if you dare withdraw or transfer $10K from your account to take the family on a dream Cayman vacation, your bank files a report.

In their global quest to recoup taxes from offshore havens, countries are collaborating to extract information from banks. At least, that’s the reason the Obama administration has fed to us to collect banking information. Yet in practice, American retirees living abroad, like my Dad, have their social security and pension fund payments scoured for non-existent nefarious activity while drug cartel appointees pass cash through teller windows at global banks, unbothered.

The Obama administration has lead other governments in requiring offshore banks to disclose information on hidden assets (big and small). The U.S. has won disclosure battles with Swiss banks over shielding client information. But the U.S. doesn’t reciprocate.

Last year, the U.S. leapt to third place as the top bank secrecy center in the world—above the Cayman Islands and Luxembourg, and just below Switzerland and Hong Kong. (According to the financial secrecy index, produced by the Tax Justice Network (TJN)).

States like Delaware, Wyoming and Nevada have been onshore secrecy havens for years. Now they are increasingly establishing shell companies for foreign “secrecy-seekers.” The U.S. is becoming a premier tax haven while cracking down on similar behavior abroad. The onshore locations in the U.S. might not boast the scenic Alps or white sands of the Cayman’s, but money-hiders don’t visit to ski or tan. Vegas is a brazen sprawl of humanity and gold-plated towers bearing the name Trump, and it’s a growing U.S. tax haven. 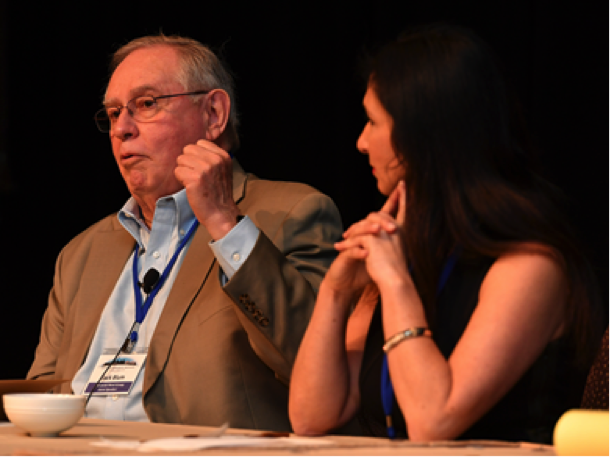 Nomi Prins sharing a panel with Jack Blum, Chair of the TJN.

We spoke on money laundering, tax havens and financial corruption at the Mirage Hotel.

Behind this façade of cooperation to locate “disappearing money”, national governments let their banks duke it out to capitalize on the international tax haven space. Then, bankers make generous donations to politicians who enable them. (If you need proof that banks and governments are working together, read my book, All the Presidents’ Bankers.) The result? Your account may be routinely monitored, but those of billionaires or international terrorist rings who launder funds through your bank are treated as VIPs, and ignored. Their money is hidden in a complex maze of shell companies, often created by big banks, utilizing a worldwide web of tax havens.

Riddle This: What do HSBC, Mexican Drug Cartels, and Hillary Clinton Have in Common?
Answer: They have all established some ‘creative’ way to hide money from the oversight of either tax collectors or regulators or investors or law officials.

Let’s start with HSBC. To be a top global bank, you need to be a top global money launderer. Like many other global banks that offer “tax efficiency” services for big bucks, HSBC makes money by bending or breaking laws to acquire and keep their “VIP” clients. If they get caught, they simply pay fines.

This works for them, because the fines amount to a fraction of the profit they bring in from these clients. And this setup works for the governments issuing the fines because they get to look like the good guys.

Aiding the laundering of drug money isn’t new. HSBC opened in Hong Kong on March 3, 1865 and in Shanghai a month later. It was the Asian opium wars that propelled HSBC to global player status. Today, it’s the fifth largest global bank.

In 2010, HSBC was vaguely punished for money laundering. The U.S. government ordered it to upgrade its anti-money-laundering program. Then, in 2012, HSBC agreed to a record $1.92 billion settlement with the Department of Justice and the Treasury Department. The settlement was recompense for enabling drug cartel money laundering and for violating U.S. sanctions regarding customers in Iran, Libya, Sudan, and Burma.

As part of that deal, HSBC entered into what’s called a “deferred prosecution agreement”— meaning it promised to be better in the future. No bank individuals were charged or jailed. Jack Blum, expert on white-collar financial crime and international tax evasion (pictured on the previous page), said of that 2012 agreement, “The very next day HSBC was back to doing same thing.”

HSBC pursued profit over legality, and the government let them. And here’s an interesting fact: HSBC also forked over between $500,000 and $1 million to the Clinton Foundation in 2014. The Clinton foundation accepted this sum without scruple, despite the 2012 findings that HSBC violated U.S. sanctions.
Fighting Back: Enter Richard Elias

Bringing the case against HSBC is Richard Elias (pictured below). After more than a decade as Assistant United States Attorney for the Department of Justice, Rich founded his own small law firm in St. Louis. As a federal prosecutor, Rich led the investigation into JPMorgan Chase & Co.’s pre-crisis mortgage practices, reaching a record-setting $13 billion settlement. He’s the real deal.

Now, Rich is representing victims of terrorism seeking compensation from global banks that provide support to terrorists. He recently filed a suit against HSBC on behalf of the families of three victims of “horrific” drug cartel attacks in Mexico. The case alleges “HSBC knowingly serviced the cartels, including the Sinaloa, Juarez and Los Zetas cartels, aided by a pervasive culture of ‘recklessness and corruption’ stemming from deficient anti-money-laundering programs.” 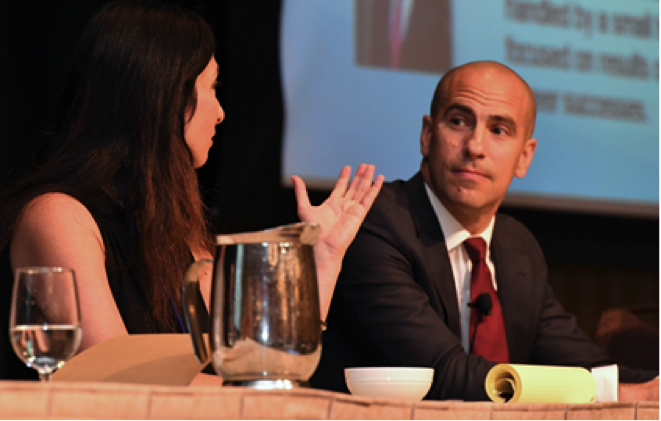 The complaint against HSBC contains gruesome killings and kidnappings tied to the cartels, including the February 2011 attack on Jaime Zapata and Victor Avila Jr., special agents for U.S. Immigrations and Customs Enforcement. They were attacked “in broad daylight” on a Mexican highway by a pack of Los Zetas members armed with assault weapons. Zapata was killed. Avila suffered life-threatening injuries.

I asked Richard why he left his government job and is pursuing this HSBC case. He said:
“The world needs to appreciate the direct link between the gruesome acts of mass violence committed by the drug cartels and the financial institutions that help empower them. As the cartels were executing mass atrocities throughout Mexico, including the atrocities committed against the United States victims in our case, HSBC facilitated the laundering of billions of cartels dollars, and was, by its own admission, the preferred financial institution for drug cartels. I brought this suit to hold HSBC accountable for its complicity in these terrible crimes.”

I asked whether he had proof of senior level knowledge. He nodded and said, “HSBC Mexico’s CEO was warned in early 2008 by a senior anti-money laundering official that there were allegations that 60 to 70 percent of the laundered proceeds in Mexico went through HSBC.” And yet, “2008 became a record year of bulk US dollar cash deposits at HSBC branches throughout Mexico.”

According to government documents, HSBC employees in Mexico accepted deposits of hundreds of thousands, sometimes millions, of US dollars that showed “unmistakable” signs of money laundering from 2006 to 2010. These included cash deposits from people with no identifiable income source, delivered in boxes that fit the precise dimensions of teller windows. Since HSBC’s U.S. arm rated Mexico as “low risk,” $670 billion in wire transfers passed through HSBC Mexico unmonitored.

This complaint could be the first Anti-Terrorism Act suit filed against a bank for its connection to a Mexican cartel for money laundering damages. And if Rich wins, this case could set a global precedent for governments to use the Anti-Terrorism Act as a way to gain access to the banking information that the banks resist handing over (and to keep its citizens in check).

Best-Selling author, Nomi Prins takes a deep dive into the Federal Reserve’s impact on Wall Street banks and what that means for the rest of us. Here’s what you need to know…