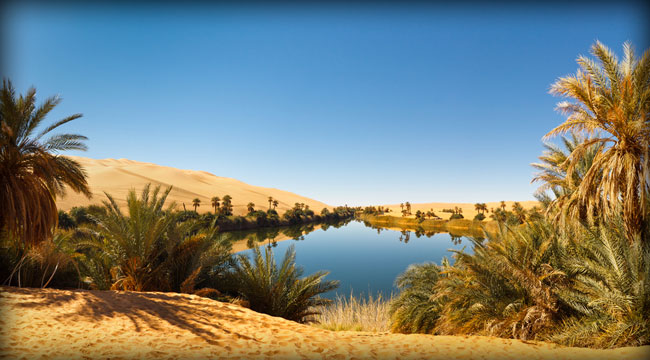 An Oasis of Freedom in the Desert

The theme for this year’s FreedomFest is “Are We Rome?” and John Stossel explored that while taping his show in front of a thousand enthusiastic fans. I urge everyone to watch it when it airs Thursday, July 18, 9 PM EST on the Fox Business Channel. It was great fun watching the taping, and you’ll get a kick out of LFB’s Jeffrey Tucker’s appearance and his comments about how cruel the Fed’s zero interest policy has been for savers. It’s an action-packed show that includes, in addition to our own Mr. Tucker, Steve Forbes, Grover Norquist, and Steve Moore.

Struggling savers, of which there are plenty here at FreedomFest, have been getting plenty of investment wisdom during this year’s largest gathering of free minds. However, there is no consensus as to what a person is to do.

What was billed as the “all-star prediction panel” was a good example. Currency guru Axel Merk says he has half his non-real estate net worth in gold. With the dip in the yellow metal’s price, he has been buying, and despite having a sizable exposure to the barbarous relic, he’d like more. There is too much debt in the world, and governments will try to inflate it away.

Bert Dohmen was sitting next to Merk, but his view was much different. He said the U.S. is the safest place in the world and the dollar is heading up. Gold bugs are just too emotional, he claimed. “Count your blessings,” Dohmen told the crowd. “Don’t count sheep.” Why does he like the dollar so much? He can’t say it’s a quality currency, but it does have liquidity. “The U.S. is still the best horse in the glue factory.”

At the end of the dias was ex-Margaret Thatcher spokesman John Browne, who said the U.S. government is killing America and crushing the middle class. He’s no dollar fan. The currency’s value has been hammered by 98.2% since the Fed went into business a hundred years ago. He predicts a coming dollar crisis that will lead to a worldwide paper crisis. He says we should hold gold as a hedge against financial calamity. Price inflation is not coming; a worldwide recession is on its way.

Two gentlemen on the panel, Alex Green and Travis Brown, see stocks going higher in the coming year. But Merk countered there is no place to hide and one should spread their risk in a basket of currencies.

During the libertarian hedge fund panel, legendary investor Jim Rogers said that the bull market in agriculture hasn’t even started yet. He is bullish on Russia, of all places. He had no specifics, saying that he didn’t want the crowd to get ahead of him, but he’s looking at Russian stocks, bonds, and the currency.

Donald Smith is buying the beaten-down gold stocks. He said shares like Yamana and Newmont are cheap and pay good dividends. He is also buying smaller gold names, but wouldn’t provide any specifics, because he is still buying. If the share prices continue to soften, he’ll keep buying, and at the right prices would be comfortable having 15% of his portfolio in gold shares. He believes some of these shares can appreciate by 10 times as gold rebounds.

Mr. Supply-Side Economics Art Laffer had only one recommendation. “Do not lend money to the government.” Interest rates are going to rise, and bond investors will get crushed, Laffer emphasized.

The entity that is buying debt hand over fist is the Federal Reserve. At the end of his prepared remarks on the Austrian perspective on the financial crisis, The Cato Institute’s Gerald O’Driscoll pointed out the change in the Fed’s balance sheet from the crisis to today. Most people know that the central bank has grown its assets from $700 billion to $3.5 trillion.

Not only is the central bank’s asset quality suspect, but as Evan Lorenz reported in the latest Grant’s Interest Rate Observer, the recent rise in interest rates would be hammering the Fed if the central bank played by the same rules as other financial entities. Lorenz writes, “It would appear that the Fed lost — or would have lost, on a mark — $155.9 billion on the notes and bonds and MBS it held as of March 27, a sum nearly three times its stated $55 billion in equity…”

O’Driscoll, who partnered with Austrian economist Steve Horowitz to make two very interesting presentations, made a rare observation. As the financial world was melting down in the summer of 2008, Bernanke made a huge central banker mistake. Instead of flooding the market with liquidity, O’Driscoll said, the Fed chief was lending heavily to stressed institutions, but was sterilizing that debt by buying debt from strong institutions.

This transferring of liquidity from strong to weak starved the market and led to the seizing up of the short-term credit markets. The policy didn’t change until Lehman Bros. failed. Lehman had borrowed short and was lending long. When the money markets dried up, the venerable investment bank went under.

Another interesting point made by O’Driscoll was that Alan Greenspan knew what was going on with the housing boom. After leaving the Fed, the Maestro, in a moment of candor, said if the Fed had made a move to stop the housing boom, “Congress would have clamped down on us.” So much for the Fed independence that we always hear about.

Maybe Bert Dohmen is right, we should count our blessings. That doesn’t make saving and investing any easier.