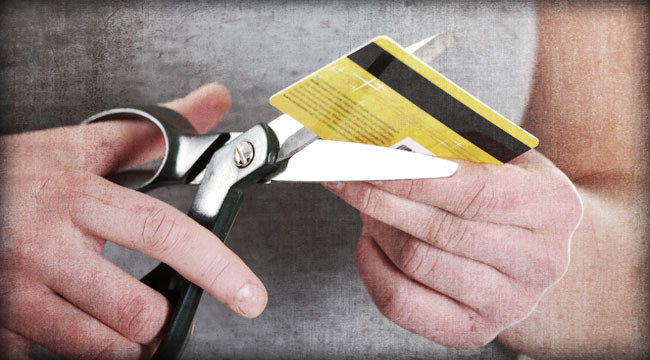 Imagine that everyone in your community is issued a credit card with the same account number. At the end of every month, the bill is totaled and divided equally among you. Suppose that during the first month, you choose not to use the credit card, yet you receive a bill for $100. The next month, you purchase $100 of goods with the card just out of self-defense. Unfortunately, your bill that month is $500.

By now you realize that the only way to stay ahead is to charge at least as much as the group average. So the next month, you rack up charges of $1,000. But this time, your bill is $2,000. Clearly, everyone else in the community has been hit with the same realization. Now it’s off to the races, and everyone quickly spends themselves into bankruptcy.

In desperation, a town hall meeting is called, and everyone agrees to cut up his or her credit card. Unfortunately, some people cheat, and the bills keep coming. Worse, those who cheat are the ones with the biggest incentives to do so — the people who bought the most when everyone still had a card and others who have become dependent on this communal “welfare system.”

Leviathan feeds on crises, and its power is far more likely to wax than wane in a financial meltdown.

Finally, the town elders meet with representatives of the credit card company and convince them to cancel the remaining cards. For years, however, the town’s citizens must work to pay off the mountain of debt that they piled up during those months of shared insanity.

The scenario just outlined is very much like the one in which we now find ourselves. We pool our tax money in Washington, D.C., and then send our “credit cards” — our senators and representatives — to Washington to get our money back. As before, the only way to get ahead in this game is to outspend the citizens of every other state in the union.

Should any state try to opt out of the game, its prudence would simply be exploited by the others. Each state is caught in a prisoner’s dilemma. Everyone in the game is made worse off as they act in their own narrow interest, electing big spenders to Congress. No agreement to call a halt to the spending spree can be enforced, so taxpayers are caught in a trap with no way out.

What is needed is the equivalent of getting the card company to cancel the communal credit card for everyone all at once. One possibility is a balanced-budget amendment — one that prevents Congress from beating the system by placing expenditures “off budget.”

While this solution is necessary to cancel the national credit card, it is not sufficient — as it would be for any of the 50 states individually. Unlike a state, the federal government can get around balanced-budget restrictions by printing money. Somehow, the Federal Reserve must also be reined in.

A wise minority has suggested instituting rules — such as the Taylor rule or a gold standard — that would constrain the Fed’s actions. Such restrictions might help, but the Fed has shown itself willing and able to ignore any such constraints. That the Fed is one of the most effective lobbyists in Washington further places the efficacy of a rule-based solution in doubt. The real remedy is to eliminate the government’s control over the money supply and replace it with a free banking system under which private currencies circulate subject to the discipline of a free market.

Most likely, solutions such as a balanced-budget amendment and curbing or eliminating the Fed will become politically possible only when the nation’s spending habits cause a crisis — that is, when investors stop purchasing such federal IOUs as Treasury bills and people around the world stop accepting American dollars. Unfortunately, to paraphrase Randolph Bourne, crisis is the health of the state.

Leviathan feeds on crises, and its power is far more likely to wax than wane in a financial meltdown. Legislators legislate, and their solution to every problem is the only solution they know: Pass another bill.

People are more likely to see reason when they have time to think, rather than when they are in the midst of a crisis and mobs are in the streets demanding that government “do something.” It is up to those who understand the problem to help others see the need to cut up the nation’s credit card before our creditors do it for us.

Ed. Note: As long as the U.S. remains committed to printing money, the American people will be sitting on a razor’s edge. You should be prepared for whatever happens. Readers of the Laissez Faire Today email edition are given 3 chances every day to receive real, actionable investment advice, and it comes straight to your inbox completely free. So what do you have to lose? Sign up for FREE, right here to get started.

Richard Fulmer is a freelance writer from Humble, Texas, and the winner of the third annual Beth A. Hoffman Memorial Prize for Economic Writing for his article “Cavemen and Middlemen,” published in the April 2012 issue of The Freeman, the Foundation for Economic Education’s flagship publication.