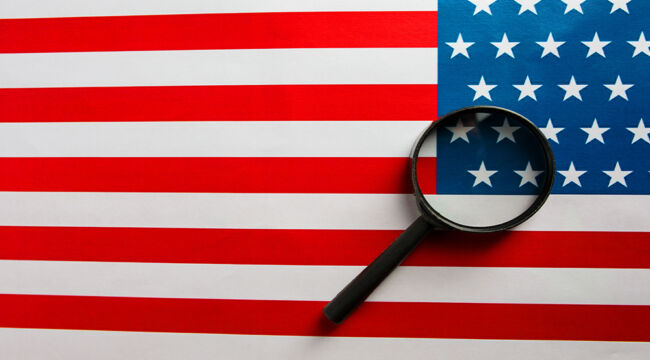 The decay of America’s middle class has been well documented and many commentators have explored the causes.

The income of the top 0.1% grew 15 times faster than the incomes of the bottom 90% because that’s the only possible output of America’s distorted financial system.

The same can be said of the rising asymmetry of wealth.

In a truly market economy, risk avoidance is rational as risk can wipe you out.

For 12 long years, the Federal Reserve has stripmined savers and the risk-averse to funnel all the gains to its predatory, parasitic cronies —Wall Street banks, financiers and global corporations, turning rational risk aversion on its head.

It’s now rational to gamble in the rigged casino, as that’s the only avenue left to protect one’s stake.

In the Fed’s rigged casino, it’s not only rational to make high-risk bets, it’s rational to borrow as much money as you can to increase your stake and leverage your bets — because the Fed has our backs and so every wager on markets lofting higher will pay off.

It’s crazy not to max out credit and leverage because the Fed has guaranteed every punter will be a winner. This has created a feedback loop — the more the Fed guarantees markets will never be allowed to decline, the greater the incentives to borrow and leverage ever riskier bets in the Fed’s casino.

You might say the Federal Reserve is the nation’s helicopter parent, saving everyone from the consequences of their actions.

We all know what happens when over-protective helicopter parents save their precious offspring from any opportunity to learn from mistakes and failures:

They cripple their child’s ability to assess risk and learn from failure, guaranteeing fragility and catastrophically blind-to-risk decisions later in life.

Helicopter parents generate a perfection of moral hazard, defined as there is no incentive to hedge risk because one is protected from its consequences. Moral hazard perversely increases the incentives to take on more risk because Mommy and Daddy (the Fed) will always save me / bail me out.

The Fed is the ultimate helicopter parent, protecting all the power players in our economy and society from the consequences of their risky actions.

By crushing interest rates to near-zero, the Fed has perversely incentivized increasingly risky expansion of credit, and given the green light to there’s no limit, spend as much as you want government borrowing.

The Fed’s implicit promise to never let the stock market drop for more than a few days — the Fed Put — has incentivized every punter from billionaires to corporations to unemployed people with stimmy checks to max out their credit (or margin accounts) to increase their bets in the market casino.

The Fed has implicitly informed the bigger players that they can bet as big as they want because the Fed will always bail them out, transferring private losses to the public via Fed bailouts, lines of credit, backstops, etc.

Indeed, now that the Fed Put has been established as unbreakable, it would be irrational not to max out margin to increase one’s exposure to risky bets. And voila, margin debt has soared as the Fed has signaled its commitment to bail out every risky bet in the market casino.

Now the middle class has been sucked into the dynamic.

The middle class has finally surrendered the last of its rational risk-aversion and gone all-in on bets in the Fed’s rigged casino.

Record inflows into equities is evidence that the middle class has been suckered into the Fed’s rigged casino. Why lose money every day in savings and money market accounts when newbie punters are raking in $250,000 a month playing options on Gamestop?

More evidence that the middle class has gone all-in is the unprecedented highs in margin debt. Big players don’t use margin accounts in brokerages.They have immense lines of credit and tools to leverage their bets. It’s the so-called retail traders who use margin.

Alas, the majority of this “wealth” is phantom. The Fed can create currency out of thin air, but this isn’t real wealth.

Real wealth has to be generated by work and investing in productive assets.

The Fed’s casino prints trillions of dollars and gives them to the biggest gamblers for free, and so the artificial semblance of free money for everyone who gambles is compelling.

Unfortunately, the Fed’s casino is only rigged to benefit the Fed’s cronies. Everyone else is suckered in to lose whatever they have.

The Fed’s cronies have been impatiently waiting for the suckers to surrender their rational risk aversion and flood into the rigged casino to share in the Fed’s limitless wealth machine: the more you risk, the more you win!

Once the phantom wealth evaporates and returns whence it came (i.e. thin air), the unfairness of the Fed’s financial system will trigger a Cultural Revolution that the Fed will be helpless to control, for everything the Fed can do will only accelerate the unraveling.

The entire financial system is now careening down a treacherous stretch of curves and blind spots, absolutely confident that being dead-drunk on the Fed’s promise of never-ending gains in the market poses no risk whatsoever because the Fed has our back.

But once the fragile, brittle, disconnected-from-reality system the Fed has created crashes, the Fed will be as powerless as all the other helicopter parents to reverse the irreversible consequences of their meddling with moral hazard.