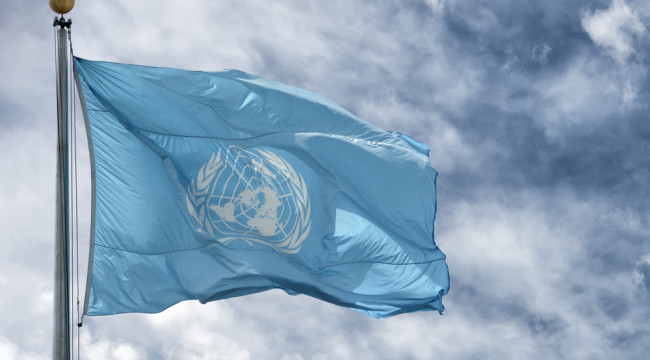 Revealed: The Financial Elite’s Plan to Save the World

“The global financial elite never launch plans to steal your wealth without telling you what they’re doing… They use language only they understand and write in journals that only a few people in the know read. They’re hiding in plain sight.”

Global leaders signed the Paris Climate Agreement on April 22 — “Earth Day.” Its stated purpose is to limit global warming to less than 2 degrees Celsius above preindustrial levels — 1.5 degrees, ideally. In pursuance thereof, it demands a drastic reduction of carbon dioxide emissions. Some scientists argue it could require zero emissions sometime between 2030–2050.

But this “climate agreement” may be going under false colors. It might be less a climate agreement than a stalking horse elites can use to advance another agenda. And not one in a million will suspect it…

An outfit called Project Syndicate bills itself “The World’s Opinion Page.” It’s one of those eggheaded policy journals “only a few people in the know” read.

And on April 25, it ran a telling piece called “How to Finance Global Reflation.”

The world’s central banks have clearly brewed a medicine unequal to its purpose. Money printing, quantitative easing, zero and negative interest rates — none of it’s revived the failing global economy. And now they’re panicking as recession looms once again.

Massive global spending to combat “climate change” — a page right from the Keynesian book of virtues. Global “helicopter money,” in other words. And to the tune of trillions. From the article:

Investment in global public goods — namely,the infrastructure needed to meet the needs of the developing world and to mitigate climate change — could spur global reflation. An estimated $6 trillion in infrastructure investment will be needed annually over the next 15 years just to address global warming. Moreover, the G-30 has estimated that an additional $7.1 trillion in annual investment by the nine top economies… will be needed to sustain moderate global growth.

The U.S. isn’t up to it. So the IMF would run the show, through the issue of special drawing rights (SDRs):

With the U.S., the issuer of the world’s pre-eminent reserve currency, unwilling or unable to provide the liquidity needed to close the infrastructure investment gap, a new supplementary reserve currency should be instituted.

Central banks, in order to generate resources, would expand their balance sheets by investing through the IMF in the form of increased SDRs… They can be invested as such in the World Bank and other multilateral development banks, which can decide which global public goods deserve the resources… In this way, global public goods can be not only funded; they can also propel global recovery.

There you have it — global economic recovery courtesy of the IMF — through a “supplementary reserve currency.” And saving the planet into the bargain!

Is global warming even real? Will this scheme accomplish a thing? No matter. It’s just a horse to ride. Or perhaps more accurately, a train…

“Democracy is like a train,” opined Turkish president Recep Tayyip Erdoğan, to whom many impute dictatorial motives. “You get off once you have reached your destination.”

Could global warming be just the train the elites are riding to their final “destination?”

They can’t let the rubes with the pitchforks and torches suspect it, of course. That’s why they advance their agenda on cat’s paws.

But here Jim Rickards puts a bell on that cat:

It’s the biggest scam of all. Central banks invest in a new world money issued by the IMF called special drawing rights, or SDRs. Then the IMF, the World Bank and others take this money and invest in climate change, infrastructure and other projects they choose.

Soon this new money sloshing around causes inflation and wipes out the real value of existing government debt and your savings. The elites fund their pet projects, government debt melts away and you pay the bill. Best of all from the elite perspective, almost no one understands what’s happening, because the method is highly technical.

Former Citicorp CEO — with the unimprovable name of Walter Bigelow Wriston — once said something fascinating about his wily opposite number at Goldman Sachs, John Whitehead:

“He walks in the snow and leaves no tracks.”

These elites walk in the snow… and leave no tracks.

One of the reasons the U.S. can’t provide the fuel to power this $6 trillion annual boondoggle — sorry, “program” — is because of something called “Triffin’s dilemma.” It essentially says a nation with a reserve currency must run massive trade deficits to sustain global trade. The trouble is those massive deficits will ultimately bankrupt the issuing nation. So it must either choose to serve the world… or itself. Therein lies the dilemma.

The IMF faces no such constraint. Only the IMF can provide the global liquidity required for this massive spending. Hence the SDR solution for global growth.

In this article, Jim Rickards gives you a full understanding of “Triffin’s dilemma” and the global elites’ plan to use special drawing rights to replace the dollar’s role in the world.