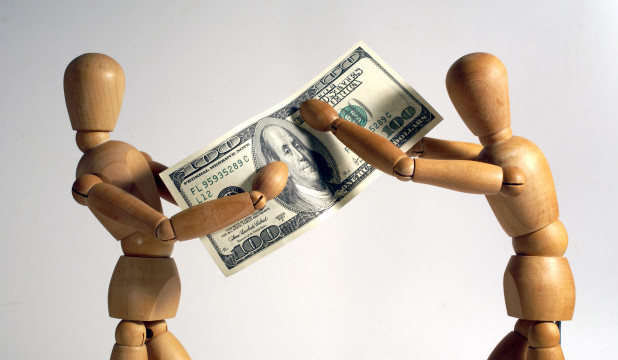 Triffin’s Dilemma and the Future of SDRs

If you don’t know who Robert Triffin is, you should read this closely.

Triffin was a Belgian economist who lived from 1911–1993. He was regarded as one of the leading authorities on gold, currencies and the international monetary system during his career. He made many notable contributions to international economics, but his most famous was the articulation of what became known as “Triffin’s dilemma.”

The paradox of Triffin’s dilemma was pointed out in the early 1960s, yet its implications are just now coming into full view. Far from a relic of the past, Triffin’s dilemma is the key to understanding the future of the international monetary system.

Triffin’s dilemma arose from the Bretton Woods system established in 1944. Under that system, the dollar was pegged to gold at $35.00 per ounce. Other major currencies were pegged to the dollar at fixed exchange rates. The architects of the system knew that these other exchange rates might have to be devalued from time to time, mostly because of trade deficits, but the devaluation process was designed to be slow and cumbersome.

A country that wanted to devalue (for example, the U.K. in 1967) first had to consult with the International Monetary Fund, IMF. The IMF would typically recommend structural changes, to fiscal policy, tax policy and other areas designed to cure the trade deficit.

That was the process for countries other than the U.S. As far as the U.S. was concerned, the link between gold and the dollar was fixed for all time and could never be changed. The dollar/gold link was the anchor of the entire system.

The U.K. relied on Imperial Preference among its trading partners in the British Commonwealth to gain trade surpluses, and also relied on the willingness of those Commonwealth partners to hold sterling in their reserves. The Bank of England assumed Commonwealth members would not ask to convert the sterling to gold. Imperial Preference came under attack by the General Agreement on Tariffs and Trade, the GATT, which was also part of Bretton Woods. (Today, GATT is known as the World Trade Organization, WTO.)

Bretton Woods was a one-two combination punch designed by the U.S. to destroy the British empire. GATT undermined Imperial Preference. The dollar-gold link undermined sterling. It worked. The U.K.’s trade deficits persisted, and the Commonwealth partners demanded their gold. Eventually, the pound sterling was devalued, and the empire dissolved. It was replaced by a new age of U.S. empire and King Dollar.

There was only one problem, and Robert Triffin pointed this out. If the dollar was the lead reserve currency, then the entire world needed dollars to finance world trade. In order to supply these dollars, the U.S. had to run trade deficits.

The U.S. sold a lot of goods abroad, but Americans quickly developed an appetite for Japanese electronics, German cars, French vacations and other foreign goods and services. Today, China has replaced Japan as the main source of exports to the U.S.; still, Americans have not lost their appetite for imports financed by printing dollars.

So the U.S. ran trade deficits, the world got dollars and global trade flourished. But if you run deficits long enough, you go broke. That was Triffin’s dilemma. Any system based on dollars would eventually cause the dollar to collapse because there would either be too many dollars or not enough gold at fixed prices to keep the game going. This paradox between dollar deficits and dollar confidence was unsustainable.

This system did break down in the 1970s. The solution then was to abolish the dollar-gold peg in 1971, and demonetize gold in 1974. But there was a third leg of the stool invented in 1969 — the IMF’s Special Drawing Right, SDR.

The SDR was a new kind of world money printed by the IMF. The idea was that it could be used as a reserve currency side by side with the dollar. This meant that if the U.S. cured its trade deficit, and supplied fewer dollars to the world, any shortfall in reserves could be made up by printing SDRs.

In fact, SDRs were printed and handed out repeatedly during the dollar crisis from 1969–1980. But then a new King Dollar age was started by Paul Volcker and Ronald Reagan, with some help from Henry Kissinger, the king of Saudi Arabia and private bankers like my old boss Walter Wriston at Citibank.

Under the new King Dollar system, U.S. interest rates would be high enough to make the dollar an attractive reserve asset even without gold backing. Remember those 20% interest rates of the early 1980s?

Henry Kissinger also persuaded Saudi Arabia to keep pricing oil in dollars. This “petrodollar deal” meant that countries that wanted oil needed dollars to pay for it whether they liked the dollar or not.

The Arabs deposited the dollars they received in Citibank, Chase and the other big banks of the day. The bankers, led by Wriston at Citibank and David Rockefeller at Chase, then loaned the money to Asia, South America and Africa.

From there, the dollars were used to buy U.S. exports like aircraft, heavy equipment and agricultural produce. Suddenly, the game started up again, this time without gold. This new Age of King Dollar lasted from 1980–2010.

Still, it was all based on confidence in the dollar. Triffin’s dilemma never went away; it was just in the background waiting to re-emerge while the world binged on new dollar creation and forgot about gold. The U.S. ran persistent large trade deficits during this entire 30-year period as Triffin predicted. The world gorged on dollar reserves with China leading the way in the 1990s and early 2000s.

The new game ended in 2010 with the start of a currency war in the aftermath of the Panic of 2008. Trading partners are again jockeying for position as they did in the early 1970s. A new systemic collapse is waiting in the wings.

The weak dollar of 2011 was designed to stimulate U.S. growth and keep the world from sinking into a new depression. It worked in the short run, but now the tables are turned. Today, the dollar is strong, and the euro and yen have weakened. This gives Japan and Europe some relief, but it comes at the expense of the U.S., where growth has slowed down again.

The new dollar-yuan peg with China has also contributed to a slowdown in China. There’s just not enough global growth to go around. The major trading and finance powers are cannibalizing each other with weak currencies. Soon the U.S. and China may devalue relative to Europe and Japan, but that just moves the global weakness back to them.

A new gold standard might be one way to solve the problem, but it would require a gold price of $10,000 per ounce in order to be nondeflationary. No central banker in the world wants that, because it limits their ability to print money and be central economic planners.

Is there an alternative to gold? There is one other way out. That’s our old friend, the SDR. The brilliance of the SDR solution is that it solves Triffin’s dilemma.

Recall the paradox is that the reserve currency issuer has to run trade deficits, but if you run deficits long enough, you go broke. But SDRs are issued by the IMF. The IMF is not a country and does not have a trade deficit. In theory, the IMF can print SDRs forever and never go broke. The SDRs just go round and round among the IMF members in a closed circuit.

Individuals won’t have SDRs. Only countries will have them in their reserves. These countries have no desire to break the new SDR system, because they’re all in it together. The U.S. is no longer the boss. Instead, you have the “Five Families” consisting of China, Japan, the U.S., Europe and Russia operating through the IMF.

The only losers are the citizens of the IMF member countries — people like you and I — who will suffer local currency inflation. I’m preparing with gold and hard assets, but most people will be caught unaware, like the Greeks who lined up at empty ATMs last month.

This SDR system is so little understood that people won’t know where the inflation is coming from. Elected officials will blame the IMF, but the IMF is unaccountable. That’s the beauty of SDRs — Triffin’s dilemma is solved, debt problems are inflated away and no one is accountable. That’s the global elite plan in a nutshell.

We never take our eye off the IMF and its plans to expand the use of SDRs. The IMF will include the Chinese yuan in the SDR basket over the next 12 months to make sure the Chinese are “on the bus” when the endgame begins. That’s an important step in the SDR process.

We plan to report on the IMF annual meeting in Lima, Peru, so you have a front-row seat for these developments. This story has longer to run, but the endgame is already in sight. Stay tuned…