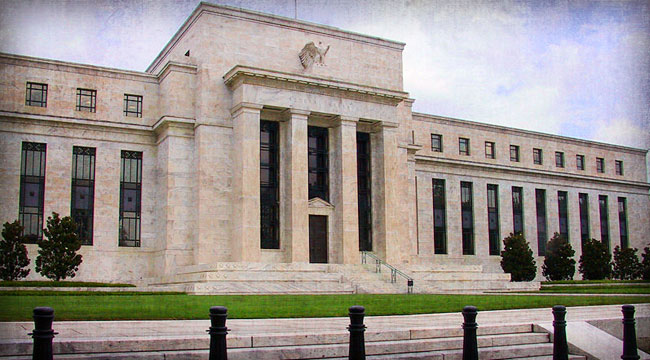 3 Things Central Banks Will Do to "Save the Economy"

We’ve been meaning to write about what hasn’t happened yet.

Not that we claim any knowledge of tomorrow or the day after. But we can look at the present. And here’s a guess about where it might lead.

The middle classes — aka “the voters” — expressed themselves last week. They have been sorely used and they know it.

…the Fed’s QE — has done nothing for [the middle classes]. Instead, it has made their lot worse.

The biggest money-fabricating program of all time — the Fed’s QE — has done nothing for them. Instead, it has made their lot worse.

Investment in new business output has gone down. Their meager savings produce no revenue. And “breadwinning jobs” are scarce.

For all the talk of an “improving labor market,” there is no sign of it in wages. The typical household has $5,000 less income than it had when the 21st century began.

Meanwhile, Europe and Japan grow cold, dark and desperate. Last week, ECB chief Mario Draghi announced the central bank would buy another €1 trillion of bonds to try to light a fire under the euro-zone economy.

And Bank of Japan governor Haruhiko Kuroda got out his matches the week before, claiming potentially unlimited tinder.

Can the US resist the worldwide slump?

Our view is it’s just a matter of time before either the US economy or US stock market begins to wobble.

We could see the Dow fall 1,000 points or more… or we could hear GDP growth has gone negative… or both.

It’s a good bet that the Yellen Fed would intervene again — hoping to keep a small problem from becoming a bigger one.

Ever since the 1930s, central bankers have learned that they will scarcely ever be criticized for overreacting. But if they sit on their hands, they will be damned to hell.

And ever since Alan Greenspan’s 1987 “put,” the Fed has backed up the stock market with whatever policy it deemed appropriate.

Lower rates? QE? It’ll do “whatever it takes.”

Janet Yellen is aware that the two previous Fed chairmen were hailed for having saved the economy from destruction. She won’t want to be the first to let it fail.

While we are guessing, we’ll suppose each rescue effort will be more costly and less effective than the one that preceded it.

That’s the way “stimulus” works. Like looking at naughty pictures, the first are exciting and titillating. Later, they are just boring and sordid.

Like looking at naughty pictures, the first are exciting and titillating. Later, they are just boring and sordid.

Still, a vigorous new response from the Fed would probably produce another rise in financial asset prices. But then what?

When that happens, the central banks lose their ability to coax stocks higher with lower rates.

The Fed has been interfering with the credit cycle for the last 20 years. But when it believes it can overturn the cycle for good… that is when it becomes a big loser.

At that point, and it could be months — or years — ahead, we are likely to see central banks become more creative.

What else can they do?

They will still be fully committed to “saving” the economy. When their policy tools fail, they will have to come up with something different.

What? We see three things:

1) Central banks will buy stocks. Japan, as usual, is ahead of the curve.

2) Governments will bring out large fiscal stimulus packages aimed at infrastructure “investments” that are supposed to pay for themselves.

All of these measures are either already in service or much discussed in the leading financial journals.

What will they mean to stocks? Bonds? The dollar?

Ed. Note: Through their undying commitment to “save the economy” central bankers around the world are making more and more difficult for a true recovery to take place. But where does that leave you? That’s one of the many questions we address in our Daily Reckoning email edition. Click here now to sign up for FREE, to discover actionable things you can do to safeguard and grow your wealth no matter what economic claptrap central bankers come up with next.