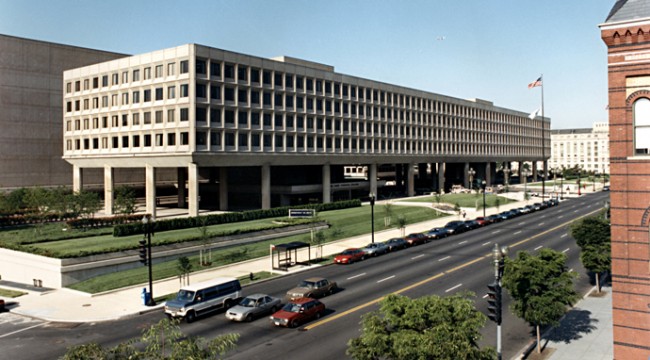 You're “Dumb” if You Rely on EIA Numbers

I had to read it twice because I thought I must be seeing things.

Last week, the Houston Chronicle had an article that touched on the fact that the quality of real-time oil data is, shall we say… less than superb.

The jaw-dropping part of the article involves a direct quote from an U.S. Energy Information Administration (EIA) employed engineer who is directly involved the EIA’s data compiling.

I have to share it in its entirety (my emphasis added):

“‘If you’re using the weekly production numbers to do trades on Wall Street, you’re dumb,’ said Gary Long, a petroleum engineer who compiles numbers for the EIA. ‘This is not going to work out for you. Don’t do that. We’ve actually had people call us and be very angry with us because they’ve lost a lot of money.’”

The people who actually produce the most widely followed oil production data think that it is so unreliable that you are a fool to make any decisions based off of them.

I’m coming to the realization that the whole world is in the dark as to the real-time state of supply and demand in the oil market.

I covered the fact that the EIA real-time production data were lacking back on June 17 for our Outstanding Investment subscribers. The core of the EIA’s problem is that they themselves don’t have access to anything that is real-time, so their reports actually incorporate a lot of estimation, which is notoriously weak when it comes to figuring out turns in the market.

That would make them wrong on both ends of the cycle.

Strangely, while the real-time EIA data continue to report U.S. production is not in decline, the EIA’s monthly Drilling Productivity Report keeps forecasting that U.S. shale production is now in decline… significant decline.

Yes, the EIA is telling us completely different things about the same subject. They should schedule a meeting and get these two departments in the same room to compare notes.

Here is the August version of the report, which predicts a 91,000 barrel-per-day decline in U.S. shale production in the month of August based on the number of rigs drilling today.

The publication of this August Drilling Productivity Report means that the last four reports are calling for shale production declines of:

That is a total decline of 325,000 barrels per day of production over just a four-month period.

So where to from here? What numbers can we trust?

Well, the shale companies that we watch in Outstanding Investments are seeing a decline in production. This drop is a direct result of reduced drilling.

I would expect this reflects what is really going on across the industry.

Time will tell, of course, and I’m sure the EIA will get its numbers straight in due time. But it’s important to realize that even the big data agencies and experts are having trouble keeping up with the fast-moving production stats. Stay tuned.

There are, of course, two sides to the oil story. In addition to supply, we must consider demand.

For that, I’m going to defer to two pretty well-respected oil market observers.

The first is Andrew Hall, whom I’ve written about before. His oil trading colleagues refer to him simply as “God.” Needless to say, they think he knows what he is talking about.

Hall has generally been very long-term bullish, but he has also been able to get out of the way of oil price downturns. He is not a one-trick pony; he is a rational thinker.

Last fall, he actually made money while oil was plummeting. His viewpoint is more credible than most.

In his July 1 letter to his Astenbeck Capital investors, he made the following observation, according to Bloomberg:

“Oil’s collapse is sending demand in the U.S. and Asia ‘on a tear’ that will push prices up this year and into 2016.”

Hall referred to oil demand in the U.S. specifically being up a “whopping” 1.34 million barrels per day over the past four weeks year on year.

Another very well-respected oil market strategist, Mike Rothman at Cornerstone Analytics, also believes that demand is very strong and very much underreported by the EIA and IEA.

Cornerstone is hard data-driven oil market intelligence firm (they do the onerous barrel counting that nobody else is able to do), and usually we don’t get access to their viewpoints. Last week, one of Cornerstone’s reports was leaked online. It showed that Cornerstone believes that global oil demand is currently being underreported by an incredible 2.5 million barrels per day.

If that is true, the supply and demand fundamentals are much, much tighter than pretty much anyone believes.

How do we know whom to believe?

Well, what I try to do is independently come up with my own view based on data that I think are reliable. For me, the reliable data are the production guidance from the E&P industry as a whole, not the EIA data.

In addition to my own work, I listen to the experienced investors/strategists who have a track record for being right. I try to be aware of confirmation bias (seeking out only the opinions that are in line with mine) while doing this, which is more difficult than it may seem.

So what do I think?

At this point in time, I feel pretty strongly that the rate of U.S. production decline is going to surprise pretty much everyone.

On the demand side of the equation, I’m not entirely sure what to believe, but if I were a betting man, I’d follow the most successful oil trader that I’m aware of, that being Andrew Hall.

This last down leg in oil prices has not been a lot of fun, but considering the fact that we have Iranian sanctions lifted, distress over Greece and a rising U.S. dollar, we likely shouldn’t be surprised by a short-term dip.

Over the long term, I still believe oil prices need to head higher (substantially so), with the most likely near-term catalyst being the EIA real-time data finally catching up to the fact that production is in decline (assuming it is).

Keep looking through the windshield,

Today, Zach Scheidt explains how one unfortunate situation made him reflect on the strong trends in store this holiday season… And gives investors a handful of stocks set to benefit most.