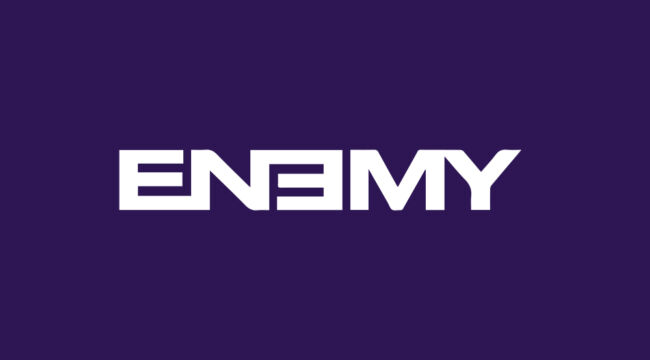 Welcome to the New Age, where authority has no authority and does not deserve to act with any authority, but will act as if it does, anyway, and then lie to you about it.

Nowhere is this quandary more vivid than in the racketeering operation formerly known as medicine.

Our authorities have disgraced themselves behind a new theology of degenerate “science” that veers back into superstition. Proof that they don’t believe their own story shows in their desperate efforts to hide the data, confabulate numbers, ignore true facts and lash out viciously at anyone who discloses their zealous deceits.

Case in point: the persecution of Meryl Nass, MD, in the state of Maine by its Board of Licensure in Medicine.

Dr. Nass is an internal medicine physician and a recognized expert in bioterrorism who famously uncovered the origin of the mysterious “Gulf War Syndrome” as a reaction to the U.S. Army’s own anthrax vaccine.

She has testified before Congress and in many state legislatures about vaccine safety. After the emergence of COVID-19, Dr. Nass spoke out about the dangers of the new vaccines, and in favor of early treatment protocols using ivermectin and hydroxychloroquine.

“Shut Up!” They Explained

Her outspokenness attracted the ire of Maine Gov. Janet Mills, and her sister, who happens to be the “chief health improvement officer” at MaineHealth, a huge network of 12 hospitals, 1,700 doctors and 22,000 employees, deeply invested in the COVID vaccine program.

In January of this year, Dr. Nass’ license was suspended by the Licensure Board based on complaints by two “activists” that she was “spreading misinformation” and for her use of early treatment protocols with her own patients.

The board compelled Dr. Nass to undergo a neuropsychological evaluation to determine if she was a drug abuser or suffered from mental illness. (Flag that, since it implies official defamation of her character.)

The board accused her of “fraud, deceit or misrepresentation” in her practice, “conduct that evidences a lack of ability or fitness” and being “an immediate jeopardy” to public health.

How to Fight Back

For most of this year, the board refused to entertain any defense by Dr. Nass against her suspension until a hearing held on Oct. 11. Days before the hearing, the Licensure Board withdrew all the “misinformation” charges against Dr. Nass without explanation and now bases its case on Dr. Nass’ use of early-treatment protocols.

The hearing was highly instructive on the tactics and strategies for defeating official persecutions against doctors in America (and broadly across all of Western Civ these days), since the Maine Licensure Board acted with obvious ignorance and malice that is easily revealed.

Dr. Nass’ attorney deftly got the board on record attesting to their own deliberate misconduct. For instance, he repeatedly invoked their charges against “spreading misinformation,” forcing the chair, an eye doctor named Maroulla S. Gleaton, to affirm that the charges had been precipitously dropped days before.

There was also some lively discussion of the board’s imputations against Dr. Nass’ mental health and insinuations of drug abuse — Dr. Nass testified that she’d never been treated for mental health issues, had never taken pharmaceuticals for them, never took illicit drugs or been accused of it and, where alcohol was concerned, enjoyed “about five drinks a year.”

The Licensure Board members must have realized in the proceeding that Dr. Nass is fixing to sue the living heck out of them, and that just about everything they’ve said implicates them in a malice-driven campaign to defame her.

Good luck to her!

The CDC Shows Contempt for the American People

Meanwhile, as if there has not already been enough official lying over the lab-birthed COVID-19 virus, the CDC’s Vaccine Advisory Committee voted on Thursday to add Pfizer’s and Moderna’s mRNA shots to its childhood vaccine schedule. The vote was 15 to 0 — a final supreme gesture of contempt for the people of this land.

Had none of the committee members seen reports of mRNA-vaccinated children dropping dead from myocarditis induced by the vaccines? Or read about the effect of the vaxxes on the reproductive organs? Or the enhanced incidence of cancer? Or heard about the damage that the shots instigate in human immune systems?

If not, that would be astounding. The news is all over the place (if not in the mainstream news media). Was any of this discussed in their deliberations? I don’t think so, but we may never know.

But the Lawyers Said It’s Fine

Adding the mRNA shots to the official vaccine schedule will make permanent the liability shield their makers enjoy under the current Emergency Use Authorization (EUA). Pfizer and Moderna are now off the hook for any responsibility, unless fraud over the vaxxes is proven in a court of law.

This is the first time that a pharmaceutical under an EUA has been admitted to the childhood vaccine schedule. The Vaccine Advisory Committee said it was OK because it consulted with the Department of Justice’s Office of General Counsel, and the lawyers there said it was OK.

One might ask: Is it within the purview of the DOJ’s Office of General Counsel to review the medical criteria for such a decision? The answer must be no. How are they qualified? You may be certain they did not parse the drug trial data on the mRNA products, or study the official reports of deaths and injuries.

In short, they know nothing.

Since many states and localities go by the CDC’s vaccine guidelines, as well as pediatricians, then millions of children will be required to get the shots to attend school. So the CDC has not only put an as-yet-untold number of kids on the road to disability, infertility and death, but it may have coincidentally destroyed public schooling in America.

The so-called “uptake” on mRNA shots for children has been paltry. Parents do not want their kids to get the shots. Do you know why? I’ll tell you: Because, unlike the experts who sit on the CDC’s Vaccine Advisory Committee, many parents have actually read about the serious adverse reactions in young people who get the shots.

And many more have heard enough horrifying rumors — despite the criminal delinquency of the major news media in ignoring any negative news about the vaxxes — prompting these parents to steer clear of vaxxing their children. Other countries have officially and altogether discontinued mRNA vaxxes for children.

Do you think that’s for no reason?

If the schools require mRNA shots, then many parents will not send their kids to these schools. Parents have plenty of other reasons to want to withdraw their kids from public schools, not least the pervasive race-and-gender hustle that is replacing actual teaching in this country.

The schools are now hostage to Marxist lunatics, launched from colleges and universities that are likewise captured by Marxist lunatics. They seek to overturn Western Civilization and its long train of accomplishments in discovering how the world works. They seek to replace all that with a set of wishful fairy tales that don’t comport with reality.

Why would any sane parent subject their child to such a wicked regime? Might this not provoke a rebellion against paying the exorbitant school taxes all across America?

Beneath all of this lies the subterranean flow of enormous sums of money to the pharma companies that virtually own the U.S. public health bureaucracy. Anthony Fauci’s minions, dispersed among the various agencies under the U.S. Department of Health and Human Services, plus those in the ancillary CDC, have been pulling hundreds of thousands of dollars a year in royalties from patents associated with the mRNA products.

And they’ve continued to haul in that schwag during the three-year fracas over the bad-faith origins of COVID-19 and the deceitful introduction of these so-called “vaccines” — which do not stop the transmission of the disease and present manifold dangers to those who take them.

Everything the authorities tell you about all this is a lie. They are turning desperate because the time is at hand when they will actually have to answer for their crimes against the people of this country.

They don’t deserve your respect and they surely can’t command your compliance. You’re their enemy, and they should be yours.