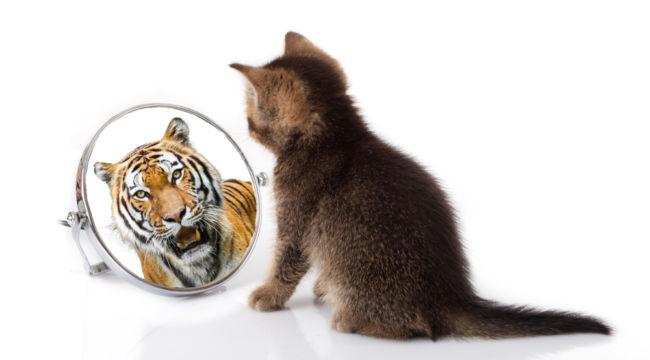 You Are Badly Deluded

“Mundus vult decipi, ergo decipiatur” — the world wants to be deceived, so let it be deceived.

That is, the world wishes to be eternally and infinitely deceived.

Why… indeed… do people elect presidents?

But let the world be deceived, we say.

Life is “nasty, brutish and short,” in the words of  Mr. Thomas Hobbes.

Like gazing into the midday sun, the normal human being cannot gaze directly into reality for long.

He can only approach it at an angle.

He must grab something — anything — to soothe him and to ease his way across the perilous valley.

Man is thrown unaskingly and unwillingly into this wicked and wrathful world.

He is then dangled cruelly between two infinities — one behind, one ahead — knowing well his flickering earthly candle will blow out.

Next he comes to this elemental fact:

Come his demise, the odds are excellent that he will boil in pitch for all eternity.

This we have on infallible authority — 1 Corinthians 6:9–10:

Hence man’s desperate, eternal plea for deception. Hence his embrace of quacks and pitch men eager to gratify it.

And the grimmer the reality… the louder his shrieks to be conned, foxed and deceived.

Sit down momentarily with the realities listed — if you can summon the steel.

If you do not run a razor across your wrists within three minutes, you, friend, are one lionheart — believe it!

That “buy and hold” — over hill, over dale, thorough bush, thorough brier — is the everlasting way to wealth…

That deficits do not matter…

That prosperity springs from the printing press, that money and wealth are identical twins, to have money is to have wealth. The examples of Zimbabwe, Venezuela, Argentina, Weimar Germany, post-WWII Hungary — to name some — count nothing…

Relatedly, that the addition of water to wine yields more wine. That is, diluting the purchasing power of money yields more money…

That national wealth increases with the reduction of foreign trade. That is, the nation is wealthiest when Americans must pay more at Walmart. Similarly…

That raising the prices of life’s essentials raises the general economic level. See, for example, the Great Depression — when crops were set aflame and livestock murdered — while millions starved…

That negative interest rates are positives…

That democracy — the theory that the individual may be a dunce but a million dunces equal Einstein — is a superior form of government. Or as Mencken labelled democracy, “a pathetic belief in the collective wisdom of individual ignorance.”

Moreover, that all the world’s nations long painfully for American democracy. Baghdad to Kabul, Mogadishu to Damascus, Beijing to Caracas, the name Thomas Jefferson is on all lips, at all times…

That this time is different.

Not All Lies and Delusions Are Bad

Do we denounce the world in its cowardly resort to delusion and lies?

Not in the least.

Who can denounce the former beauty, now wrecked with age, who wishes the mirror would show her a fabulous fiction?

Why must the world peer defiantly into the fathomless pit, why must it take the cold bath stoically and bravely?

A full and honest trial of the facts would send the world forever under the bed, hopeless and resigned.

No one would budge a jot in the course of his day.

And let it go into the record:

Your editor is not exempt from this immemorial human need for delusion.

We cherish certain beliefs particular to our station and circumstances.

Go at them at honestly — we must concede — and they may fail rigorous scientific audit.

Among these are the beliefs…

That we are wiser than 1,000 Solomons strung together…

That we stand seven feet in height…

Most delusionally of all, and against a Grand Canyon-full of opposite evidence, we cherish the gorgeous fiction…

That our New York Metropolitan Baseball Club will win another World Series before we sink into the cauldron to roast forevermore.

Thus we are in deepest sympathy with the world… and its ceaseless quest to be deceived.

The world would be unendurable without comforting fictions to stroke our hair and caress our gills.

We have the stock market and the economy close in mind.

But whatever miseries they inflict… they cannot parallel the miseries of constant warfare with reality.

And so we speak our piece for delusion.

“All are lunatics,” said the great scalawag Ambrose Bierce… “but he who can analyze his delusion is called a philosopher.”

And who wants to be a philosopher?

Yours in hopeless and eternal delusion,