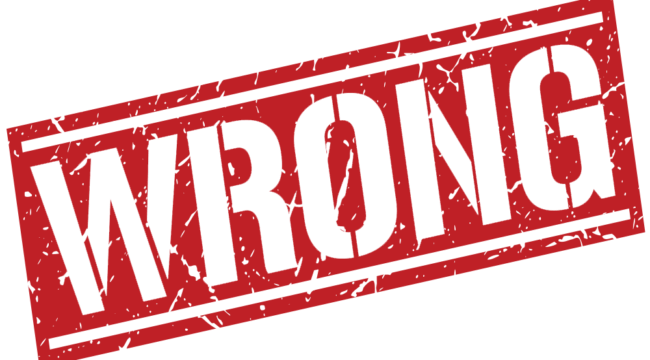 The Federal Reserve met last week and voted to keep interest rates unchanged. What a shock!

The Fed also gave an upbeat forecast of economic growth, predicting that the U.S. economy will grow 6.5% this year, its highest rate in nearly 40 years. Its December 2020 forecast projected 4.2% growth.

The Fed also expects that the economy could return to full employment next year and that inflation could hit 2.4% this year before declining again.

In effect, the central bank said they were willing to let the economy run “hot” and risk higher inflation in order to capture the benefits of stronger growth.

Zero rates are essentially a given as far as the eye can see. What about that growth forecast?

The Fed has one of the worst forecasting records of any financial institution in the world. My expectation is that growth is slowing now and will get worse as the year progresses.

I believe this will be especially true as the Biden administration policies of higher taxes, more regulation, and open borders that import cheap labor take effect.

Little Cause for Optimism

Where’s the evidence that growth is slower than the Fed expects?

Inflation measures remain weak. The annual core consumer price inflation rate moved down from 1.7% in September 2020 to 1.3% in February 2021.

The overall consumer price inflation rate (including food and energy) rose modestly from 1.4% in September 2020 to 1.7% in February 2021.

On a year-over-year basis, the core personal consumption expenditures rate of increase (the Fed’s preferred index) moved from 1.4% in October 2020 to 1.5% in January 2021.

All of these inflation measures show declines or only modest gains and are well under the Fed’s 2% inflation goal.

Meanwhile, retail sales fell 3% in February on a month-over-month basis after a January gain. January retail sales were boosted by the $600 per person government handout at the end of December.

February retail sales slumped because there was no government handout that month. A new handout is coming, this time $1,400, so we may see a boost in retail sales again in March.

The point is that there is no underlying, strong demand. Here’s some more cold water on the Fed’s optimistic forecast…

On March 16, the Commerce Department reported that February industrial production dropped 2.2% month-over-month. It’s true, the U.S. economy is mostly service-based, but the better-paying jobs with benefits for blue-collar workers are in the industrial sector.

What about unemployment overall?

Still, that improvement masks the fact that the so-called U6 unemployment rate, which includes those not counted in the labor force and those with part-time jobs who are seeking full-time jobs, is stuck at 11.1%, a level associated with economic depressions.

The unemployment rate has gone down, not because there is tightness in the labor market, but because the pool of job seekers has declined.

Buried in the latest jobs report is the fact that average weekly earnings declined from $1,045 in January to $1,038 in February 2021. We are a long way from slack in the labor market.

New claims for unemployment grew 770,000 last week, an increase from the prior week and the 52nd consecutive week of claims above the pre-pandemic record of 695,000 claims.

Additionally, the personal savings rate has surged. Immediately after the pandemic struck, the savings rate increased to 33.7%. It declined to 12.5% by November 2020, then spiked again to 20.5% in January 2021.

These are extraordinarily high savings rates by U.S. standards. This means that the government can mail out checks in the trillions of dollars as so-called COVID relief, but people aren’t spending the money.

They are saving the money, paying off debt (another form of saving), or investing in stocks, which feeds asset bubbles.

In short, the hard data paints a picture of low inflation, weak job creation, high savings and only modest GDP growth going forward, the opposite of what the Fed expects.

Look for high interest rates on 10-year Treasury notes to reverse sharply once the slow-growth reality sinks in.

The one thing that’s not slowing down is government spending. Quite the opposite, in fact…

Many believed that the new $1.9 trillion COVID-relief bill recently signed by Joe Biden would be the last bailout law and end the deficit spending binge needed to pull the U.S. economy out of the pandemic-related slump. To those believers, we say, “Guess again.”

Democrats didn’t even wait for the ink to dry on Biden’s signature before beginning to plan a new deficit spending bacchanal, this time perhaps as much as $4 trillion. I’m not sure why it’s needed considering the most recent $1.9 trillion of deficit spending had little to do with COVID.

Only about $250 billion went for pandemic projects, such as vaccine production, vaccination centers, aid to hospitals, medical equipment and therapeutics.

The other $1.65 trillion went to earned-income credits (that no longer have to be “earned;” you get them for doing nothing), child-care credits, union pension fund bailouts, higher unemployment benefits, extended unemployment benefits, student loan relief, and all-purpose blue state bailouts for New York and California.

You can debate the merits of each one of these programs, but the fact remains that they are not directly related to COVID relief. They’re welfare programs, pure and simple.

The new bill being considered by Democrats will focus on climate change, legalization of illegal immigrants and infrastructure. Again, these programs have nothing to do with COVID-relief and everything to do with the longstanding wish list of political goodies.

The White House and Congress are apparently under the sway of Modern Monetary Theory (MMT), which says that deficits don’t matter, debt levels don’t matter, and there is no limit on Treasury borrowing or Fed money printing as long as there is slack in the labor market.

Most members of Congress have probably never heard of MMT until very recently (if at all), but they’re marching to the beat of the drum as sounded by Bernie Sanders and Alexandria Ocasio-Cortez.

The historic reason for not pushing the national debt to the absolute limit except in time of war was to make sure there was some slack in the bond market in case of war. You kept your borrowing capacity in check as a form of dry powder in case it was needed for an existential crisis.

MMT ignores this constraint and pushes debt to the limit leaving nothing in reserve. Let’s hope we don’t have a real war that may have to be funded under stretched conditions.

History says we may not be so lucky.

The case for owning gold has rarely been stronger. I recommend you take advantage of today’s bargain prices to buy your gold or add to your holdings.