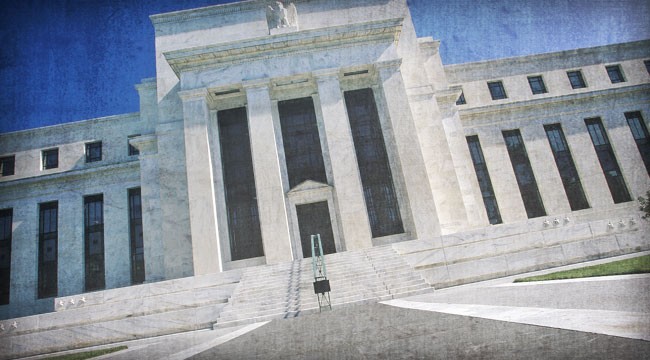 The Wreck of the Monetary Hesperus

For 73 months running the Fed has lashed the money markets to the gross financial anomaly of ZIRP. Never before in the history of the world has any central bank or other monetary authority decreed that overnight money shall be indefinitely free to gamblers or that liquid savers should have their hard earned wealth chronically confiscated by negative returns after inflation and taxes. And, needless to say, never have savers and borrowers in a free market struck a bargain night after night after night at 0% for six years running, either.

Yet now comes another Fed meeting and announcement that our monetary overlords will be “patient” with zero cost money for several more meetings. Indeed, there are even hints that the era of ZIRP could extend beyond mid-summer — that is, for more than 80 months.

So an urgent question screams out. Don’t these obstinate zealots realize that zero cost overnight money has only one use, and that is to fund the carry trades of Wall Street gamblers?

Accordingly, are they not even more culpable than Longfellow’s skipper, who perished along with the fair daughter he lashed to his ship’s mast because he insouciantly belittled a ferocious storm made by nature?  By contrast, these benighted folks at the Fed are actually fueling their own hellish financial storm, thereby leaving in mortal danger the main street economy which they, too, have foolishly nailed to the mast of ZIRP.

The reason that ZIRP is of exclusive benefit to financial gamblers is straightforward. No businessman in his right mind would fund equipment, inventories or even receivables with borrowings under a one-day or even one-week tenor. The risk of fatal business disruption resulting from the need to precipitously liquidate working assets if funding can not be rolled-over at or near the existing interest rates is self-evident.

Likewise, no sane householder would buy a home, automobile or even toaster on overnight borrowings, either. And, yes, financial institutions experiencing the daily ebb and flow of cash excesses and deficiencies do use the money market. But managing fluctuating cash balances does not require ZIRP — especially when most banks alternate between being suppliers and users of funds on practically an odd/even day basis. Cash balances in the financial system can be cleared at 0.2%, 2% or 5% with equal aplomb.

Cash balances in the financial system can be cleared at 0.2%, 2% or 5% with equal aplomb.

So ZIRP is nothing more than free COGS (cost of good sold) for Wall Street gamblers. It is they who harvest the “arb”. That is, the spread between the free funding dispensed by the Fed and any financial asset with a yield or prospect of short-term gain. And, yes, if push comes to shove, these same fast money gamblers can ordinarily liquidate their assets, repay their borrowings and start with a clean book the next morning — unlike business and household borrowers in the main street economy.

Stated differently, the Fed’s ZIRP policy is a giant subsidy to speculators. Owing to the utter foolishness of its “transparent” communications policy, embodied in such gems as the fact the term “patient” is now the well understood code word for no rate increases for the next two meetings, traders don’t even have to worry about one single dime of unexpected change in their carry cost, or the losses that can result from needing to suddenly dump less than fully liquid assets in order to repay their overnight borrowings (or liquidate options and other similar “structured finance” positions).

The truth is, in an honest free market traders can not earn windfall returns arbing the yield curve. The vigorish gets competed away. And the independent movement of asset prices and funding costs compress returns toward the time value of money and the risk differentials embedded in each trader’s specific book of assets and liabilities.

By contrast, the ZIRP market is completely dishonest and therefore deeply subsidized. And every Econ 101 student knows that when you deeply subsidize something, you get more and more of it. In essence, by clinging obstinately and mindlessly to ZIRP the Fed is just systematically juicing the gamblers, and thereby inflating ever greater mispricing of financial assets and ever more dangerous and explosive financial bubbles.

In fact, after 73 months of ZIRP how can rational adults obsess over whether the first smidgeon of a rate increase should occur in June or September and whether the economy can tolerate a rise in the funds rate from 12 bps today to 25 bps sometime down the road?

The difference is utterly irrelevant noise to the main street economy; it can’t possibly impact the economic calculus of a single household or business.

Having pinned the money market rate at the zero bound for so long and with such an unending stream of ever-changing and fatuous excuses, the occupants of the Eccles Building do not even know that they are engaging in a word splitting exercise that is no more meaningful than counting angels on the head of a pin. Indeed, if they weren’t mesmerized by their own ritual incantation they would not presume for a moment that a fractional variance of the money market rate away from ZIRP would have any impact on main street borrowing, spending, investing and growth.

So why does the Fed persist in this farcical minuet around ZIRP? For two reasons that are not at all hard to discern.

In the first instance, the Fed is caught in a time warp and fails to comprehend that the game of bicycling interest rates to heat and cool the macro-economy is over and done. The credit channel of monetary transmission has fallen victim to “peak debt”. The main street economy no longer gets a temporary pick-me-up from cheap interest rates because balance sheets have been tapped out.

The only actual increases in household debt since the financial crisis has been for student loans, which are guaranteed by Uncle Sam’s balance sheet, and auto loans which are collateralized by over-valued vehicles. Stated differently, home equity was tapped out last time; wage and salary incomes have been fully leveraged for years and households have nothing else left to hock.

Likewise, the Fed’s interest rate machinations have not induced business to acquire incremental productive assets financed with borrowed capital. Instead, virtually the entire increase in business debt outstanding — and it is considerable, having rising from $11 trillion on the eve of the financial crisis to nearly $14 trillion today — has gone into financial engineering. But stock buybacks, LBOs and cash M&A deals do not cause output to expand or productivity to increase whatsoever. They just bid up the price of existing financial assets, thereby further rewarding the ZIRP-enabled gamblers who inhabit the casino.

Given the utter blockage of the credit channel of monetary transmission to households and businesses, then, why on earth do our monetary central planners cling so desperately to ZIRP? The apparent answer is that it even if the credit channel of transmission is badly diluted, cheap money might still do a smidgeon of good. Besides, it hasn’t caused any consumer price inflation so, they contend, what’s the harm?

Virtually the entire increase in business debt outstanding has gone into financial engineering.

Yes, and doing a rain dance neither causes harm nor rain, either. But there is a huge difference. Zero interest rates are not even remotely harmless. They amount to a colossal economic battering ram because they transform capital markets into gambling casinos.

So doing, they cause risk and long-term capital to be mispriced, meaning an accumulating level of malinvestment and excess production capacity; and this is a worldwide condition because all central banks are engaging in the same game of financial repression.

As is now evident in the case of oil, iron ore, copper, consumer electronics and much more, massive excess capacity ultimately results in the collapse of boom time prices. Soon there is in motion a withering cycle of deflationary adjustment, profit collapse and a plunge in new capital spending.

So our monetary central planners are trapped in a dangerous feedback loop. Having fueled the boom with cheap money, they now justify the prolongation of ZIRP on the grounds that they must use the same tool to ward off the deflation they caused in the first place.

At the end of the day, there is nothing behind the curtain at the Eccles Building except for the specious doctrine of wealth effects. Fractional changes in the money market rate are of relevance only to the day traders and robo machines which occupy the casino. Today’s words clouds in the Fed’s 529 word statement, and tomorrow’s potential hairline changes in the money market interest rate, are all about speculator confidence.

Fed policy is designed to keep them dancing. It rests on the delusional hope that the drug of ZIRP or near-ZIRP can keep the stock market averages rising and a trickle down of extra spending by the wealthy flowing into the reported GDP and job numbers.

History proves beyond a shadow of doubt that bubbles fueled by bad money ultimately splatter into a world of harm. So now comes the Wreck of the Monetary Hesperus. And unlike Longfellow’s foolish captain, the Fed is not only ignoring the coming storm, but is actually fueling its intensity with malice of forethought.

This article was originally featured on my Contra Corner website.

Ed. Note: Be sure to sign up for The Daily Reckoning — a free and entertaining look at the world of finance and politics from every possible angle. And while the articles you find here on our website represent our commitment to high quality commentary, they’re only a snippet of what you receive inThe Daily Reckoning email edition. Click here now to sign up for FREE to see what you’re missing.