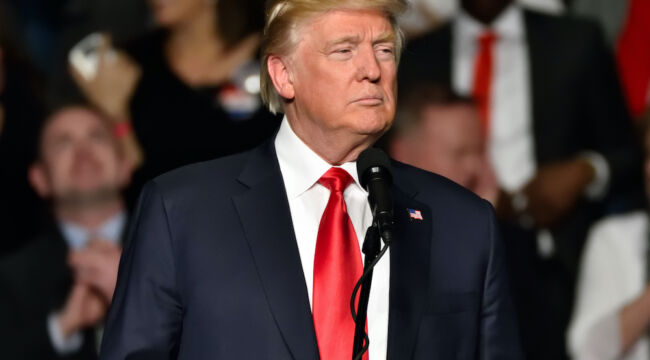 Normally a coming election would dominate the headlines and conversation. We’d be discussing the coming conventions, the choice for vice president on the Democratic side, the platforms, the polls and other minutiae of the political process.

Those conversations are taking place among some and the polls are being reported on cable news on a consistent basis, but almost no one cares.

People may care by October, but not now. Instead the public is focused on three other issues of more pressing concern: the pandemic, the New Depression and social unrest. That’s as it should be.

Joe Biden has been confined to his basement recreation room. Donald Trump has been mostly confined to the White House, although he has begun to venture out and even attended a campaign rally in Tulsa, Oklahoma.

Now, it’s too soon to make definitive forecasts at this stage.

But if the presidential election were held today, Trump would almost certainly lose to Biden.

This reality is reflected not only in the national polls (which don’t mean much because the U.S. does not have national elections; we have state-by-state elections implemented through the Electoral College).

It is also reflected in polls from key battleground states such as Michigan, Pennsylvania and Wisconsin.

Even allowing for the fact that some of the polls are poorly constructed and oversample Democrats relative to Republicans, Biden’s leads are substantial.

I was one of the very few analysts who predicted a Trump victory in 2016. I did this in national TV interviews in Australia, London and New York in addition to writing about it in my newsletters.

I made this forecast at a time when polls and pundits were giving Hillary Clinton a 92% chance of victory. So I know something about how to interpret polls, search for anecdotal evidence and not get caught up in the mainstream media narrative.

Yet those same skills that caused me to predict a Trump victory in 2016 now point to a Trump defeat.

I’ve often defended Trump’s policies, especially regarding trade with China, so I certainly can’t be accused of being anti-Trump.

That’s just an objective analysis based upon the latest data.

Of course, the election is still 125 days away and there’s time to turn things around. A lot can happen in politics in a week let alone four months. But that’s not as much time as it sounds.