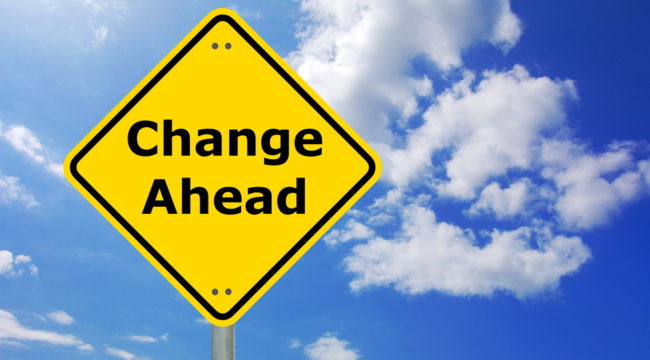 The Fourth Turning is a book that makes the case for an 80-year cycle of existential crisis in U.S. history.

The first crisis was the constitutional process (1781) following the end of the Revolutionary War, whether the states could agree on a federal structure; the 2nd crisis was the Civil War (1861) and the 3rd crisis was global war — World War II (1941).

According to this proposition, we’re fast approaching an existential crisis that could upend the status quo in a fundamental fashion.

While there is a great deal of historical evidence for cycles, predicting a major transition based on previous cycles is obviously a guess rather than a certainty.

So will everything change in 2020-25, or will the present simply extend another five years?

We have to start by defining what qualifies as fundamental change. In my view, if the current distribution of income, power and ownership of capital remains unchanged, nothing of import has changed.

There might be dramas playing out in the political theater, but if the asymmetrical distribution of income, power and wealth doesn’t change, then the dramas are merely another form of distraction/entertainment.

The other type of change that qualifies as fundamental is the breakdown of the structures of everyday life: the distribution, cost and availability of food, fresh water, energy, healthcare, income and basic security.

One way to measure the vulnerability of any society to breakdown or a fundamental reshuffling of income, wealth and power is to examine its buffers — the resiliency and reserves of the core systems.

I often reference buffers, as these are largely invisible to everyone who isn’t intimately familiar with the workings of each system: the reserves that can be drawn upon in crisis, the redundancies, the staff and management training to handle crises, and so on.

Two examples that are often referenced are the supplies of gasoline in service stations and the food in supermarket shelves and coolers.

Each commodity — food and fuel — are largely “just in time,” meaning that the supply and distribution system is a long, complex chain with minimal buffers, as the systems have been optimized for efficiency not resilience.

Any disruption in any link of the supply chain will break the entire chain.

The ultimate buffer for any nation-state is its currency, a.k.a. “money.” If its currency still acts as a store of value globally, the nation in crisis can issue more money to buy whatever is needed to alleviate the crisis.

If trust in the value of the money has been lost by over-issuing new currency, this buffer has been depleted.

Social and cultural buffers are more difficult to assess. Deeply corrupt societies may find that the public’s patience with the abuses of power that manifest as endemic corruption has thinned to the point that mustering the police and army no longer protects the status quo.

Financial systems have multiple points of resilience or fragility. If we take the 2008 Global Financial Meltdown as an example, the Federal Reserve created or backstopped/guaranteed an astonishing $27 trillion out of thin air to restore trust.

It worked a decade ago, but saving the banks does not necessarily restore the “animal spirits” of borrowing more money to chase assets higher, and it certainly doesn’t boost investments in productivity, the ultimate source of broad-based prosperity.

It also doesn’t create more income for heavily indebted borrowers, and with interest rates globally at or near zero (or even lower), there is very little room to lower the cost of servicing existing debt.

It certainly feels as if financial “fixes”– making it cheaper to borrow and refinance existing debt — have run their course, and have entered the fatal decline of diminishing returns: every additional dollar of debt adds less and less real growth to the economy.

One example of how finance, politics and institutional fragility come together is public pensions, many of which are based on unrealistic financial projections of endlessly rising profits, capital gains and taxes.

We are now in the longest expansion in modern history, yet it doesn’t feel as robust as the expansions of the 1950s to early 1970s (les trente glorieuses, the “glorious 30” years of magical expansion 1945-1975) or the financialization/cheap oil boom of the 1980s or the Internet boom of the 1990s.

History informs us that crises that could have been handled with relative ease in the past, when buffers were wide and core systems were resilient, end up triggering a domino-like collapse of entire empires.

These phase shifts often follow periods of financial depression, drought or pandemic (the three often go together as people who get less to eat have compromised immune systems that are then vulnerable to epidemics) that erode the economy and core institutions.

If we put all this together, it seems we are facing a much different type of crisis this time, one in which the core systems of the economy and society have become increasingly fragile behind the thin facade of stability, and are thus more vulnerable to disruption.

The crisis of 1781 was essentially a struggle to balance the forces of state and federal power, a balance that already included the divisive issue of slavery.

By 1860, the political compromises that had duct-taped the Union without actually resolving the great divide between slave and free states collapsed, and the issue was resolved by war.

In 1941, a U.S. possessive of its relative isolation was forced to choose between an increasingly precarious isolation and a decisive battle with the Nazi Reich and the Japanese Empire.

Perhaps nothing, if all the duct-taped “fixes” for the increasing asymmetries of income, wealth and power hold, and food, fresh water and energy remain cheap and abundant.

But it feels as if the resiliency of society, governance and the economy have thinned to the point that any one domino falling might knock down many others, leading not to a specific crisis such as war or a political struggle, but a generalized failure of the entire status quo:

A collapse of indebtedness, a collapse of overly complex and unaffordable institutions, a sharp drop in the purchasing power of fiat currencies, a loss of faith in political processes, a collapse of trust in technocratic expertise and the mass media, and possibly scarcities of essentials that could drive prices much higher.

History suggests these systems are all interconnected and interdependent (i.e. tightly bound systems), so the collapse of one system triggers crises in all the systems it is connected to.

The possibility of such a cascading crisis of the entire status quo isn’t even on the radars of the government, media, academia, corporations, etc. There are indications that the Pentagon has contingency plans that recognize the fragility of global systems, but at this point any domino-like expanding crisis will unfold in a status quo lacking any coherent response.