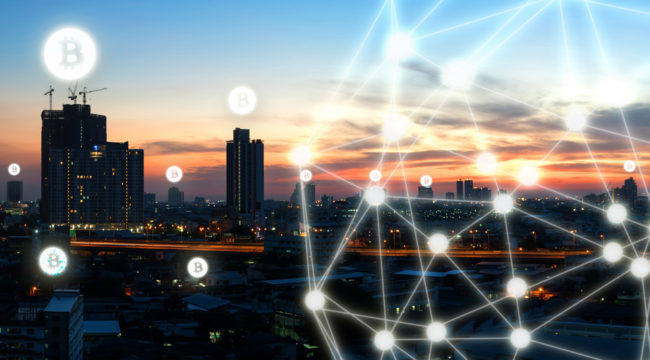 Will Cryptocurrencies Liberate the Internet?

The “cryptocurrency” moment has burst upon markets as a bolt from Zeus.

Fortunes have already been made… more certainly will be.

Their drummers say these digital currencies and the “blockchain” technology in back of them could revolutionize money, finance, banking… a thousand fields of enterprise.

But could it revolutionize — and truly liberate — the internet itself?

You may believe the internet is already liberated.

But the Googles, Facebooks, Twitters and Microsofts of this world exercise vast control over its infrastructure.

In their role as gatekeepers… are these not monopolies of sorts?

And the internet lies under the cold and weighty hand of government regulation.

But if this crypto business has authentic juice in it, that all may change.

Louis Basenese is our resident cryptocurrency authority. We let Louis sketch the scene:

This season, they’re attempting to decentralize the internet.

Now, the internet might seem decentralized already. But the data we send and receive must pass through data centers — which are controlled by giant companies like Amazon and Google.

And companies like Comcast and Verizon act as the gatekeepers, controlling who can even access the internet.

In the show, they’re attempting to make the internet fully peer-to-peer.

As one of the characters says, “If we could do it, we could build a completely decentralized version of our current internet… with no firewalls, no tolls, no government regulation, no spying. Information would be totally free in every sense of the word.”

The thing is there’s a new cryptocurrency about to launch that does exactly that.

We already know that cryptocurrencies offer a decentralized platform for completing transactions.

This allows us to cut out the middleman so we can transfer money peer to peer.

But we’ve just uncovered a new coin that decentralizes the internet itself.

In deference to Louis’ paying customers, we cannot disclose the identity of this particular concern.

But the larger question:

And will cryptocurrencies one day realize the vision of a liberated internet?

In 2007, author Nassim Nicholas Taleb produced a book sensation bearing the title The Black Swan: The Impact of the Highly Improbable.

A black swan is “an event, positive or negative, that is deemed improbable yet causes massive consequences.”