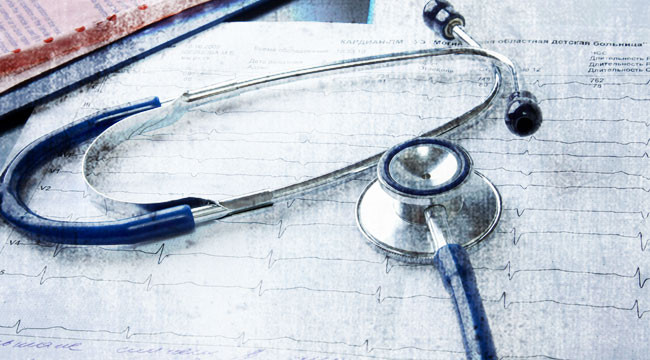 Why the White House Is Panicking About Obamacare

The Obama administration is looking far and wide, leaving no stone unturned in a relentless search for… well… for help.

Help with what? Help with getting people to enroll in health insurance plans this fall.

And why is that? Because the administration is facing the very real possibility that its signature piece of legislation may fall flat on its face.

Last month’s announcement that the employer mandate will be delayed for a year and that income verification for people getting subsidies will also be delayed are the latest signs of trouble. The next shoe to drop may be the failure for people to obtain (ObamaCare) insurance — even if it’s free or highly subsidized.

You almost never read statistics like these in the mainstream media. Why? Because they completely undermine health policy orthodoxy: the belief that health insurance (even Medicaid) is economically very valuable, that it improves health and saves lives, and that the main reason why people don’t have it is that they can’t afford it.

Both developments reduce the incentive to spend time and money enrolling in a health plan.

I have described before the experience of emergency room care in Dallas:

“At Parkland Memorial Hospital both uninsured and Medicaid patients enter the same emergency room door and see the same doctors. The hospital rooms are the same, the beds are the same and the care is the same. As a result, patients have no reason to fill out the lengthy forms and answer the intrusive questions that Medicaid enrollment so often requires. At Children’s Medical Center, next door to Parkland, a similar exercise takes place. Medicaid, CHIP and uninsured children all enter the same emergency room door; they all see the same doctors and receive the same care.

Interestingly, at both institutions, paid staffers make a heroic effort to enroll people in public programs — working patient by patient, family by family right there in the emergency room. Yet they apparently fail more than half the time! After patients are admitted, staffers go from room to room, continuing with this bureaucratic exercise. But even among those in hospital beds, the failure-to-enroll rate is significant.

Clearly, Medicaid enrollment is important to hospital administrators. It determines how they get paid. Enrollment may also be important to different sets of taxpayers. It means federal taxpayers pay more and Dallas County taxpayers pay less. But aside from the administrative, accounting and financial issues, is there any social reason we should care?

Economics teaches that people reveal these preferences through their actions. If people act as though they are indifferent between being uninsured and being on Medicaid, we may infer — based on this behavior — they are equally well off in both states of the world from their own point of view.”

Against this conclusion, advocates of “behavioral economics” might argue that people don’t know what’s best for them. They have to be “nudged.” Seeing a football star on TV encouraging young men to enroll in a health plan might do the trick. But for the Obama administration that doesn’t solve the problem. People need more than an initial nudge. They have to be nudged every month.

Take Massachusetts. That state cut its uninsurance rate in half. But the main vehicle was Section 125 plans set up by employers. These accounts allow employees to pay their share of the premiums with pre-tax dollars and they are mandatory. Further, for lower-income employees the insurance is highly subsidized by the state. More to the point, under this arrangement, the employee’s contribution is automatically deducted every pay period.

Under ObamaCare, similarly situated individuals are going to be expected to pay a monthly premium the way they pay their utility bills. But with this difference. When people don’t pay their electricity bills, the utility cuts off their electricity. When they don’t play their rent, the landlord throws them out in the street. But when they don’t pay their health insurance premium, what happens then? Not much.

Why is it so important to the administration to have people enroll? If they don’t enroll in Medicaid, I don’t think it matters very much. But if they don’t enroll in private plans sold in health insurance exchanges, it will matter a great deal. Remember, these will be artificial markets in which insurance will be underpriced to the sick and overpriced to the healthy. A lengthy, complicated enrollment process will further discourage those with no health problems.

But if the only people who enroll are those who are sick, the average premium will go through the roof. A death spiral will ensue as ever increasing premiums price more and more buyers out of the market, leaving only those whose expected medical expenses exceed those high premiums.

The bright side of all this is a possible teaching moment. The whole nation may be treated to one vast demonstration of why prices matter.