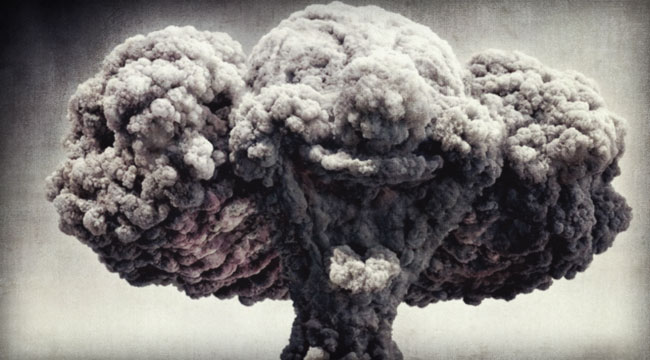 Why the Government Views You As Collateral Damage

The illusions, mistakes and misconceptions of central planners take their toll in a great variety of ways — mostly as costly nuisances.

Occasionally, when they are particularly ambitious, they make the history books.

Napoleon’s march on Moscow. Mao’s great famine. The Soviet Union’s 70-year economic experiment. These fiascos are caused by well-meaning, smart public officials. They are the Hell to which the road paved with good intentions leads.

The pretension of the central planner is that he knows a better future — one that he can design and bring about.

Sometimes, a mistaken public policy can be reversed or abandoned before it has done serious harm. Mostly, however, a combination of special circumstances makes correction impossible. The disastrous policies are reinforced until they finally reckon themselves out in a catastrophic way.

None of those things is more than an illusion. Together, they constitute what F. A. Hayek called “the fatal conceit, that man is able to shape the world around him according to his wishes.”

Full knowledge of current conditions would require an infinite amount of real information. As 19th century philosopher, Samuel Bailey, wrote in 1840, it would require “minute knowledge of a thousand particulars which will be learnt by nobody but him who has an interest in knowing them.” The planners have nothing like that. Instead, they rely on a body of popular theories, claptrap and statistical guesswork.

As to the second point — that they are blessed with some gift that tells them what the future should be — we pass over it without argument.

No one really believes that people in the United State Congress or the French National Assembly or in the bureaucracies and think tanks of these nations have anything more to guide them than anyone else. Which is to say; all they have is their own likes and dislikes, prejudices and fears, and self-serving ambitions.

Each man always does his level best to shape his world in a way that pleases him. One wants a fat wife. One wants a fortune. One wants to spend his time playing golf. Each will try to get what he wants depending upon the circumstances.

And the future will happen.

The pretension of the central planner is that he knows a better future — one that he can design and bring about. The god-like vanity of this assertion is staggering. No one really knows what future is best for humankind. People only know what they want.

I presume that the best future is the one in which people get what they want… or at the very least what they deserve. A man burning in hell may want ice cream; it doesn’t mean he will get it. But the central planner presumes to know not only what he wants, but what he should have.

It is scarcely worth mentioning, additionally, that the central planner’s hands are as empty as his head. He has no ice cream to give anyone. Where individual plans and evolution will take us collectively, no one knows. Fate will have the final say. But the central planner will have his say first, disrupting the plans of millions of people in the process.

He certainly has no ‘amor fati’ … a faith in, and an affection for, Fate. It would put him out of business.

Instead, he steps in to impose his own version of the future. And as soon as the smallest bit of time and resources are shanghaied for his ends rather than those of individual planners, the rate of natural, evolutionary progress slows. That is, the millions of private trials that would have otherwise taken place are postponed or canceled. The errors that might have been revealed and corrected are not discovered. The future has to wait.

Even when they are applied with ruthless thoroughness, central plans inevitably and eventually go FUBAR. No ‘workers’ paradise’ ever happens. The War on Drugs (or Poverty… or Crime… or Terror… or Cancer) ends in a defeat, not a victory. Unemployment does not go down. The ‘war to end war’ doesn’t end war. The Domino Theory falls; the dominoes don’t.

Or, if any of these grand programs ‘succeeds,’ it does so by undoing previous plans often at a cost that is far out of balance with the reward. World War II is an example of central planning that seemed to work. But the Allies were merely nullifying the efforts of more ambitious central planners in Germany and Japan.

Generally, life on planet Earth is not so ‘rational’ that it lends itself to simpleminded, heavy-handed intervention by the naïve social engineer.

Sure, we can design bridges. Houses too. And particle accelerators. But we cannot design economies. No more than we can invent real languages. Societies. Customs. Markets. Love. Marriages. Children. Or any of the other important things in life.

Large-scale central planning can be effective, but only by pulverizing the delicate fabric of evolved civilized life.

Not to overstate the case, however, it is also true that humans can design and achieve a certain kind of future. If the planners at the Pentagon, for example, decided that a nuclear war would be a good thing, they could bring it about. The effects would be huge. And hugely effective.

This extreme example reveals the only kind of alternative future that the planners are capable of delivering.

Large-scale central planning can be effective, but only by pulverizing the delicate fabric of evolved civilized life. It is a future that practically no one wants, because it means destroying the many different futures already in the works — marriages, businesses, babies, baptisms, hunting trips, shopping, investment, and all the other activities of normal life.

Not all central planning produces calamities on that scale, of course. But all, to the extent they are effective, are repulsive. The more they achieve the planners’ goals, the more they interfere with private goals, and the more they retard or destroy the progress of the human race.

Still, this view I am putting forth is hardly accepted wisdom.

Most people would dispute that it is wisdom at all. It is a minority view, held by such a small group that all of its members together could be soused with a single bottle of good whiskey.

Ed. Note: In today’s issue of The Daily Reckoning readers saw a chance to grab a copy of Bill’s new book before it is available on Amazon or anywhere else. Just a small part of being a reader of the FREE Daily Reckoning email edition. Click here to sign up right now and never miss another great opportunity like this.