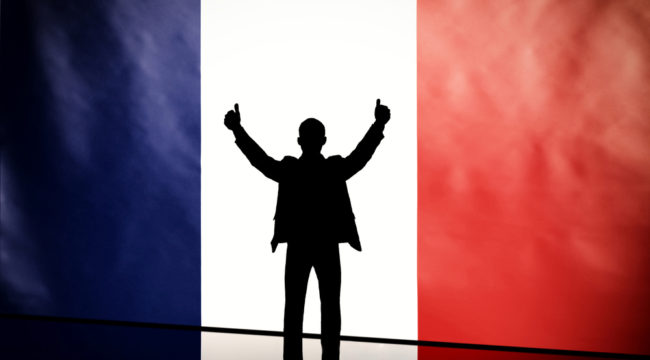 Here's Why Markets Are Waking up to the French Election

Just as it was looking like France was finally narrowing in on three candidates for its presidential elections — another political earthquake has struck. The unpredictability of the French election could shock the market, global investors and put the future of the euro currency in question.

French presidential candidate Francois Fillon has been placed under formal investigation (mise en examen). Allegations have now surfaced that the politician, who served under former French President Sarkozy, while in office arranged for government jobs for his wife and children.

Since then Fillon has made a political vow to fight on as the center-right candidate.

Last week Fillon said in an angrily delivered speech, “I won’t give in, I won’t surrender and I won’t withdraw.”

Fillon had previously promised in January that if he was to be placed under government investigation he would step down and allow another candidate from his party replace him. That has not happened.

Fillon was already the “third man” in the French election. This latest revelation puts him further behind for any likelihood of proceeding to a possible run-off election. Even if he was elected, he would enter office severely compromised. As one journalist pinned:

#Fillon taking a hell of a gamble, staying in race, knowing he will almost certainly still be under formal investigation election day.

Could the French Election Be Next Polling Disaster?

In turn, his far-right opposition has continued to lead in polls for the first round of a likely two part election. Marine Le Pen of the National Front, the far-right anti-EU, anti-immigrant party, continues to be favored to make it to a second round of elections.

According to a recent Opinionway-Orpi poll (French based), Le Pen is expected to get 26% of the overall votes for the first round of the French election in April.

While many still believe that opposition either from centrist candidate Emmanuel Macron or the ailing Fillon will ultimately still be favorited to win the secondary French election held in May, much could unfold between now and then.

Within the same Opinionway poll, they found that Macron had a 62-38 point lead over Le Pen in the potential second round run-off. However, the far-right leader had tilt the deficit to 60-40 from the same polling only two days following.

The polls might, yet again, be showing one thing while the actual ground conditions offer another.

The founder of the National Front, Jean Marie Le Pen — the leading candidates father — shocked Europe when he made it to the run-off round in 2002. While early election history offers one story, markets appear to be hesitant to act.

Economist and bestselling author Jim Rickards notes that, “These early elections have included a nationalist first-round victory in the Netherlands, and could present a “leftist alliance” that may skew the odds in favor of Marine Le Pen in France.”

“We’re watching this closely. It’s too soon to draw firm conclusions, but it’s also too soon to count out the nationalists.”

All of this may sound reminiscent. Less than six months ago the U.S elections were polling with Hillary Clinton holding significant margins and media outlets discrediting Trump’s lackluster organizing for a traditional campaign.

The complexities, electoral styles and even party platforms between the U.S and French political apparatus offers clear differences, but one thing remains true – time.

Rickards’ reports that there is still considerable time to widen margins for voters. Anything is still in play in this global election climate.

So what does this mean for the future of the European Union? Rickards presses that the once power encompassing elites are under fire. “Established parties in Europe are on the defensive this election cycle and Trump-style nationalist candidates have a chance to win.”

“This could mean the end of the euro and major market upheaval.”

While Donald Trump may not be a popular figure in France, Le Pen and the far-right have certainly benefited from the international shift. The continued sentiment signals that a once heralded liberal-cosmopolitan order is cracking. Global consensus is very much in play.

That was seen not only in the Trump – American phenomenon, but in its own way with the shock of Brexit. Both were areas that Le Pen championed as part of “a new world” being built.

While that may or may not be the case, the elite class that were once the crème de la crème of the world are now struggling to hold onto power.

Nomi Prins, a former Managing Director on Wall Street turned investigative journalist tells us that these old power alliances are now all in flux. So what does she see coming from the French elections?

Prins’ notes, “the only way for the sitting elite to retain power is to make the markets seem frothy. That means more versions of quantitative easing from the European Central Bank’s leader Mario Draghi.”

Following the latest allegations from Fillon and the persistent polling strength by Le Pen, markets are beginning to wake up.

The spread in the gap between 10-year borrowing costs in the French and German bonds is now up to 78 basis points. That puts is the highest level experienced since Nov. 2012.

In other words markets are signaling they want to be paid more for the risk of holding French backed debt. The idea being that if Le Pen was to win, which is not being entirely priced in — yet, you could have the breakup of the European Union, the euro single currency — or both.

If that happens, French debt would be repaid not in euro but in francs. That would fall against the euro, costing investors money. So this gap spread indicates the beginning of a “pricing in” for what the future could hold.

The story of the French election could very well be the story of this grand European experiment. Whether Le Pen wins or loses, the geopolitical risks to the market are real.