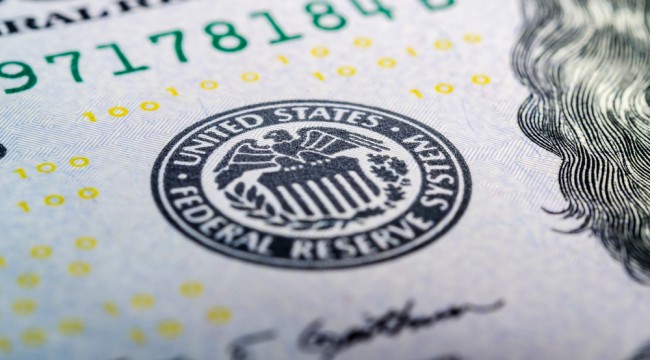 LONDON — An interesting week ahead.

We may get a clearer idea on whether a bold new era of interest rate rises is imminent.

I say bold – any rises we do get will be teeny-tiny. The pace will be gradual, as central bankers have been at pains to reassure us.

Let’s look at what the week has in store.

First up tomorrow is UK inflation data for July. The headline consumer price inflation number is expected to remain at 0%.

It’s worth pointing out that six of the last twelve CPI releases have come in lower than market expectations (i.e. lower than the consensus of forecasts by major analysts, which is published ahead of the data release), with only one (July 2014) coming in above.

This period has coincided with the oil price slump, suggesting analysts have regularly underestimated the impact of this on the official price index.

If that happens again, it could be negative for the pound, since it would imply the Bank of England could wait longer to raise interest rates.

The Main Event is on Wednesday

That said, the market really has its eye on what happens from Wednesday onwards. That day we get US inflation numbers, followed a few hours later by the minutes of last month’s Federal Reserve policy meeting.

Bloomberg even has a story today giving you a primer on decoding the Fed minutes. Here’s an extract:

Then there are the ‘counting words,’ which offer a rough guide to how many participants, or members, support a particular sentiment. These are held to a strict ranking. ‘Many,’ for example, is greater than ‘several,’ but fewer than ‘most.’

Kohn said that can be misleading.

‘Not every person can talk on every subject,’ he said. ‘Just because ‘a few’ people say something doesn’t mean a lot of other people weren’t thinking the same thing.’

he official communications of other central banks are similarly weird. But why?

The reason is simple. Simple enough that I learned it on my A Level economics course.

If they set a particular inflation target, we’ll all believe they’ll do what’s necessary to hit it. Even if it causes short-term economic pain, the sort of thing politicians might baulk at.

Because we believe they’ll hit the inflation target, we expect that level of inflation. We adjust our actions accordingly. Wage demands in the factor the target level, as do price increases. The target becomes self-fulfilling, thanks to credibility and independence.

As well as being independent, central banks also like to talk about being transparent. However, as I was told at age 16, there’s a trade-off between transparency and independence.

If you can act as you see fit and face little scrutiny, you have a lot of independence. Once you start bringing in policy statements, minutes, press conferences and the like, your room for manoeuvre decreases.

You become wary of the media glare. You start to become politicised.

To preserve some room to manoeuvre, you become practised at saying a lot of things while also not really saying anything.

Don’t believe me? Here’s an example it took me less than ten seconds to find:

But with inflation starting from about zero today, there is no need to act before we are confident that inflation is heading back toward 2% within about two years as expected.

It translates as: “We shouldn’t act too late, but we don’t need to act too soon.”

You see my point?

As if saying something while saying nothing isn’t bad enough, the situation has become even more bizarre in recent years.

In the zero interest rate era, central bankers have sought to use communications not just to explain policy, but as a policy tool in itself.

This was always true to an extent, but with rates at zero and quantitative easing hardly an unqualified success, ever more weight has been placed on trying to talk the markets and the economy into the direction policymakers want them to go.

This has created the surreal situation in which central bankers try to say something, while saying nothing, but while kind of saying something at the same time.

This is why so-called forward guidance was introduced. Read the whole of that Kristin Forbes piece I quoted and you’ll see it’s part of the BoE’s new PR campaign to remind people that interest rates may go up as well as down.

If I write about the threat of interest rates going up, I’m just a bloke sounding off on the internet. If the central bank says it, it has to be careful that it’s not taken too seriously, not viewed as any kind of promise.

So the trick is to say it and not say it at the same time.

In other words, now more than ever a key skill of the modern central banker is to be able to talk sincere-sounding B.S.

I may be the only person in the country who finds himself feeling a little bit sorry for these guys. What an utterly soul-sapping job they have.