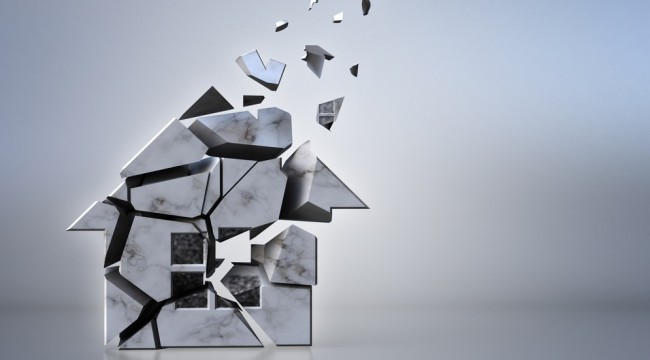 Why a Wounded Housing Market Refuses to Heal

President Obama crowed in his State of the Union speech about the economy, even mentioning “a rebounding housing market.” Maybe he was referring to friends in high places, like the seller of Penthouse One in New York, which just closed for $50.9 million, all cash. Millions of mere-mortal homeowners likely wanted to throw something at their TV when they heard the commander in chief say “housing” and “rebounding” in the same sentence.

Twenty percent of mortgaged U.S. homeowners are still underwater on their homes, and in some places, the percentage is double that. That’s not all that much improvement from when I wrote Walk Away: The Rise and Fall of the Home-Ownership Myth in 2010, when nearly a third of all mortgaged homes in the country had negative equity.

A shadow inventory still hangs over the market, yet builders are bullish on providing new housing.

A whopping 9.3 million Americans are still underwater by 25% or more. Real estate attorney Shari Olefson says as interest rates rise, these people who owe many thousands more than their home is worth are likely to walk away.

Seven states have underwater percentages well above the national average. It’s no surprise sand states like Nevada, Florida, and Arizona have over 30% of their homes underwater. But the Midwest has also been hit hard, with Illinois, Michigan, Missouri, and Ohio all having about the same percentage of mortgages underwater.

Certain cities have it even worse, with Las Vegas, Orlando, Tampa, and Chicago having negative equity percentages ranging from 33-41%.

This financial devastation is despite the 20-city Case-Shiller housing index for November being up 13.7% from a year ago. Since March 2012, the index has risen 23.7%. Las Vegas has 41% of its mortgages deeply underwater (25% or more), and this is after prices have increased 44% since March 2012. Orlando prices jumped 20% last year, but 36% of the area’s homes remain deeply underwater. The story is the same in south Florida; 35% of mortgages in the Tampa area are deeply underwater despite an increase in prices of 25%.

Laissez Faire Today readers may remember we warned those underwater that the short-sell tax break window would likely close at midnight on Dec. 31 of last year. Unfortunately, we were right. Washington thinks the housing crash is a thing of the past, and they’ve moved on, leaving millions in a financial hole they can’t get out of without ruining their credit.

Olefson told Yahoo Finance’s Matt Nesto that without the tax break, “5% of homes nationwide that were being short sold is just going to go away.”

A shadow inventory still hangs over the market, yet builders are bullish on providing new housing. Robert Denk, economist for the National Association of Home Builders, tells Investor’s Business Daily that higher home prices “have taken the fear out of the marketplace, and are steadily offering some relief from underwater mortgages. Buyers of new and existing houses are no longer paralyzed by declining prices.”

That’s all news to millions of Americans stuck because of bad boom-time purchases and debt decisions. Meanwhile, Pulte Homes CEO Richard Dugas expects the good times to roll because of “low interest rates, a limited supply of new and existing homes, and an ongoing, albeit modest, recovery in the broader economy.”

This “limited supply” idea he mentions is just plain preposterous. Olefson says banks are pocketing a “slew of shadow inventory.” She gives the example of a bank foreclosing on a $200,000 mortgage, knowing the home is only worth half of that. The bank will hold the home on its books. Why? First, because it hopes the market comes back. But more importantly, the bank can delay taking a loss until it sells the unit.

Once upon a time, bank accounting wouldn’t have allowed that sort of nonsense. But as I point out in Walk Away, the American Bankers Association lobbied the Financial Accounting Standards Board in the wake of the financial crisis to change accounting rules FASB 157, 115, and 124. These changes allowed banks greater discretion in determining prices for certain types of securities on their balance sheets and recognition of other-than-temporary impairments.

The result of the ongoing government intervention is that millions are trapped in homes and browbeaten into “doing the right thing.” They end up paying good money after bad, while Fannie, Freddie, and the major lending banks get bailed out by the federal government.

Government’s housing hypocrisy is outrageous. Individuals are told to operate under one set of morals while businesses operate under a completely different set of morals. The president may want to hide his eyes and believe the housing catastrophe has gone away. It hasn’t. And there is every possibility, with higher interest rates and a flagging economy, that it may again get worse.

How THIS Is Making the Housing Crisis Worse

There is a lot of talk in the political sphere about what to do about the housing crisis. I have people walking up to me in the supermarket trying to get me to sign one petition or another about what to do to solve it. Personally, I think the solution is a bit more complex than what Bernie and Co. are talking about doing, and the research is on my side.