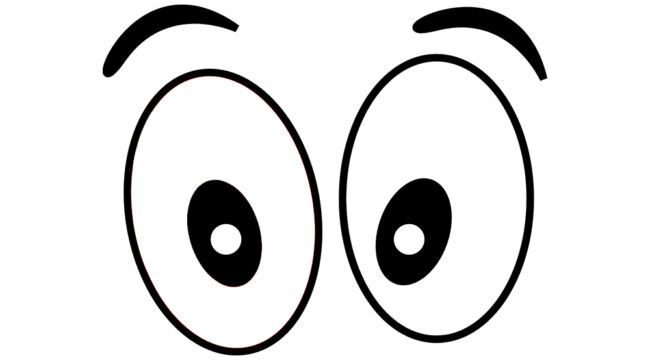 Who Will Blink First?

You’re certainly familiar with the Freedom Convoy in Canada by now. About a month ago, the prime minister of Canada, Justin Trudeau, imposed another vax requirement on Canadian and U.S. truckers entering Canada.

This was a mandatory vax requirement. Those who did not have the vax had to quarantine for two weeks on arrival in Canada. Many truckers live from job to job and are highly opportunistic when it comes to bidding on jobs. They self-organize in terms of destinations and the ability to pick up and drop off multiple loads in one trip.

Any sort of quarantine effectively puts them out of business, so the truckers had every reason to oppose the mandates. Their livelihoods are at stake.

In early February a trucker convoy took shape. Truckers arrived from all destinations and converged on Ottawa, the capital of Canada. One particular convoy stretched for 45 miles and included thousands of trucks.

Then, smaller groups of 100 trucks or so have paralyzed downtown Ottawa and closed the Ambassador Bridge between Detroit and Windsor, Ontario. That’s the most heavily traveled border crossing between the U.S. and Canada. About 30% of all commerce between the two major economies crosses that bridge.

Yesterday, police cleared protesters from the Ambassador Bridge. Over two dozen people were peacefully arrested, and a number of trucks were towed away. Now Justin Trudeau is threatening to invoke Canada’s “Emergencies Act” to crack down on protesters.

The act would confer sweeping powers on the federal government to restore public order, though only temporarily. It could involve the banning of public assemblies and restricting travel.

How far is Trudeau willing to go? Will the truckers give in? Who will blink first? We’ll see. But the Canadian Parliament must first approve the resolution before it can go forward.

Incidentally, Trudeau isn’t opposed to all public protests. He sanctioned the BLM protests in the summer of 2020 and even took part in them. But when workers resist the forceful imposition of experimental gene therapies that don’t stop people from spreading or acquiring the virus, and the ridiculous policies that threaten their livelihoods needlessly, Trudeau draws the line.

You would think that someone who was triply vaxxed and still got COVID anyway would see the absurdity of his position. But evidently he doesn’t.

More About Control Than Science

Now similar blockages are emerging at other key border crossings. Trucker-type protests are breaking out all over the world including in Paris, Sydney, Amsterdam and possibly soon in the United States. It’s a crisis for the ruling-class elites who seem far more concerned about control than “the science.”

The real science says that lockdowns don’t work and that the experimental vaccines have negligible overall effect, especially against the Omicron variant. There’s evidence that the vaccines may actually have negative effectiveness, as the fully vaxxed appear more likely to acquire Omicron than the unvaxxed.

The U.S. trucker convoy for freedom is planning to rendezvous in Coachella Valley in California near Palm Springs on March 5 and drive across the country to Washington, D.C. No doubt other convoys will emerge from other parts of the U.S. to join the main convoy in Washington.

The Downside to Trucker Protests

The Biden administration may try blocking access to the capital before the truckers make it that far, but that will just create massive traffic jams all over the region. Here’s what you need to understand:

While these protests make for colorful news footage, and you may fully support them, most investors may not realize how much damage is being done to global supply chains.

The supply chain crisis was well underway before the trucker protests, but the protests will make matters much worse. Under the USMCA (successor to NAFTA), the North American auto industry is distributed among manufacturing plants in Mexico, the U.S. and Canada. Those plants depend on each other for just-in-time delivery of parts and chassis to keep the assembly lines moving.

Trucker protests throw a monkey wrench into that industry, both because the protesting truckers are not available to move shipments and other truckers can’t get past the blockades. We’re already seeing weak growth in the first quarter of 2022, according to the best estimates. Strong protests will make for even weaker growth in the months ahead.

There’s a simple solution to all this, which is to end the mandates on vaccines and masks, and end other pointless pandemic policies. Politicians are too dumb to do that. We’ll all pay the price for their stupidity in the form of weaker growth and declining stock markets.

Oh, yeah, and then there’s the inflation we have to deal with…

It’s clear that the high inflation we are experiencing now is partly due to the 2021 package of $1.9 trillion in giveaways. If the economy is running close to short-term capacity in terms of labor markets and manufacturing ability and you throw $1.9 trillion at it, inflation is the predictable result.

The 7.5% inflation rate is an overall average calculated by the government based on about 29 main categories of goods, and thousands of individual items inside those categories.

When you look past the average to particular goods, what you see is that the prices of things people buy most often such as meat, eggs, bread, poultry and gasoline are going up at an even faster rate, sometimes 10%, 20% or even 40% (these price hikes are offset by lower prices for tuition, health care and air travel that people consume far less frequently).

This kind of inflation poses an acute dilemma for the Fed. On the one hand, the Fed must tighten monetary policy in order to snuff out inflation. On the other hand, if the Fed tightens more than slightly, there’s a danger they will throw the economy into a recession. Unfortunately, a recession is exactly what will be required to beat this kind of inflation.

The Fed Is No Goldilocks

The Fed is trying to finesse the situation with a Goldilocks approach of not too tight, not too loose, but just right. They will fail at this. The stock market gets a vote.

As the Fed tightens and the economy slows, the market will begin a steep decline in anticipation of a recession. The Fed doesn’t care much about the decline, but they do care if the decline becomes “disorderly.”

That’s hard to define, but drops of 3% or more for three–five days in a week over multiple weeks (similar to what happened in March 2020) definitely meets the definition. That’s coming.

At that point, the Fed will throw in the towel and stop cutting rates. Then the inflation will return. So here are your options (and the Fed’s): more inflation, a stock market crash or recession.

Investors are certain to have at least one, maybe two, of these outcomes in the year ahead. The odds certainly increase with the ongoing supply chain disruptions, even if the trucker protests end tomorrow.

But given the Fed’s consistent incompetence, we may get all three: more inflation, a stock market crash and recession.