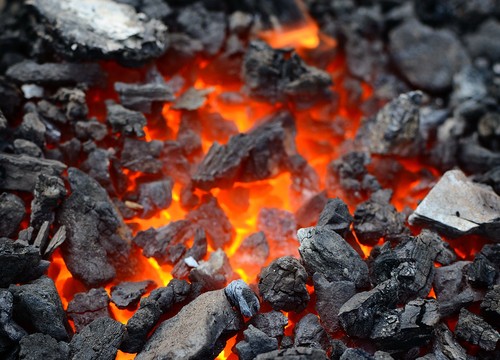 With the bad news that’s been flooding the coal industry over the past few years, sentiment in the stock market for US coal producers couldn’t be worse. Two big names in the industry tell the story; Alpha Natural Resources (Symbol: ANR) and Arch Coal (Symbol: ACI). Over the past year both stocks have tumbled more than 50%, even while the S&P 500 Index has racked up a double-digit gain.

Most other coal plays in the US have suffered a similar fate, too. And fundamentally it makes some sense. After all, coal is considered “dirty” energy. So legislation has not been favorable here in the US.

Plus, at the same time the coal industry is facing a formidable headwind from Washington, the shale gas boom is delivering lots of super-cheap natural gas — a development that has made coal-burning power plants and coal-using steel manufacturers virtually a thing of the past. Natural gas is now cheaper, more efficient and cleaner to burn. So when coal-fired power plants have the choice to switch to gas, they do.

It’s a coal bloodbath! But it’s also a perfect opportunity to “buy low.” You see, although coal use in the US may be gearing down, the rest of the world is ratcheting it up. The best way to look at this situation is through US coal exports. Here’s a look at the recent export action…

China, India, Brazil and Europe are the major markets. Coal use in those markets has been ramping up of late. After all, those countries don’t have a bounty of cheap natural gas. So easily-transportable coal is an attractive option.

The #1 exporter of US coal to Asia is…drumroll please… Baltimore, Maryland! That’s right; my hometown and my publisher’s headquarters!

When I first found out about that little tidbit, my mind started spinning. I instantly wanted to know how this was possible. My hometown of Baltimore couldn’t possibly be the biggest supplier of coal to Asia, could it?

According to the US Energy Information Administration, “Exports to Asia originate mostly from the East Coast […] primarily out of Baltimore. Somewhat counter-intuitively, most coal out of Baltimore — almost double the port’s European volume — is destined for Asia, the world’s largest coal consuming region.”

The Baltimore coal connection leads us to one company that you’ll want to put on your radar. The owner of the Baltimore coal-exporting facility is Consol Energy (CNX). Once a primary coal supplier in the US, Consol is now a hybrid company that produces natural gas (from shale) and exports loads of coal to Asian markets.

The Asian exports come from its wholly-owned Baltimore export facility, which is set for a handsome upgrade this quarter. Consol plans to increase the facility’s capacity from 14 million tons per year to 16, all in an effort to accommodate a growing world market.

And did I mention that Consol’s stock is on sale? After hitting nearly $120 in the summer of 2008, Consol’s share price collapsed to less than $20 a few months later. Today, the stock hangs around $31. At the current quote, Consol shares sell for 30 times estimated 2013 earnings, which is not exactly in the bargain category. But looking out a few months, I think the company’s earnings could rebound very sharply from today’s depressed levels.

But don’t just take my word for it. Legendary oilman, T. Boone Pickens, just added Consol to his BP Capital Fund in the third quarter of 2012. When it comes to timing energy plays, Pickens knows a thing or two. Right now you can get in right alongside him.

Add it all up and the next 12 months could be turnaround time for US coal. And with more output headed to Asia, Consol could be the darling of the bunch.