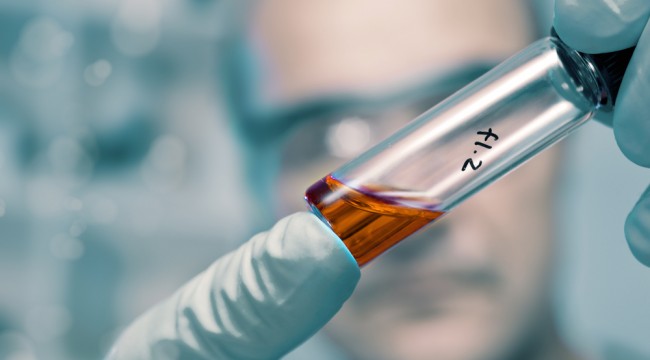 What You're Not Being Told About Ebola in the U.S.

I spent all of yesterday reading news reports on the Ebola situation in Dallas, Texas.

I’m deeply concerned about what is going on. Let me explain.

The Centers for Disease Control and Prevention (or CDC, an arm of the U.S. government) is claiming that it is 100% certain of containing Ebola to Dallas.

But the facts are telling a different story. Having followed other health crises, I see a pattern that suggests more bad news coming. What is the pattern?

You see, the government is drip-dripping the bad news on Ebola to us.

The official story we are getting can’t be 100% true.

Today, we also got more background on the first Ebola patient. His name is Thomas Eric Duncan. Duncan is visiting the U.S. from Liberia. Liberia is one of the worst Ebola-affected West African countries. Duncan claims to have come to visit his family. He has family in Texas and North Carolina.

I have now read more news stories on Duncan than I can count. Here’s my conclusion after reading all these stories.

The official story we are getting can’t be 100% true.

Look, I’m not a conspiracy theorist. But the circumstances around Duncan’s infection are unusual. Just pure common sense says that Duncan may have actually come to the U.S. to get treated for Ebola. Why do I say that?

Liberia has virtually no health care system. Duncan had zero chance of surviving Ebola in Liberia. Liberia doesn’t even have enough gloves and masks to treat Ebola patients. In Liberia, Ebola is a death sentence. But in the United States, Duncan has a shot at surviving.

I know this seems far-fetched. But I believe that there is a strong possibility that I am right. Why? Because no one wants to die. This is basic human behavior… in other words, survival instincts. If you are facing a death sentence, you’re going to try to escape it.

If my common-sense deduction is correct, then Ebola in the U.S. is just getting going. And we have a bigger problem than what the government is telling us right now. Why?

Because if Duncan was already sick with Ebola when he left Liberia… Duncan may have infected people that were on his flights. And potentially some of the people at the airports he went through — Brussels, Dulles (near Washington, D.C.) and Dallas.

If I am right, more people are going to get Ebola in the U.S. That means we’re going to need every single Ebola drug that we have to try to help these patients. And then pray that they work. Remember, we have no FDA-approved drugs for Ebola now. These are all experimental drugs. By experimental, I mean that they have not been proven to work in human beings.

You should know that the FDA is authorized to use something they call the “Animal Rule” in emergencies. The current Ebola problem definitely qualifies as an emergency.

So what’s the Animal Rule? The Animal Rule allows the FDA to give conditional approval to drugs if they work in animal studies.

So every company with a drug in their pipeline is going to put their drugs into this kind of testing ASAP.

And then Duncan and anyone else he’s infected are going to be treated with these drugs. The hope is that something or the other will work.

I believe that the situation in Dallas is worse than what is being reported.

You know, I understand that some of you may think I’m a bit nuts. After all, I’m suggesting that our government is not telling us the truth. But that’s OK.

From the time I was 7 years old, I’ve learned to trust my judgment. Why 7? That’s when I was first put into a boarding school in India. No parents. No friends. Just me. At 7.

I have a son. He’s almost 7. That seems unimaginably young now to be left alone. But that’s how early I started to read people to figure out if I could trust them. And my antennae are telling that we are not getting the full story on Ebola now.

I believe that the situation in Dallas is worse than what is being reported. That means all these companies’ Ebola drugs are going to become incredibly valuable. When? Once more cases start getting confirmed.

And I don’t have to tell you that if my scenario is right, certain stocks of companies that create Ebola treatments are going to soar.

P.S. I believe this Ebola scare, though nightmarish, is an opportunity for investors to “do well by doing good.” Right now I’m eyeing two stocks — both of which could skyrocket as the Ebola story plays out. And I gave readers of today’s Daily Reckoning email edition a unique chance to discover both of them… It’s just one small benefit of being a Daily Reckoning subscriber. Don’t miss a single issue — or any of the potential profit opportunities you could discover. Click here to sign up for FREE, right here.