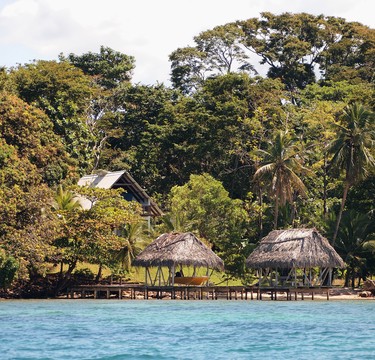 Is America still the undisputed “Numero Uno”? Not according to the Economist Intelligence Unit’s (EIU) “Where to be Born Index.” A quarter of a century ago, America topped the list. Today, it is #16.

This quirky EIU Index attempts to measure which country will provide the best opportunities for a healthy, safe and prosperous life in the years ahead. The index links the results of subjective life-satisfaction surveys — how happy people say they are — to objective determinants of the quality of life across countries. And the idea is to forecast which country would be best to inhabit 18 years out, when a baby born today becomes an adult.

Obviously, the EIU’s assessment is not the last word on a nation’s quality of life, but it does at least provide food for thought…and it does corroborate a growing body of empirical data that suggest the American quality of life has degraded somewhat.

While playing around with some numbers on the back of a Rancho Santana cocktail napkin, for example, we stumbled upon some shocking contrasts between Nicaragua and the US — shocking to us, at least.

Last year, the Supplemental Nutrition Assistance Program (SNAP) — i.e. food stamp program — in the United States spent $7.4 billion more than it did the year before. $7.4 billion happens to be almost identical to the entire GDP of Nicaragua, a nation of 5.9 million inhabitants. SNAP used its incremental $7.4 billion to feed 4.4 million of America’s poorest citizens. Meanwhile, all 5.9 million Nicaraguans — rich and poor alike — managed to “live on” $7.4 billion.

These comparisons tell us little about how things ought to be, but they tell us a lot about how things are. Specifically, they tell us that the United States spends a spectacular amount of money trying to “manage poverty.” And yet, the more the US tries to manage poverty, the more poverty spreads. The ever-expanding budget of the FNS does not beget self-reliance; it begets ever-expanding government reliance.

During the last four years, the number of Americans receiving food stamps has doubled from 23 million to 46 million, while the direct cost of providing that support has skyrocketed from $30 billion annually to $71 billion. (The FNS’ total budget topped $100 billion this year).

To continue the comparisons between the rich Americans and the poor Nicaraguans, the US spends 4.7% of its GDP on its military, while Nicaragua spends only 0.7% of its GDP. The US employs 13 times more police per 100,000 citizens than Nicaragua — 233 vs. 18. And yet, very few US cities are 13 times safer than Managua — El Paso, Texas being one of the rare exceptions.

These sharp contrasts are exactly what one would expect when comparing the world’s wealthiest nation to the Western Hemisphere’s second poorest nation (top prize in that category falls to Haiti). Similarly, it should come as no surprise that the median income in Nicaragua is only 1/10th of what we Americans call the “poverty line.”

As the chart below illustrates, Nicaraguan GDP growth has staged a remarkable rebound from the war-torn decade of the 1980s. Meanwhile, US GDP growth has been downshifting from its robust pace of the ’80s and ’90s.

Why look at these trends?

Because the next 25 years will not be like the last 25 years, guaranteed. The world always changes…but not always for the better. What if that portion of the world called “America” is changing for the worse?