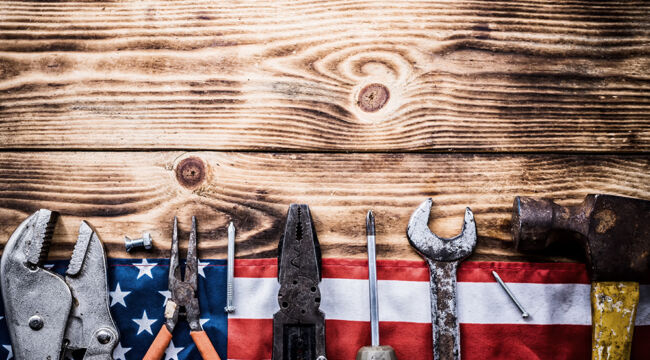 This we learn from the United States Bureau of Labor Statistics: American productivity has increased 62% since 1979.

But average real hourly pay (adjusted for inflation, that is) has scarcely increased 17% across the same space.

Is it a coincidence that Mr. Bonner selects the year 1971 to draw a contrast?

The Fiat Dollar and Globalization

Scraps of paper, rolling off an over-labored printing press, were its primary production.

Never has the gap between the stock market and the economy stretched so broadly as today.

By 2030 alone, they project (at least before the pandemic) it could yield an additional almost $16 trillion to global GDP.

To these, we must add white-collared jobs in law, finance, medicine, accounting, etc.

The average low-income American, who makes $25,000 per year, lives in a home that has air conditioning, a color TV and a dishwasher, owns an automobile and eats more calories than he should from an immense variety of food.

Within a generation, the centuries-old farming community has given over to the assembly line and the punch clock.

A generation later, the factory goes dark as creative destruction blows the jobs clear to China… or Vietnam… or wherever labor is cheapest.

Americans must often rip up their families to follow the jobs — thus, they can sink little root in the local topsoil.

The river of progress must carry forward.

That Franklin should have fried in an electric chair for discovering electricity… that Ford should have been flattened by his auto… that Salk should sulk in endless miseries for scotching polio.

To these, our fellow Americans — to all who hew the nation’s wood and draw its water — we hoist an acknowledging toast today.