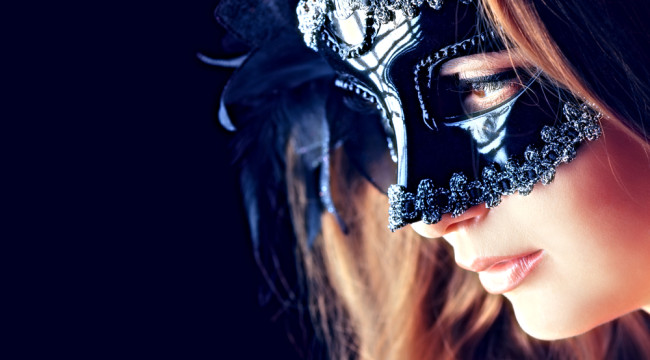 Still unnoticed by a large part of the population is that we have been living through a period of relative impoverishment. Money has been squandered in welfare spending, bailing out banks or even — as in Europe — of fellow governments. But many people still do not feel the pain.

However, malinvestments have destroyed an immense amount of real wealth. Government spending for welfare programs and military ventures has caused increasing public debts and deficits in the Western world. These debts will never be paid back in real terms.

In time, new bad debts were created through an increase in public welfare spending such as unemployment benefits and a myriad of “stimulus” programs. Government debt exploded.

The welfare-warfare state is the biggest malinvestment today. It does not satisfy the preferences of freely interacting individuals and would be liquidated immediately if it were not continuously propped up by taxpayer money collected under the threat of violence.

Another source of malinvestment has been the business cycle triggered by the credit expansion of the semi-public fractional reserve banking system. After the financial crisis of 2008, malinvestments were only partially liquidated. The investors that had financed the malinvestments such as overextended car producers and mortgage lenders were bailed out by governments; be it directly through capital infusions or indirectly through subsidies and public works.

The bursting of the housing bubble caused losses for the banking system, but the banking system did not assume these losses in full because it was bailed out by governments worldwide. Consequently, bad debts were shifted from the private to the public sector, but they did not disappear. In time, new bad debts were created through an increase in public welfare spending such as unemployment benefits and a myriad of “stimulus” programs. Government debt exploded.

In other words, the losses resulting from the malinvestments of the past cycle have been shifted to an important degree onto the balance sheets of governments and their central banks. Neither the original investors, nor bank shareholders, nor bank creditors, nor holders of public debt have assumed these losses. Shifting bad debts around cannot recreate the lost wealth, however, and the debt remains.

To illustrate, let us consider Robinson Crusoe and the younger Friday on their island. Robinson works hard for decades and saves for retirement. He invests in bonds issued by Friday. Friday invests in a project. He starts constructing a fishing boat that will produce enough fish to feed both of them when Robinson retires and stops working.

At retirement Robinson wants to start consuming his capital. He wants to sell his bonds and buy goods (the fish) that Friday produces. But the plan will not work if the capital has been squandered in malinvestments. Friday may be unable to pay back the bonds in real terms, because he simply has consumed Robinson’s savings without working or because the investment project financed with Robinson’s savings has failed.

For instance, imagine that the boat is constructed badly and sinks; or that Friday never builds the boat because he prefers partying. The wealth that Robinson thought he owned is simply not there. Of course, for some time Robinson may maintain the illusion that he is wealthy. In fact, he still owns the bonds.

As a consequence, Robinson Crusoe may have the illusion that he is still rich because he owns government bonds, paper money, or the bonds issued by a nationalized or subsidized company. In a similar way, people feel rich today because they own savings accounts, government bonds, mutual funds, or a life insurance policy (with the banks, the funds, and the life insurance companies being heavily invested in government bonds). However, the wealth destruction (the sinking of the boat) cannot be undone. At the end of the day, Robinson cannot eat the bonds, paper, or other entitlements he owns. There is simply no real wealth backing them. No one is actually catching fish, so there will simply not be enough fishes to feed both Robinson and Friday.

Something similar is true today. Many people believe they own real wealth that does not exist. Their capital has been squandered by government malinvestments directly and indirectly. Governments have spent resources in welfare programs and have issued promises for public pension schemes; they have bailed out companies by creating artificial markets, through subsidies or capital injections. Government debt has exploded.

Many people believe the paper wealth they own in the form of government bonds, investment funds, insurance policies, bank deposits, and entitlements will provide them with nice sunset years. However, at retirement they will only be able to consume what is produced by the real economy. But the economy’s real production capacity has been severely distorted and reduced by government intervention.

The paper wealth is backed to a great extent by hot air. The ongoing transfer of bad debts onto the balance sheets of governments and central banks cannot undo the destruction of wealth. Savers and pensioners will at some point find out that the real value of their wealth is much less than they expected. In which way, exactly, the illusion will be destroyed remains to be seen.

Philipp Bagus
for The Daily Reckoning

Ed. Note: The public debt that’s rocking the US economy is not going away. In fact it’s only getting worse. But you can protect yourself. And readers of today’s Daily Reckoning email edition were given a chance to discover a real, actionable way to do that. Sign up for FREE, right here.

Philipp Bagus is an associate professor at Universidad Rey Juan Carlos. He is an associate scholar of the Ludwig von Mises Institute and was awarded the 2011 O.P. Alford III Prize in Libertarian Scholarship. He is the author of The Tragedy of the Euro and coauthor of Deep Freeze: Iceland’s Economic Collapse. The Tragedy of the Euro has so far been translated and published in German, French, Slovak, Polish, Italian, Romanian, Finnish, Spanish, Portuguese, British English, Dutch, Brazilian Portuguese, Bulgarian, and Chinese.