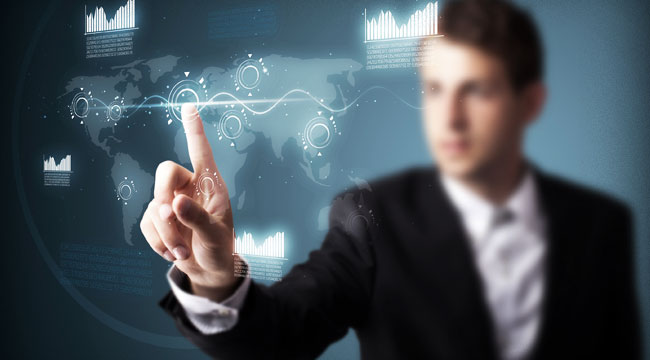 War-Proof Gains from What Comes After Cell Phones

The shift from computers to mobile devices and tablets is a work in progress. But it’s one that’s gone far already… from how you communicate with family and friends, to how you digest publicly traded content. Compared to decades ago, we really have it made.

Consider the following facts in the words of Peter Diamandis:

“Right now, a Masai warrior on a mobile phone in the middle of Kenya has better mobile communications than the president did 25 years ago. If he’s on a smart phone using Google, he has access to more information than the U.S. president did just 15 years ago. If present growth rates continue, by the end of 2013, more than 70% of humanity will have access to instantaneous, low-cost communications and information.”

The next wave of innovation, however, is a new line of products that could succeed smart phone technology. In fact, it’s already shaping up to be the next battleground for the patent wars between the world’s big tech companies. Not to worry, we’ll cover investable opportunities in this space that should remain “patent war proof”.

So what comes after cell phones?

Under Armor’s new commercial may have given it away…

The answer is: Wearable technology.

Wearable technology aims to interweave personal computing and mobile capabilities into everyday life, in a way that is natural and intuitive.

We saw the first attempts in the 1980s, during the days of the calculator watch.

Recently, for example, Apple quietly issued a patent for what is speculated to be iWatch. And both Microsoft and Samsung are developing something similar.

Google is doubling down on its Google Glass, teaming up with venture capital companies to draw in professional designers in order to hack and churn out new iterations of it. Their goal is to turn smart glasses into the next major computing platform.
But in addition to watches and glasses, there’s also tech that’s embedded into clothing.

No… I’m not just talking about the electroluminescent shirts you may have seen at a Deadmau5 or Coldplay concert.

We’ll cover this “wearable technology” trend in future Tomorrow in Review issues. But let’s cut to those “pick and shovel” plays I promised above to share with you.

The best plays that are “patent war proof” are investing in the chipmakers. Every computer, big or small, uses microchips.

Qualcomm (NASDAQ: QCOM) in recent years has had microchips incorporated into Apple, Samsung, Sony, and Google products like those smart phones and tablets you’ve seen hitting the shelves. Competition with Broadcom (NASDAQ: BRCM) recently caused the company to expand its portfolio of mobile chipsets in order to target low-end smartphones in emerging markets.

ARM Holdings (NASDAQ: ARMH) is the designer behind many of the most popular energy-efficient chipsets made by companies like Qualcomm and Broadcom.

Intel (NASDAQ: INTC), however, is one step ahead of the game, and is about to be two steps. As of last year, it’s been producing chipsets about one-half the size (in surface area) of Qualcomm or Broadcom’s chips, meaning Intel can produce chips for about half the cost… and costs will drop further when it transitions to the even smaller ones it has planned. Aside from cost advantages, smaller chips are also more power efficient. That’s ideal for an iWatch.

Let’s not forget Taiwan Semiconductor Manufacturing (NYSE: TSM). The company owned nearly half of the chip foundry market in 2011, with a virtual monopoly on some larger sized chip fabrications.