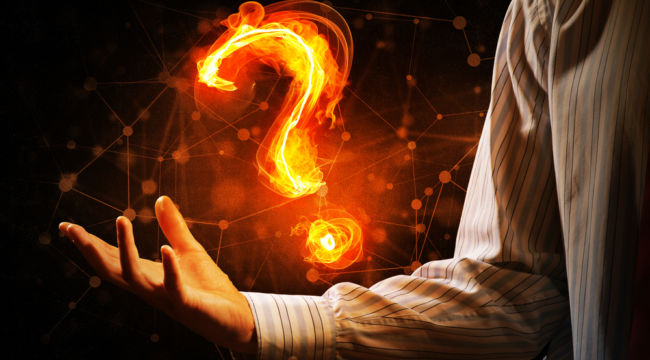 “Failure to comply with this order will result in a $5,000 fine and up to one year in prison…”

We woke this morning to this menacing threat. It came issuing from the loudspeaker of a prowling police cruiser.

It mandated residents to remain indoors (unless necessary)… else take the consequences described.

“We are all in this together,” the recorded message concluded — exhorting a spirit of solidarity among the homebound, a sense of shared wartime sacrifice.

Together… yet separate, isolated, desolate.

And so it has come to pass…

The city has endured some 1,100 fatalities… and underprepared hospitals overflow with COVID-19 cases.

Nurses and doctors are falling in the line of duty, condemned by the very patients they mean to save.

Refrigerator trucks have been repurposed as makeshift morgues.

We are warned additional cities can expect parallel miseries.

The latest figures have United States infections at 206,207. They may run into the many millions eventually.

Deaths could run to the millions without it — again, so we are told.

Yet the questions are so many… and the answers so few.

Will the slightest exposure to the virus afflict you with a life and death battle? Or will only a heavier infestation breach your defenses?

Is the mass production of ventilators the solution? Or is it largely a waste of dear resources?

One New Orleans physician reports that 70–90% of the ventilated succumb to the illness regardless.

How can we even trust the numbers? In the absence of mass testing, how do we know the number of Americans with the virus? And how accurate are the tests?

Our agents report the possibility of substantial false readings in both directions.

But if many more Americans harbor the virus who never displayed symptoms… or only minor symptoms… it implies a drastically lower mortality rate.

Is it wise to switch off the economy for a virus that may murder under 1% of victims?

Dr. John P. A. Ioannidis — professor of medicine and epidemiology at Stanford University — harbors severe doubts about the figures:

The data collected so far on how many people are infected and how the epidemic is evolving are utterly unreliable. Given the limited testing to date, some deaths and probably the vast majority of infections due to SARS-CoV-2 (COVID-19) are being missed. We don’t know if we are failing to capture infections by a factor of three or 300. Three months after the outbreak emerged, most countries, including the U.S., lack the ability to test a large number of people and no countries have reliable data on the prevalence of the virus in a representative random sample of the general population…

An error factor between three and 300 is a handsome range. All then is guesswork:

This evidence fiasco creates tremendous uncertainty about the risk of dying from COVID-19. Reported case fatality rates, like the official 3.4% rate from the World Health Organization, cause horror — and are meaningless. Patients who have been tested for SARS-CoV-2 are disproportionately those with severe symptoms and bad outcomes.

The Case of the Diamond Princess

Projecting the Diamond Princess mortality rate onto the age structure of the U.S. population, the death rate among people infected with COVID-19 would be 0.125%. But since this estimate is based on extremely thin data — there were just seven deaths among the 700 infected passengers and crew — the real death rate could stretch from five times lower (0.025%) to five times higher (0.625%). It is also possible that some of the passengers who were infected might die later, and that tourists may have different frequencies of chronic diseases — a risk factor for worse outcomes with SARS-CoV-2 infection — than the general population. Adding these extra sources of uncertainty, reasonable estimates for the case fatality ratio in the general U.S. population vary from 0.05–1%.

That huge range markedly affects how severe the pandemic is and what should be done. A populationwide case fatality rate of 0.05% is lower than seasonal influenza. If that is the true rate, locking down the world with potentially tremendous social and financial consequences may be totally irrational. It’s like an elephant being attacked by a house cat. Frustrated and trying to avoid the cat, the elephant accidentally jumps off a cliff and dies…

If we assume that case fatality rate among individuals infected by SARS-CoV-2 is 0.3% in the general population — a mid-range guess from my Diamond Princess analysis — and that 1% of the U.S. population gets infected (about 3.3 million people), this would translate to about 10,000 deaths. This sounds like a huge number, but it is buried within the noise of the estimate of deaths from “influenza-like illness.” If we had not known about a new virus out there and had not checked individuals with PCR tests, the number of total deaths due to “influenza-like illness” would not seem unusual this year.

But the doctor is a man of science, and humble. He concedes we simply lack the data to draw full conclusions at this time.

Once again, official United States fatalities presently exceed 4,000. If the foregoing analysis has accuracy, perhaps “only” another 5,500 will succumb.

Each death is a tragedy in miniature, a private holocaust. A human image of almighty God is deleted forever from Earth.

But we necessarily write of abstractions in the case before us — the human forest rather than the individual maple, oak, spruce and birch trees within.

And statistics forces a cruel calculus upon us.

If 200,000 — and then only under harsh and extended lockdown — the closing up of the American economy may well prove warranted.

We do not know which it will be. Although at this point 10,000 appears excessively optimistic.

Is the Cure Worse Than the Disease?

Again, we do not turn away from the human misery. But a truly collapsed economy may lead to as many deaths — or possibly more — than the virus itself.

The Federal Reserve projects 47 million Americans may take to the unemployment line by June’s end.

Fortunately, the Federal Reserve is rarely accurate. But what if it is in this instance?

Many industries may never recover from the present cataclysm. And those who labored within them may be permanently turned out.

Millions would be unable to take up employment in new lines.

The nation could be swamped by deaths of despair — by suicides… by the bottle… by drug and opioid abuse.

The coronavirus death count would not include these unseen legions. Yet they would be indirect casualties of the pestilence. And equally dead.

How Much More Can the Economy Take?

Here is a question, raised in the authentic spirit of curiosity:

Might we isolate the most vulnerable among us while the young and strong return to the factory floors, to the eating and drinking houses, to the theaters, to the stores?

Many would doubtless contract the malady. But their symptoms would most likely be mild to moderate. And they would acquire immunity.

The economy could then gutter along at a depressed but functioning level.

But if the present bans run through June — or longer — can it get back up?

Again, we do not pretend to know the solutions. We merely hazard a crude cost-benefit analysis.

Either “Appropriate” or the “Worst Man-made Catastrophe” in History”

We hope today’s extreme privations are warranted. For if not warranted, a mass hysteria is wrecking the economy and the futures of millions.

As a colleague of our co-founder Addison Wiggin writes, perhaps overegging the pudding slightly:

“This is either an appropriate-level response or it’s the worst man-made catastrophe in the history of man.”

Please, give us your take: feedback@dailyreckoning.com