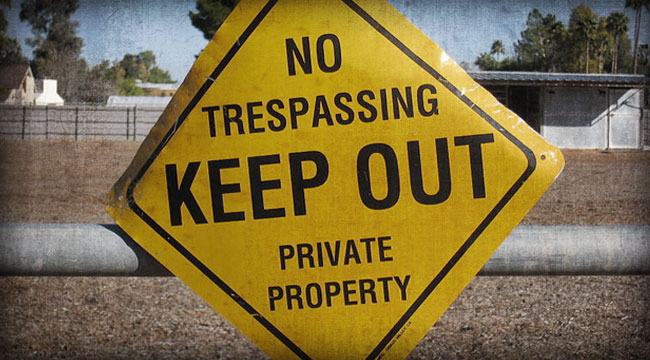 Unwanted Competition: The Real Reason Youth Unemployment is So High

Not much action in stocks or gold yesterday. Americans were busy at the polls… participating in the solemn fantasy of modern democratic government.

About 60% of citizens who were eligible to vote in the midterm elections stayed away from the polling stations. The rest wasted their time standing in line and giving their ballots to the usual grifters, panderers and earnest nincompoops who fill public office.

The problem with political jokes, as Henry Cate observed, is they get elected. Then we all have to live with them.

The local paper says Grimm is “hotheaded” and “distasteful.” And it claimed he was making Staten Island the “laughing stock of the nation” after he was indicted on 20 counts of mail fraud, tax fraud and perjury.

In January, Grimm threatened to throw NY1 TV political reporter Michael Scotto off the balcony of the Capitol Building after Scotto tried to question him about a campaign financing investigation.

Perhaps the reporter had it coming. We don’t know. But we understand the voters who cast their lot with Grimm. At least they have no doubt what they are getting — exactly what they deserve.

The problem with political jokes, as Henry Cate observed, is they get elected. Then we all have to live with them.

Only about one in four 18 to 29 year olds voted in the midterms. Realizing they would get nothing out of it, 75% of young people steered clear of the polls.

Young people are entering a different world from the one in which we set out. We see it in the newspaper reports. And we see it in our home. We have six young adults in the family, aged 21 to 36. Only one owns a house. Only one is married. Only one has children.

We were on Jordan Goodman’s Money Answers radio show yesterday telling listeners why youth unemployment is so high.

“In Europe, Japan and the US we have aging economies,” we explained.

“Over time, more and more people figure out how to use the government to get privileges and benefits they couldn’t get by themselves. Some are relatively small potatoes — such as special parking places and electric wheelchairs for people who say they are crippled. Some are big potatoes — billion-dollar security contracts, for example.

“Everybody wants to get something the easiest way possible. And the easiest way is often to pay a lobbyist to get a special deal for you… your industry… or your business.

“In the largest sense, they want to seal the borders so that foreigners can’t get in and compete honestly for jobs. But almost every industry and profession has its hustle — from import quotas, to subsidies, to labor rules. Like the trade guilds of Old Europe, they try to keep their fees and salaries high by keeping out new competitors.”

Who are the newest competitors?

Young people. They try to enter the workforce and find doors shut. That’s why the unemployment rate among 20 to 24 year olds is running at more than 50% in Spain and 22% in France. And in the US, it’s twice the rate of unemployment for everyone else.

Like their Japanese and European peers, young Americans don’t seem to be taking the bull by the horns.

First-time buyers made up the smallest share of US buyers in nearly three decades, a traditionally solid slice of the housing market whose absence is raising questions about the impact of the crash on potential homeowners.

Since 1974, the gross income earned by 25 to 34 year olds, as a percentage of the median gross income, has fallen by more than one-quarter. This leaves more young people living with parents… or renting.

According to Lawrence Yun of the National Association of Realtors:

This affects not just the housing market, but also the culture. Like their Japanese and European peers, young Americans don’t seem to be taking the bull by the horns.

Instead, they are hanging back — reticent… reluctant… less engaged… less competitive… less likely to start new businesses… and less independent.

Not only are they not rushing to buy houses, they’re also delaying marriage and not having so many children.

We don’t know. Certainly, it is different.

Ed. Note: Youth unemployment, student loan debt, housing woes… these are all trends we follow very closely in the Daily Reckoning email edition. But in addition to getting a more thorough discussion of what these trends mean, we also provide you with actionable ways to safeguard and grow your wealth in spite of them. Click here now to sign up for FREE, and see these solutions for yourself.

Will They Haul off Trump's Statue, Too?

Out with the old gods and in with the new. Here’s Bill Bonner on why the issue of Civil War statues goes way beyond monuments to a different time…