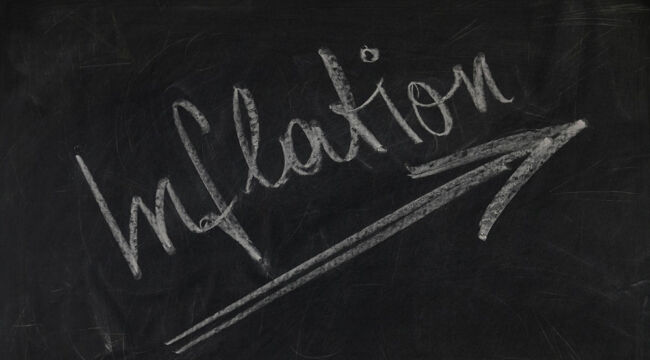 Well, we did it! It took some hard work, but the United States finally managed to find itself with $30 trillion of government debt.

But if anyone is actually thinking of celebrating this dubious accomplishment, I have some advice for you — get ready for the hangover. Let’s see how we got here…

The U.S. government bond market was invented by Alexander Hamilton early in the first administration of George Washington around 1790. The newly formed United States of America was facing claims from creditors who had financed the Revolutionary War.

The Congress had a simple solution: Default! That’s the American Way. But Hamilton had a better idea.

This plan was so successful that the U.S. Treasury market is now celebrating its 230th anniversary! That’s how long the U.S. has been borrowing new money to pay off old debt.

In 1835, Andrew Jackson became the first and only president who cut the national debt to zero.

Inflation Is the Only Way Out

Debt went up in the War of 1812, the Mexican-American War of 1846–1848, the Civil War, World War I, World War II, Korea, Vietnam and under Reagan to win the Cold War. (The only major debt increase without war prior to 2000 was during the Great Depression).

But the war debt was paid off during times of peace including the 1820s, 1870s, 1920s and 1990s. It was only after 2000 that things went off the rails and government debt went straight up under George W. Bush, Barack Obama, Donald Trump and Joe Biden.

Now the debt is unmanageable without inflation. Inflation favors debtors because they get to pay back the debt with depreciating dollars. It’s easier to pay down debt because you’re paying back debt with dollars that are less valuable than when you originally borrowed them. So inflation eases the real value of debt.

The other way to deal with the debt is to default. But there’s no reason for the U.S. to default because the debt is in dollars and we can print the dollars.

That’s the great advantage of having the world’s leading reserve currency, what French Finance Minister Valéry Giscard d’Estaing termed the “exorbitant privilege” in the 1960s.

This shows up first in higher interest rates, then in a devaluation of the dollar and finally in illiquid markets where the debt just can’t be sold except to the Fed. The final stage is hyperinflation and complete collapse of the currency and the bonds.

It’s not going to happen tomorrow, but we’re getting closer to that endgame.

I’ve said before that the U.S. is caught in a debt death trap. Monetary policy won’t get us out because the velocity of money, the rate at which money changes hands, is dropping.

The ratio gets higher and the situation grows more desperate. The economy barely grows at all while the debt mounts. You basically become Japan.

A Small Rounding Error Away From Recession

Although we’re only about one-third of the way through the first quarter of 2022, the Federal Reserve Bank of Atlanta has published its estimate for first-quarter growth using the data we have so far.

The result is a forecast of 0.1% GDP growth on an annualized basis. That’s a small rounding error away from a recession. That’s significant because the Atlanta Fed is known for its highly optimistic forecasts.

There are several reasons for this weak start to the quarter. The first is that strong fourth-quarter growth in 2021 was mostly a mirage. Almost the entire growth came from inventory accumulation. That does not represent final sales; it represents goods piling up in warehouses.

If those goods get sold in the first quarter, they don’t add much to GDP because they were already counted in GDP when the inventories were purchased.

If the goods don’t get sold, it’s even worse because supply chain managers will cancel new orders while waiting for the inventories to run off (probably at steep discounts). Also, the economic impact of Omicron is just being felt now. It hit hard in December but did not have much impact coming that late in the year.

After Jan. 1, the quarantines, hospitalizations and lockdowns started to pile up, so the first quarter will bear the brunt of it. When you combine this intrinsic weakness with Fed tightening today and rate hikes in March, you have a recipe for recession in the first quarter.

Heading for a Sovereign Debt Crisis

In basic terms, in the bigger picture, the United States is going broke. We’re heading for a sovereign debt crisis.

Tax cuts won’t bring us out of it; neither can structural changes to the economy. Both would help if done properly, but the problem is simply far too large. You can’t grow yourself out of this kind of debt.

So an economic time bomb is ticking. Velocity is dropping. Debt is growing while growth is slowing. The explosion will come in the form of asset bubbles bursting and stocks crashing.

There’s no way out of the debt death trap except through inflation.

Say goodbye to Hamilton’s master plan. Time to buy some gold before the rush into hard assets really begins.