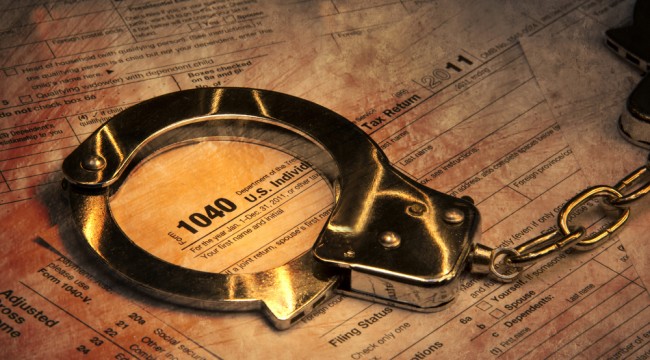 The Truth About Donald Trump’s Taxes

Buffett was sore because Trump, who acknowledged taking large tax deductions in the second presidential debate, said Warren does the same.

Buffett released his tax data to the media to refute Trump. And he challenged Trump to meet him “any place, any time” to share tax returns and answer questions.

But Warren better be careful what he asks for.

Trump’s been pounded for not paying taxes by Hillary Clinton’s media comrades in arms in recent weeks.

He took a massive a $916 million loss in 1995. The tax code allows you to carry such losses forward to offset earnings in later years. And that’s just what he did.

Look, this isn’t some defense of Trump. Frankly, his tax records are none of my business.

Money that will be squandered and used to buy votes by giving free stuff to people.

I don’t accept the Marxist notion that our earnings belong to the State.

What we earn is ours. It is not a gift from benevolent rulers in D.C.

The moral imperative is not for citizens to give more of their hard-earned money to government to waste and use for nefarious purposes. Quite the opposite…

At its core, coercive taxation is theft. It’s collected through force, not exchange or persuasion.

So the moral duty is on the government to keep it to a minimum.

For years, Buffett has signaled his own virtue by calling for tax increases on wealthy Americans… all the while using the tax code to pay a ridiculously small amount in federal taxes himself.

Here’s how his “inside baseball” works…

Much of Buffett’s $64 billion fortune is tied up in his company, Berkshire Hathaway.

Berkshire hasn’t paid any cash dividends in decades. Instead, it uses its income to acquire companies. And when it does, it stops any dividends and keeps that money to buy more companies.

For example, Berkshire acquired Burlington Northern Santa Fe in 2010. At the time, Burlington paid roughly $550 million in dividends to shareholders. But Berkshire stopped that and kept that cash in house.

That nails retirees who rely on dividend income. But it’s great for Berkshire and Buffett.

Barron’s reported that had Berkshire paid out the average of the S&P 500 companies in 2014, it would have distributed roughly $6 billion in dividends.

Buffett would have received $1.2 billion of that, for a tax bill of $280 million.

But estimates have him paying roughly 1/40th of that amount by keeping his wealth in the company and immune from the income tax rates us regulars in the peasant class are burdened with.

And that’s just one transaction. Berkshire’s business model is built on scores of tax-advantageous deals and operations.

Barron’s reporter Morris Propp nailed it when he wrote: “It seems that Buffett and his businesses are serial deprivers of tax revenue to the U.S. Treasury. Yet that does not deter him from loudly advocating higher income tax rates for others.”

Let me be clear, I don’t begrudge Buffett for legally following the tax code. More power to him. The government has no claim to his wealth.

I just want him off of his high horse by taking others to task for doing the same.

Because as Ron Paul said so eloquently: “One thing is clear: The Founding Fathers never intended a nation where citizens would pay nearly half of everything they earn to the government.”