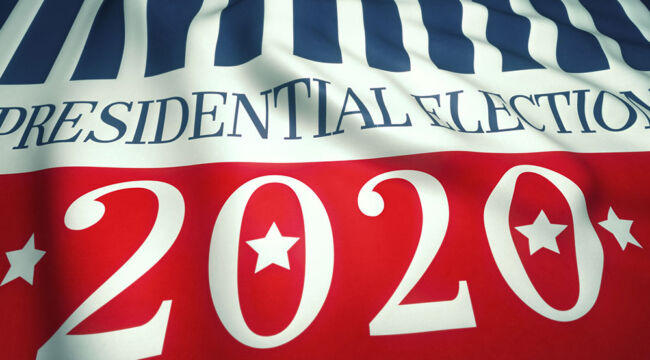 We’re in the wake of one of the closest elections in U.S. history, at least in the Electoral College count. Joe Biden will win the popular vote count by 3 to 4 million votes.

That was totally expected and is irrelevant. Presidents are elected by the Electoral College, not by the popular vote. So, let’s turn our attention to that and see where things stand.

Despite the drama and anticipation, the 2020 electoral vote was playing out very much as the 2016 electoral vote played out through the late hours of Election Day and into the early morning on November 4.

Then a key state flipped. Arizona, which Trump won in 2016, was declared for Joe Biden. That put 11 electoral votes in Biden’s column and subtracted 11 from Trump’s 2016 total. That’s not fatal for Trump in itself, but it makes his path to victory far more difficult.

Let’s give Alaska to Trump. The votes are not fully counted yet, and a winner has not been declared by the networks, but a Trump win there is a safe bet. Putting the six undecided states to one side, that leaves the Electoral College at Biden 238 – Trump 217 as of noon today.

It takes 270 to win. Biden needs 32 electoral votes to reach 270. Trump needs 53. Here are the six undecided states as of now and their electoral votes:

The problem is that all of those states have districts that have either not reported yet or have uncounted ballots from a combination of mail-in ballots that have to be counted by hand. Excuses vary from a burst water pipe in the counting center (Atlanta, Georgia) to a public employee day off (Nevada), to small districts just not doing their job (Wisconsin).

Some of these results may be finalized in the coming hours, but some will not. We may not know results from Nevada until Thursday or from Pennsylvania until Friday. Here are the two critical scenarios:

Events are changing in real-time. Some of these states (especially Michigan and Wisconsin) may be called for Trump or Biden before you read this. That’s OK; just add those states to the winning side for a do-it-yourself update.

Of course, other paths are possible, but the above scenarios are the key outlooks.

I’m not aware of any forecaster who said the presidential race would come down to Nevada, but there we are.

Now we need to recall Yogi Berra’s immortal advice: “It ain’t over ’till it’s over.”

The electoral vote scenarios only apply if there’s no litigation, fraud or theft. Unfortunately, all three seem to be in play. When you are stuffing the ballot box, you first wait to see what the “regular” vote is so that you know how many votes you “need” to push your candidate over the top.

That seems to be happening now. In Wisconsin, over 100,000 Biden votes appeared seemingly out of nowhere on a flash drive delivered by hand from a Democratic district. That puts Biden ahead in Wisconsin, but litigation is sure to follow.

Likewise, a huge “absentee ballot” dump appeared in Michigan that heavily favored Biden. The absentee ballot level greatly exceeded past elections raising suspicions of fraud. (Absentee ballots are different from “mail-in” ballots in the sense that they are handled directly by town clerks rather than mass counting centers making them more subject to litigation). Again, the potential for challenges and litigation is high.

Numerous irregularities have been claimed in Pennsylvania. Of course, Philadelphia is notorious for electoral shenanigans, so challenges there cannot be ruled out. Possible legal claims on mail-in ballots in all of these open states include: late postmarks, late receipt, missing postage, missing signatures, non-matching signatures, illegible ballots and more.

Even if all of the ballots are finally counted, some states are likely to be so close that state law will allow for a recount. Trump or Biden are likely to demand recounts where they are legally entitled. Remember Florida in 2000 and the infamous “hanging chads?” Get ready for that times six.

When the six open states are declared for Biden or Trump, that’s not the end of the election. It’s just the beginning of a new and more uncertain phase that could go on for weeks. Meanwhile, there are some things we know with much higher certainty.

The Republicans have retained control of the U.S. Senate, and Mitch McConnell will remain Majority Leader. That’s important. McConnell will act as a wall to prevent adding Puerto Rico and Washington DC as states (giving Democrats four more Senators) and will put an end to packing the Supreme Court and abolishing the Electoral College.

It also means the end of progressive ideas such as the New Green Deal and free everything. Republicans had a lot of Senate seats to defend this year and will have far fewer to defend in 2022. The Republican majority in the Senate may hold until the 2024 election. So, even if Biden wins, his agenda does not.

Similarly, the Republicans picked up at least four seats in the House of Representatives. That’s not enough to regain the majority, but it is enough to improve cooperation with the Senate. Democrats lost a number of seats they expected to hold, especially among so-called “moderate” Democrats. The remaining moderate Democrats will not want to lose their seats in the 2022 midterm elections.

That may be enough to nudge some Democrats to work with Republicans and form a moderate working consensus on key issues. The bottom line is that the Republicans have strengthened their hand in the Congress. If Biden wins the White House, the Congress will act as a brake on the progressive, radical agenda. Checks and balances work after all.

There are lots of other presidential scenarios that are more extreme than those described above. Here’s a sample that we’ll update once the six open states are declared:

• Some states may not be able to certify any electors by the statutory December 8, 2020 “safe harbor” date. If that happens, those states could lose their electoral votes. This radically changes the 270 vote threshold.

• Some states may certify two slates of electors; one from a Democratic governor and one from a Republican legislature in the same state. This happened in 1876. This type of dispute could easily go to the Supreme Court.

• In an extreme case, if the Electoral College cannot choose a president, there will be a “provisional election” in the Congress in early January. The Senate picks the Vice President and could choose Mike Pence. The House picks the President, and it votes according to delegations, not individual members.