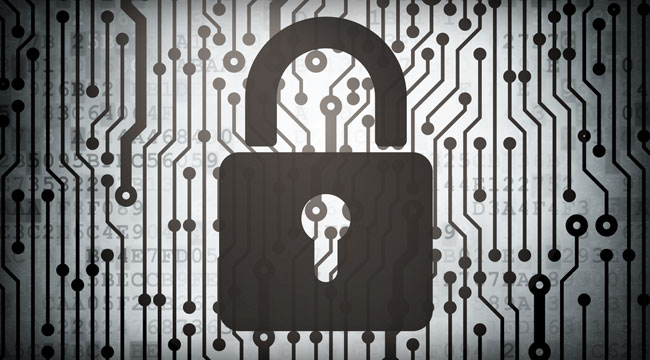 The U.S. Central Command (CENTCOM) was running its first major wargame planning exercise in four years. It was called Internal Look 01. That exercise allowed us to test several military messaging systems, some classified, some not.

CENTCOM’s intelligence director was a brilliant young Brigadier General (BG) named Keith Alexander. If that name rings a bell, Alexander would go on to become a four star general and command both U.S. Cyber Command and the National Security Agency.

At that time, I was a major and a Middle East Foreign Area Officer assigned to BG Alexander’s intelligence directorate where I was the Chief of the Foreign Disclosure Office.

I’ve included a few pictures of me with BG Alexander in Jordan below. On the left, we’re on the Iraqi-Jordanian border.

“Why would he do that?” BG Alexander, asked.

“If I had to fight the U.S. and had the means,” I replied, “the first thing I would do is detonate nuclear devices above the North and South Poles. This would take out the U.S. constellation of communications, navigation and targeting satellites.”

“So, if we wanted to see how a modern military headquarters would adapt to function without its internet and satellite communications, wouldn’t it be a more interesting exercise if General Zinni told his J6 (communications director) to simply shut it all down for 24 hours?”

We walked in silence for a few more steps then BG Alexander said softly, “Kevin, sometimes you really scare me.”

Of course, in the following years, General Alexander had to consider and prepare for much worse scenarios as the head of NSA and Cyber Command…

But that vignette in the CENTCOM parking lot came immediately to mind as Jim Rickards and I spoke one recent morning.

Some U.S. intelligence agencies were disconnecting their computers. Some others were even buying typewriters as a way to protect from the ever present cybersecurity risks!

Even as the digital world explodes with the rapid growth of the Internet of Things (IoT), it appears some of our intelligence agencies are dusting off the manacled briefcases, couriers, brush passes, dead drops and other tradecraft that once seemed relegated to a 1960’s spy novel.

Don’t mistake this to mean that the challenges of cybersecurity will be solved by returning to pen and paper. Instead, it signals  the serious cyber threats we face. Those threats mean an increasing amount of government and industry will be spent to secure their networks.

Years of bickering by federal agencies – over which agency was in charge, who had which jurisdictions, who was going to pay, what information could be shared, the role of the private sector, privacy and liability concerns, and who should be accountable – has left the United States with numerous cyber vulnerabilities.

The bottom line is that any country, non-state actor, or trained individual with reasonable skills can attack this country with little to no consequence.

The World Economic Forum (WEF) just published its annual Global risk report for the 2017 WEF meeting at Davos, Switzerland. The report highlights the risks emanating from artificial intelligence (AI), Cyber espionage and the Internet of Things.

It focuses on the rise of cyber dependency due to increasing digital interconnection of people, things and organizations.

The WEF has ranked cyberattacks as just behind terror attacks in both their impact and likelihood. This is because of the increasing complexity and interdependencies among systems of global communications and computing, information and economic flows that power the global economy.

The Cyber Research Databank recently summarized the WEF report and concluded that “As demonstrated by the DNC hack (which by now is blamed on Russia), and the recent Ukraine power outage due to cyber-attack show how cyber-attacks can be used for political and diplomatic means.

“It is not unlikely that the severity and frequency of such attacks will intensify in the coming years, and that additional actors (such as terror and hacktivist groups) will also partake in these activities. It is also possible that such actors will utilize the vulnerabilities… (AI and interconnectivity)… to exaggerate the impact of attacks.”

During the last few years, the U.S. government has reported on numerous large-scale cyber operations aimed at U.S. businesses, banks and critical infrastructure. Here are just a few recent attacks:

Investor Raoul Pal’s Think Piece 2017 asks, “What is the common denominator in the below list?

They have ALL been hacked.”

“So are these simply random disconnected attacks or is there something else at stake? Samantha Ravich of the Foundation to Defend Democracies calls “cyber-enabled economic warfare… a hostile strategy involving attacks upon a nation via cyber technology with the intent to weaken its economy, and thereby reduce its political and military power.”

The above quoted Samantha Ravich recently hosted a discussion with General (ret) Hayden to discuss “Cyber Warfare in the Next Administration.”

To the right, you’ll see a man pictured next to our chief strategist Jim Rickards. That’s the former NSA and CIA director General (ret) Michael Hayden.

One of the most interesting distinctions made by Hayden was that our vulnerabilities and inability to act comes from policy choices and not technology.

That’s important because of the danger of miscalculation and overreaction. When, for example, does reconnaissance in cyber become an actual attack?

How should a nation respond if an enemy hacker accidentally causes enormous harm by collapsing a regional power grid or air traffic control system?

“In the industrial era, I’ve got a Soviet satellite overhead taking pictures of my ICBMs. Well, I don’t like it, but I know that satellite’s not going to destroy the ICBMs. In this era, I’ve got somebody in my power grid who may just be doing what intelligence services do, preparation of the battlespace. But what’s so troubling is that by doing that reconnaissance, he already has the ability to do something far more malicious.And so, this — it becomes the devil’s own problem trying to sort this out because — because we will not give up our right to do reconnaissance.

To answer these questions, we turn to the Trump administration’s published cyber-security policy. Donald Trump has in fact said, “As far as the cyber… We should be better than anybody else, and perhaps we’re not.”

As the new administration takes up these challenges, here are some of its stated policies:

We believe relentless and ever-increasing security attacks will require extensive R&D in cybersecurity. Cybersecurity will clearly be one of the top focuses of defense technology spending in 2017.

And the D.R.O.N.E. system Jim and I have developed will scan hard for the many lucrative investment opportunities in this space.