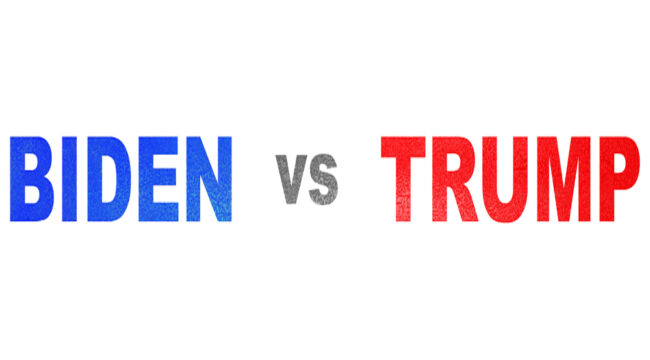 The novel coronavirus has dominated the headlines for the past two months, as it should. There’s no bigger story in the world. And besides its human toll, I believe we’ll be dealing with its economic fallout for years.

But let’s not forget, this is an election year. Today I want to tie together the pandemic, the economy and the election.

What we are witnessing is a cascade of complex systems.

A pandemic is one complex dynamic system. The economy is another. A political season is still another.

Each complex system is highly unpredictable and capable of throwing out shocks (called “emergent properties” by physicists).

These three dynamic systems could exist on their own without affecting each other. But that’s not the case today.

A contagious virus, an unstable economy and a highly contested election are crashing into each other. Any one of these systems is difficult to model and predict. Collectively, it’s almost impossible.

All three systems go around in a circle affecting each other and being affected by each other. The pandemic has crashed the economy, and the economic collapse will affect the election. They all interact.

There’s no early end to this complex dynamic in sight.

There’s much that we don’t know about the pandemic and the political outcome. We know more about the economy because the specter of mass layoffs and business failure is already plain to see.

Even at that, we don’t know how long the economic distress will last and how long a recovery will take.

At this point, it’s fairly clear that the presidential election will feature Donald Trump versus Joe Biden.

There is some chance that Biden will stumble because of his cognitive disabilities, but it’s more likely the media will cover for him and he’ll be on the ballot on Election Day.

The principal factor in my election model this year was the probability of a recession before Election Day. No president seeking reelection to a second term has lost in the 20th or 21st centuries unless a recession occurred late in his first term.

Jimmy Carter and George H.W. Bush both lost their reelection bids, and both suffered recessions shortly before the election. Absent a recession late in a first term, the incumbent wins.

And Trump’s odds would have likely improved by 2% per month. This means that if nothing changed, Trump would be an 86% favorite to win on Election Day.

Yet things did change.

Because of coronavirus, the odds of a recession switched to 100%. In theory, that would put the odds of Trump’s reelection at 0%. But Trump certainly has a better chance of reelection than zero. Basically, you have to set aside the rule book in this case.

This isn’t just a garden variety recession. It was deliberately imposed and accepted as a legitimate trade-off to prevent a massive public health crisis that could have overwhelmed the health care system.

I’m not going to get into a debate about whether it was necessary or not, but the point is it was a choice. It wasn’t because the economy suddenly collapsed on its own (although the economy was weaker than most people think it was).

So past comparisons don’t really hold up. This is a completely unprecedented situation.

But if you’re trying to forecast the election, how do you do it?

The best place to start the modeling process is to make the odds 50/50 (which really is just an educated starting place in the absence of better information).

That means Biden’s odds of winning are also 50% (for now).

In other words, the election has gone from being close to a sure thing for Trump to a coin toss.

Stock markets certainly have not had time seriously to contemplate President Biden and his pledges of higher taxes, open borders, the Green New Deal, late-term abortions and gun confiscations.

But that’s coming soon and is another huge headwind for markets.

So you can see how coronavirus, the economy and the election are all densely connected. Few would have imagined seven months ago where we’d be today. But here we are.

We still have nearly six months until the election. The best approach is to reserve judgment on what will happen six months from now.

But I’ll be watching developments closely and giving my readers the best available forecasts using my predictive analytic models and decades of experience.