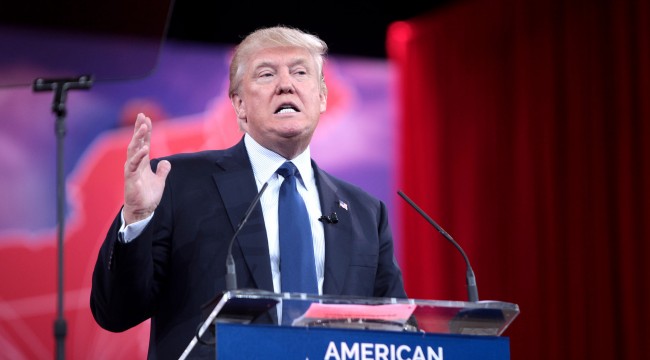 Perhaps the hardest thing to do in contemporary American politics is to imagine how the world looks from the other side. I’ve made no secret of why, as a Republican, I oppose Donald Trump and what he stands for. But I’ve also been talking to his supporters and advisors, trying to understand how they see and hear the same things that I do, and draw such very different conclusions. What follows isn’t a transcription — it’s a synthesis of the conversations I’ve had, and the insights I’ve gleaned, presented in the voice of an imagined Trump supporter.

“Our convention worked. Donald — I’m not on the payroll, I can call him that — Donald energized his voters: people who are afraid of crime and worried about the mass immigration that’s transforming their country and displacing them. We talk a lot about polls, but you ignore the polls that don’t show what you expect to see.

“Here’s what’s going to happen. We’re going to run up vote totals like you’ve never seen in places you’ve never been. Not just coal country, either. No, we don’t have what you’d call a proper campaign. What do we need it for? Campaigns spend most of their money on TV ads that do nothing except entertain you on YouTube on your lunch hour—oh, and pay huge commissions to the consultants who make them. It’s all a waste and rip-off. If our message is exciting, our voters will get to the polls on their own. And you have to admit: Our message is exciting!

“You think it’s crazy when Donald goes after Ted Cruz about the unanswered questions in his life. It’s crazy like a fox. Trump is forcing people in the party — a lot of them already don’t like Ted, you know that, right? He’s forcing those people to think about whether they’re really going to let this guy posture as the keeper of the party conscience.

There are a lot of unanswered questions about Ted: You know that, way beyond the Kennedy assassination. Donald’s showing: Nobody backstabs him without paying a price. He’s the boss of the party now, he’s going to be treated like the boss, and if you don’t respect him, he’s going to bring down the hammer.

That’s a good lesson for everybody else — and look how quiet and respectful all those Republicans are now. Donald knows that Reince Priebus and Paul Ryan and Mitch McConnell and even Mike Pence want nothing better than to lay him low. But every time they bite their tongues as he takes off the head of Ted or whomever … he makes it that much more impossible for them ever to say, ‘Oh Donald? No, I had nothing to with him.’ They all wear the Trump logo now — and they always will wear that logo, whatever happens in November.

“The Putin thing. You think you’ve really nailed Donald with the Putin thing. Get it through your head: Our people are done fighting wars for your New World Order. We fought the Cold War to stop the Communists from taking over America, not to protect Estonia. We went to Iraq because you said it was better to fight them over there than fight them over here. Then you invited them over here anyway! Then you said that we had to keep inviting them over here if we wanted to win over there. And we figured out: You care a lot more about the “inviting” part than the “winning” part.

“That’s another way you don’t understand Donald. When you squawk: ‘Oh, it’s so horrible, he’ll waterboard prisoners, he won’t ask our troops to risk their lives so as to avoid shooting a terrorist’s mother-in-law …’ when you talk like that, what our people hear is that you are a lot clearer about what you won’t do to protect the American people than what you will do.

“Tom Kean/Tim Kaine? So, so sorry we got the name of your latest precious progressive New South governor a little mixed up. Just kidding: not even a little bit sorry. What you need to take on board is how profoundly so many Americans do not give a … oh yeah, you still live in a country where people don’t use language like that when they talk about politics. Come visit Reddit sometime and see how the other half lives. But I’ll spare your feelings. They like that Donald doesn’t know any of that sh …. Oops. Sorry again.

In our America, the gender gap closed a long time ago — and then went into reverse. “You Acela people live in a beautiful country where everything works. You believe in institutions because they work for you. So it bothers you that Donald doesn’t seem to know what the OECD does or who’s in charge of the FDIC. But our people don’t believe in institutions any more. The institutions they do still care about — the military and the cops — you use for props when you need them, and as dumping grounds when you don’t.

I noticed that when Tim Kaine took a bow for his son’s military service, he pointed out that he was a Marine — because we all know that what you’ve done to the Army, Navy, and Air Force. Yeah, they’re just as lethal as Obama and Hillary said. When you spend as much as the rest of the planet combined, you can make a lot of things go boom — even if the soldiers can’t do chin ups anymore and the sailors get pregnant when they decide their tours of duty have gone on too long.

And the cops! One minute you’re calling them murderers, the next you’re slobbering all over them. Our voters are cops. They know who’s on their side. Not you.

“You loved the Democratic convention didn’t you? Soaring rhetoric, we’re all together in just one big beautiful rainbow quilt: illegal aliens and billionaires, all together. And the flags? So many flags. You wave the flag one day every four years, and you think it means you’ve taken America from us. You haven’t, not yet — and that’s another thing our voters will be wanting to say on Election Day.

Lots of ideas too: free this, free that, more investment in this, higher taxes on that, and ‘common sense gun laws.’ I bet you don’t own a gun. I bet you’ve never had a DUI either. So it wouldn’t worry you that you could lose the first if you get the second. But it worries our voters. Their lives are kind of messed up. They get into trouble. That’s why they want guns for themselves, and not just for Mayor Bloomberg’s bodyguards.

“Here’s the bottom line. You live in an America that’s still a lot like your parents’ America. It’s mostly white. Nobody’s displacing and replacing you. It’s pretty safe too. You can read about rising crime — you don’t live it. In your America, you worry about how there aren’t enough women making Hollywood films or sitting on corporate boards.

In our America, the gender gap closed a long time ago — and then went into reverse. Obama in the Oval Office was humiliating enough. But Hillary will be worse: We’re going to lose any idea at all that leadership is a man’s job.

“You’ve been building up to this for a long time. No more Superheroes rescuing women in the movies. The girl always has to throw the last punch herself. In the commercials, Dad’s either an idiot—or he’s doing the housework with his boyfriend.

“And you know what? It’s not just our hillbilly voters who are going to vote ‘no’ to all that. A lot of men you never imagined will vote for us. Trump’s going to do better with Latino men than you expect — probably no worse than Romney. He’s going to do better with black men than Romney ever did. And his numbers with white men will be out of sight. Every time you demand that Donald show respect to Hillary — while laughing as Hillary disrespects Donald — you push those numbers up.

Curley was a scam artist. The Boston Irish loved him for it — even when he scammed them, too — because Curley pissed off the people the Boston Irish hated and who hated them. (I can still say ‘pissed off,’ right?) It’s going to be just that way with Donald. I mean, Mr. Trump. I mean, President Trump.”

Editor’s note: The above first appeared in the July 29 issue of The Atlantic. You can also read the article here.

Our own David Stockman is currently finishing a book on the Trump movement. David says it “delves into the good and bad of the Trump campaign and platform and outlines a more consistent way forward based on free markets, fiscal rectitude, sound money, constitutional liberty, nonintervention abroad, minimalist government at home and decentralized political rule.”

David’s book should be out soon. We’ll keep you updated.

David Frum is a Canadian-American neoconservative political commentator. He is the senior editor at The Atlantic and the chairman of Policy Exchange. In 2001-2002, he was a speechwriter for President George W. Bush.