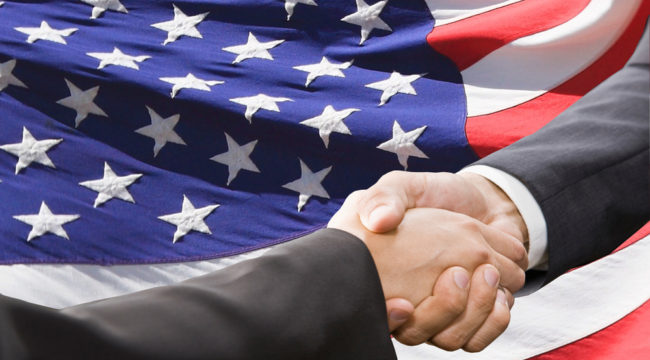 We refer of course to tax reform.

On the campaign trail Trump pledged he’d “cut the hell out of taxes.”

But the Associated Press reports that now Trump’s “going back to the drawing board in a search for Republican consensus behind legislation to overhaul the U.S. tax system.”

Administration officials say it’s now unlikely that a tax overhaul will meet the August deadline set by Treasury Secretary Steve Mnuchin. But the ambitious pace to figure out a plan reflects Trump’s haste to move quickly past a bruising failure to broker a compromise within his own party on how to replace the health insurance law enacted under President Barack Obama.

A divided Republican Party did in health care reform. It could also do in tax reform…

Trump can cut taxes to Kingdom Come. But without offsetting spending cuts, the deficit goes to the same place.

And that’s the gripe of the Freedom Caucus.

So will Trump bypass the Freedom Caucus to score a win on tax reform?

Our agents tell us that administration officials have been making eyes at House Democrats.

Woo enough Democrats and Trump might be able to work around the Freedom Caucus.

And he could finally put a legislative feather in his “Make America Great Again” cap.

But is it realistic?

The Tax Policy Center whinges that Trump’s current tax plan delivers half the cuts to the top 1% of households.

And if Trump looks to the Democrats for tax reform, that means a lot fewer corporate tax cuts and tax cuts for “the rich.”

“Tax reform’s got to be responsible and it’s got to be progressive,” says Sen. Ben Cardin (D-Maryland), setting the terms.

Rep. Richard Neal (D-Massachusetts), top Democrat on the House Ways and Means Committee, draws his own line in the sand:

“If they’re going to talk about some middle-class tax relief, we certainly want to engage. If this is a redo of the Bush tax cuts of 2001 and 2003, that’s a nonstarter.”

But it’s an offer many Republicans might well refuse.

Democrats are starting to settle on a price for participating in a tax-code overhaul, and many Republicans won’t want to pay it… Lower tax rates on businesses, investors and top earners are a unifying force in the GOP, and many lawmakers are reluctant to give that up to get a deal with Democrats.

Another impasse, if true.

And more cold water on the Trump “reflation trade.”

There may be some common ground on middle-class tax cuts. Every politician knows the middle class swings elections.

But can both sides agree on the details?

It’s in those details where the devil — and God — are variably said to exist.

And if they do ultimately hammer out a tax reform bill… would it be watered down to nothing?

So right now the Trump “reflation trade” rests on a teeter-totter.

With no tax reform in sight. Remember, it looks like August is out.

Maybe the recognition of that possibility is why gold — perhaps the ultimate safe harbor — is up a smashing $20 today… all the way to $1,271.

Or maybe it’s up $20 because of all the scary news around the world. That seems to be the consensus on Wall Street today.

We just wonder if Trump will get a tax deal done just to get a deal done — details be damned.

Trump’s attack on Syria made him the toast of Washington’s opinion merchants.

He’s been praised from all quarters, Republican and Democrat alike.

And for the first time he’s received a helping wind from the public prints.

So… will Trump be seduced by the sirens?

Theirs is an intoxicating song after all. It can knock a man out of his wits. And even Trump would rather be liked than disliked.

But it’s one thing to “evolve” on tax cuts.

Quite another to “evolve” when it can potentially lead to war with a nuclear power… like war in Syria possibly could.

It was another American president — Abraham Lincoln — who supposedly warned, “Avoid popularity if you would have peace.”