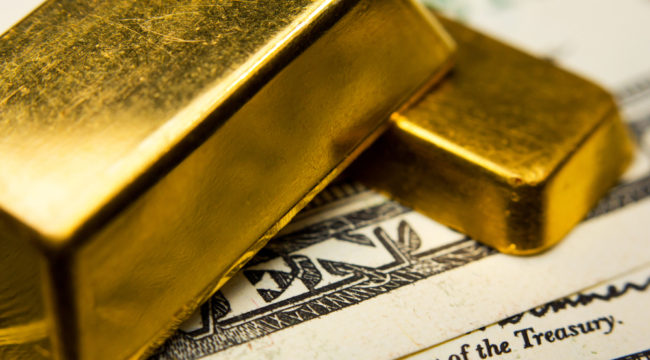 Trump and Gold: The Look Ahead

This was as news spread about the likely come-from-behind victory of Donald Trump over Hillary Clinton. Asian stock markets tumbled as panic selling took hold.

By the morning of Wednesday, Nov. 9, Trump was president-elect. Then — and this struck me as odd — by the time Clinton gave her belated concession speech, gold prices were giving up gains. After Clinton conceded, gold prices began to retreat below the previous day’s starting point. Global stock markets commenced a strong rally.

Now at the end of this week, gold trades at $1,212, which is below pre-Brexit levels. Silver is almost at pre-Brexit levels, under $17 per ounce. Meanwhile, broad stock markets have been whipping around.

Obviously, markets were surprised when Trump won the election. Trump’s win was not what most people expected — not in the mainstream media. Even people in the Trump camp were dubious about his odds. Of course, my partner Jim Rickards as much as predicted that Trump would win.

Markets will do what they do. Markets often confound expectations. After Trump won the election, gold and silver prices fell, while broad market indexes rose firmly.

I believe Trump’s election is bullish for gold prices, which you can already see in trading charts and new buying patterns. That means Trump’s policies are also bullish for well-run, up-and-coming gold mining firms.

With a Trump administration in the cards, America, and other nations across the world, are in for massive policy changes in many areas. It’s not just “a big, beautiful wall” along the Mexico border and “better trade deals,” either.

In fact, the bedrock of change under Trump will be his administration’s approach to monetary policy, taxation and ultimately the value of the dollar — which includes moving the price of gold.

Looking ahead, we should expect a Fed interest rate hike in December. But that won’t be a surprise. It’s the most advance-advertised hike in modern history and is mostly priced into markets by now, according to Jim.

By 2017, Jim and I believe that gold-silver will be off to the races. I still believe that we could see gold move back up over $1,400 per ounce by March.

And that could just be the beginning.

If you’ve never before read the inimitable Mogambo Guru, this is your chance, below, to drink from the Guru’s muddy water.

He’s an old friend of Agora Financial and much of our Baltimore team. He’s definitely not for everybody, but for many years, he’s highlighted and skewered the long-running black comedy that passes for monetary policy in this day and age. Why should you own gold? Read on.