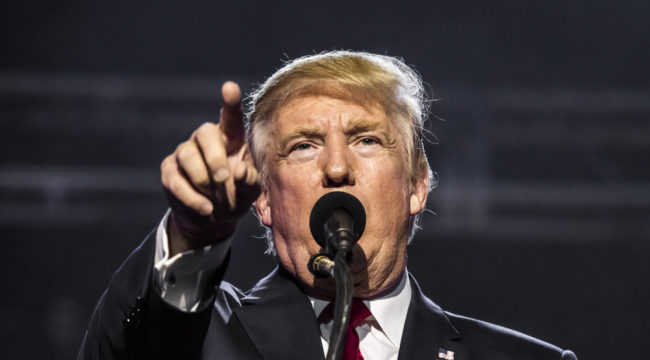 The post-election stock market ran further and further again, mostly because of the pretty plums Trump dangled in front of investors:

Until last month’s “correction,” the overall market had swelled some 30% since that unforgettable night in November 2016.

Has the president delivered the full cargo of goods — and on the appointed schedule?

No, we must acknowledge in fairness, he has not.

But the methane swamps of Washington are vicious wastes, drowning most who hazard the passage.

And you must admit this much if nothing else:

The president was able to paddle his tax cuts through to a safe shore.

Meantime, the agents we’ve assigned such matters inform us he has taken the presidential ax to hundreds of useless government regulations.

Trump shook the dust from his tariff blueprint earlier this month… and unfurled it before a watching world.

Under its terms, steel and aluminum competitors the world over would feel a good hard pinch upon entering American shores.

Due to their volume of metallic exports, such perennial hellcats as Canada and Brazil would take the brunt.

The Dow Jones industrial plunged 420 points the day the news broke — and for cause.

And markets believe a global trade war is bad for business.

As we noted recently, Bloomberg Economics estimates a trade war could cost up to $470 billion in global GDP.

Since the tariff unveiling, markets have been a seesaw affair… rising and falling at least in part on Mr. Trump’s passing fancies.

Trump dangles tariff exemptions before Canada and Mexico and the stock market gets a bounce.

He threatens universal tariffs unless the devils yield on NAFTA and stocks tumble.

But yesterday, the president opened a new front in the global trade war…

“We have a tremendous intellectual property theft problem,” said the president. Resolving it will make us “a much stronger, much richer nation.”

It appears justice is with him.

But markets are global citizens with loose attachments.

After yesterday’s trouncing, the Dow Jones occupied the same perch it occupied on Nov. 28.

It ended today another 424 points lower.

Four months of overall gains have therefore vanished into the ether.

Where once Trump giveth with tax cuts and deregulation… Trump now taketh with trade.

$3 billion of American agricultural and steel products will confront 15–25% tariffs of their own.

Are Trump’s trade adventures solely responsible for the stock market volatility now upon us?

No, they are not.

Remember, the Federal Reserve is also at its tricks.

Just Wednesday it raised its target rate yet again — the sixth occasion since December 2015.

It is likewise chiseling its balance sheet.

Mix the latest trade business with the monetary tightening and a sour potion emerges.

Time, as is often said, will tell.

Which way does he go next?

The Lord only knows…