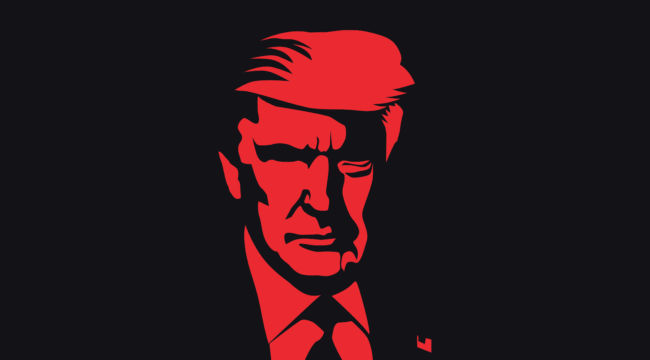 Trump has had it!

He is apparently declaring a currency war on the rest of the world. Trump resents China and Europe cheapening the yuan and the euro against the dollar in order to help their exports and hurt ours.

But a trading partner can undo the effect of the tariff just by cheapening its currency.

Let’s say a Chinese-made cellphone costs $500 in the U.S. If you slap a 25% tariff on the imported phone, the immediate effect is to raise the price by $125.

A simple solution to tariffs is to devalue your currency by 20% against the dollar. Local currency costs do not change, but the cellphone now costs $400 when the local currency price is converted to U.S. dollars.

A 25% tariff on $400 results in a total cost of $500 — exactly the same as before the tariffs were imposed. Tariff costs have been converted into lower production costs through currency manipulation.

There’s only one problem with Trump’s currency war plan. There’s nothing new about it. The currency wars started in 2010 as described in my 2011 book, Currency Wars.

As soon as one country devalues, its trading partners devalue in retaliation and nothing is gained. It’s been described as a “race to the bottom.” Currency wars produce no winners, just continual devaluation until they are followed by trade wars.

That’s exactly what has happened in the global economy over the past 10 years. But the final step in the sequence is often shooting wars. That’s what happened leading up to WWII. Let’s hope the currency wars and trade wars don’t turn into shooting wars as they did in the 1930s.

Meanwhile, the Fed is a critical player in the currency war because it has a major influence on the dollar.

The world is waiting to see what it does at its policy meeting on July 31. There is almost no chance the Fed will raise rates. The choices are to cut rates or keep rates unchanged. The market is betting heavily on a rate cut, for what it’s worth.

If the Fed cuts rates, we’ll have to see how other central banks react. But the Fed has many factors to consider when it meets later this month…

For the past 10 years, Fed policy changes have been relatively straightforward to forecast, based on a simple model. The model said the Fed would raise rates consistently in 0.25% increments until rates are normalized around 4% (the amount needed to cut in case of recession).

The exceptions (where the Fed would “pause” on rate hikes) would occur when job creation is low or negative, markets are disorderly or strong disinflation threatens to turn to deflation. Markets certainly became disordered late last year, when the U.S. stock market nearly entered a bear market. And so the Fed paused.

None of those conditions apply today. Job creation is strong, markets are at all-time highs and disinflation is mild. But a new factor has entered the model, which is the fear of causing a recession.

Estimated growth for the second quarter of 2019 is 1.3% annualized, compared with 3.1% in the first quarter. Using the Fed’s own models (which are different from mine), the Fed is concerned that if they don’t cut rates, a market correction and recession may occur.

But if they do cut rates, inflation may result due to tight labor markets and higher costs due to tariffs.

Markets will cheer a rate cut and probably sell off if the Fed does not cut rates. But both the markets and the Fed itself will have to wait until the last possible minute before this conundrum is resolved.

And the world will be watching very closely.

Below, I show you how Fed policy is one of three factors driving a new multiyear rally in gold. What are the other two? Read on.