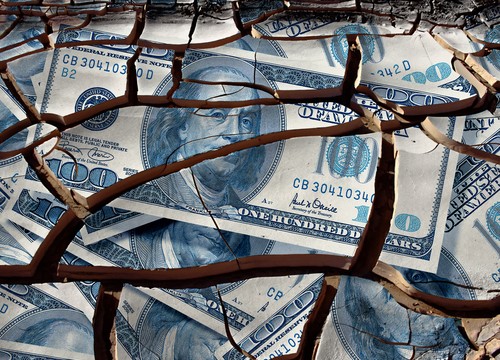 Let’s play a little game of “True/Not true.” We ask the question and you answer, “True” or, “Not true.”

1) True, read all about it here: Police Shoot Trophy Elk
2) Not true. Yes police shot a man in his bed 16 times, but the department determined that this use of force was “justified.” Police Shoot Man 16 Times.
3) True. See the nearby chart:

4) True. Pubic crab lice have become the latest victim of habitat destruction. See: Bikini Waxing.
5) Not true. See below.
6) True. Following Wednesday’s posting of The Daily Reckoning, a number of Wiccans criticized us for being “extremely offensive to actual Witches and Wiccans.” We commend their postings to those who wish to educate themselves about the vibrant, modern state of Witchcraft, also known as the Wicca Way. See: Wednesday’s Daily Reckoning.

And now…back to statement #5, “The sequester that began last Friday will cut the national debt by $85 billion this year.

Not true. Not even close to true.

The truth hurts, as the familiar saying goes, which is why telling truths that deceive is such a popular practice. To illustrate the deceptive power of true statements, consider the following remark:

“Over the last few years, both parties have worked together to reduce the deficit by more than $2.5 trillion. As a result we are more than halfway toward the goal of $4 trillion in deficit reduction that economists say we need to stabilize our finances.”

President Obama made this remark in his State of the Union address…so it must be true.

Expressed as a percentage of GDP, Obama’s deficit spending has totaled a banana-republic-esque 8.3% of GDP. That’s more than double the worst 4-year deficit that any president has delivered during the last three decades.

As a nation, we are broke. That’s the truth. But that hurts. So, instead of facing that truth head-on, and dealing with it honestly, the national debate revolves around how to become more broke less quickly than planned.

Most folks imagine that all the chatter about “sequesters,” “budget cuts” and “deficit reductions,” is about making the nation more solvent.

It isn’t. Not even close.

This grand political debate is only about calibrating the speed at which we impoverish ourselves.

A budget cut does not produce savings; it does not even reduce the national debt; it merely decreases the size of the debt increase.

A budget cut is simply a pledge to borrow less money than you were planning to borrow. It would be like you or me “maxing out” only nine of our 10 credit cards, instead of all 10…and then calling it “austerity.”

The dreaded axe of sequestration that sliced through the national budget last Friday lopped off $85 billion of planned spending. But even assuming these cuts remain in effect, the nation’s debt would still increase by $845 billion this year (according to the CBO), or about four times faster than the economy is likely to grow.

For additional perspective, an $845 billion deficit would be the fifth largest of all time. The trillion-dollar deficits of 2009 through 2012 captured the top four slots in this budgetary Hall of Shame.

So the next time you hear a politician talk passionately about budget cuts or deficit reductions, remember that old phrase, “Figures don’t lie; liars figure.”