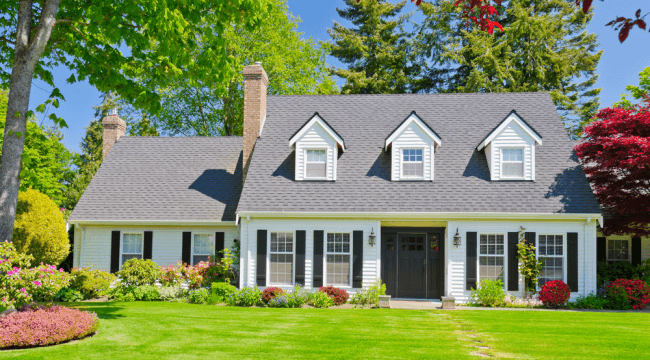 Time to Sell the Family Home?

BALTIMORE – Another indecisive week in the markets…

China did not blow up. Energy company debt did not melt down. And investors did not panic in the face of a slowing world economy, falling corporate earnings, and central bank absurdities.

This morning, all is well.

But nothing fails like success. Throw a lot of money at any market, and you are asking for trouble.

Today, readers are urged to check their real estate holdings.

Last year, more than one-third of the houses sold in Vancouver went to Chinese buyers.

All over Canada, the story was similar… though not as extreme. Houses are being sold to people who may or may not intend to live in them.

That was great, if you were selling a house. A tide of money rushed in… House prices rose.

But tides go both ways. They come in… and go out. And if you are counting on your house to hold its value… watch out.

Housing is normally more stable than the stock market because tides in the housing market are slow and relatively weak.

As Nobel Prize winner Robert Shiller explained in his book Irrational Exuberance, contrary to popular belief, there is no continuous long-term uptrend in house prices.

As Shiller puts it, most of the evidence “points to disappointingly low average rates of real [inflation-adjusted] appreciation of most homes.”

This makes sense. People do not readily “flip” or speculate with their homes.

You can sell a stock with the push of a few buttons. But moving a household is a pain in the neck. It involves packing up, organizing a mover, settling up on utilities, saying goodbye to neighbors, and so forth.

But when the guy next door is not really next door, his house is not really a home. It’s a floating, speculative hedge. And if you never move in… moving out is a breeze. All it takes is a change in taxes, regulation, or the markets… and you’re outta there.

Real estate hotspots have seen a lot of phantom buying over the last 10 years.

In London and New York, for example, you find entire apartment buildings where no one is home. You can tell. Just look at them in the evening. Often, only the elevator shafts and hallways are lit. The apartments are all dark.

Both cities are now seeing softness in upper-end property prices; perhaps the tide has turned.

Top Manhattan apartments sell for more than $4,000 a square foot. At this level, a 1,200-sq-ft two-bedroom apartment sports a $4.8 million price tag.

“Super-luxury” space… one small step down from the top… sells for nearly $3,000 a square foot.

The law of supply and demand works in real estate as in other markets. But it is slower to express itself in bricks and mortar.

As prices rise, developers (who were burned badly in the last building spree) keep their eyes warily on the market.

It takes years between the time a decision is made on a major new apartment building and the time the doors open – time in which prices can rise even further.

But when the new product is put on the market, the tide goes out like a crowd leaving a football game. The exits jam up with eager sellers.

That appears to be happening now in New York and London. Sales are slow. Markets are crowded with empty units, advertised at fulsome prices.

Meanwhile, over on the other side of the country, in Silicon Valley, the poor wizards of the Internet are having a hard time making ends meet.

Palo Alto is proposing giving housing subsidies to people who, almost anywhere else, would be considered rich. Here’s the report from London’s Daily Mail:

People earning $250,000 a year should qualify for subsidized housing in Palo Alto, according to a new proposal.

With house price averages an eye-watering $3 million, even those earning $250,000 a year are spending two-thirds of their monthly salary (about $14,000) paying off their mortgage.

If the newspaper was trying to impress its readers with a lurid picture of urban excess – a photo the “tear down” house sold recently for $2.7 million – it probably missed its mark.

Londoners are used to excess in their property market. In 2014, one apartment overlooking Hyde Park was reportedly sold to an unnamed Russian for $237 million.

A bargain? Or a bomb?

We don’t know. But we offer the same advice we gave readers 10 years ago: If you were planning to sell an appreciated property “sometime in the future,” this might be the future you were waiting for.

Sell it. Buy something cheaper. Put the difference in gold.