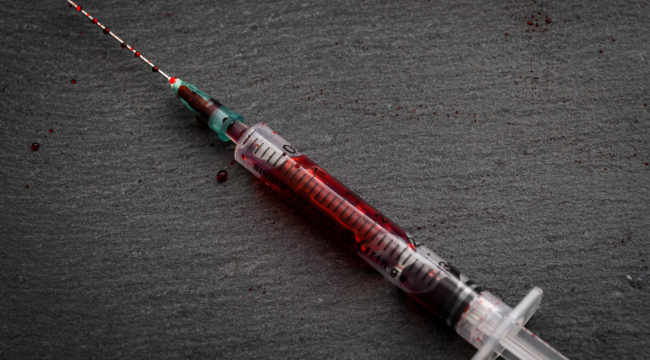 Speaker Ryan’s Obamacare “repeal and replace” plan — “Obamacare Lite” — is a complete fiscal disaster and a political millstone around Republican necks, as I’ve been predicting.

In fact, I call the Ryan Plan a Profile in Cowardice.

I’ve always said “repeal and replace” was just a political scam perpetuated by the spineless GOP congressional leadership, and that it would soon bite the clueless Team Trump in the posterior.

Well, Kentucky Senator Rand Paul said yesterday that the Ryan fiasco doesn’t have the votes to make it through Congress and that they’d have to start from scratch. The House votes on Thursday.

If it dies, Obamacare Lite is uniquely deserving of its fate.

Health care socialism — that is, cost pool averaging and elimination of market pricing — is what will finally bankrupt America. Obamacare Lite doesn’t address that growing menace.

Obamacare Lite does not challenge the failing fundamentals of the current health care system; it’s a cop-out which reinforces everything which is wrong with it.

Under current law, government programs will cost at least $24 trillion over the next decade. That staggering sum includes the Congressional Budget Office’s (CBO) $16.5 trillion cost estimate for the Federal medical programs — plus $4 trillion in tax benefits for employer health plans and $3.5 trillion for the state share of Medicaid.

The nation’s bloated and unsustainable health care system consumes 18% of GDP compared to 10-12% in most of the world’s social welfare democracies. And it’s an open-ended fiscal time bomb because unlike the state controlled single payor systems elsewhere, the U.S. system is a mutant hybrid of socialism for the recipients and crony capitalism for the providers.

Not only will Obamacare Lite add over $1 trillionto the Federal deficit over the next decade, it reforms nothing at all.

It leaves Obama’s big Medicaid expansion virtually in place, swaps one kind of tax credit for another in the individual insurance market and leaves the huge, perverse tax subsidy — amounting to upwards of $350 billion per year — for employer plans completely untouched.

And if the Ryan Plan does make it through the House and Senate, it will cost every penny as much as Obamacare when all the vote getting deals are finally done.

Consider where all of this started circa say 1960.

At that time the GDP was about $550 billionand the nation spent only $27 billion on health care in all forms — from doctors to hospitals and vocational rehab — or about 5% of GDP.

In per capita terms that amounted to just $145 per person. But the startling thing is that $70 of that, or nearly half the total, was paid for out-of-pocket.

Indeed, third-party insurance of all types only paid $40 per capitaand just $9 per capita was from government programs.

Third-party payments in 2015 amounted to $7,450 per capita or 186X more than in 1960. And that is not all inflation or economic growth. The consumer price index (CPI) has risen by about8Xduring that span and  nominal GDP per capita is up by about18X.

That is, the share of national income devoted to health care has risen 3.5X while the bite out of household cash budgets has declined by nearly 40%.

Moreover, there is no doubt about how this transpired.

The greatest of all abominations on the free market is employer provided health insurance, a product that would not exist if it were taxed like other wage income and which is not insurance at all but merely a form of prepayment for health services.

Like many of the other deformations which distort the free market, today’s giant $350 billion per year tax subsidy for employer health planswas a New Deal special (wartime phase when health plans were excluded from wage controls).

The rest was history: So-called employer health insurance plans drove a giant wedge between the higher prices received by doctors and hospitals and the steadily shrinking out-of-pocket costs felt by medical service consumers.

And, yes, it was some kind of wedge. In 1960, private insurance amounted to $5.8 billion. That covered just 22%of total health care expenditures and amounted to only 1.3% of personal income.

Due to the inherent dynamics of the third-party payment system, health-care inflation came to occupy its own perch far above all others. During the last half-century, for example, the consumer price index has risen by 8X, average wages by 10X and hospital costs per day by 40X.

Inflation in physician costs, drugs, lab tests, and most other health services has been only slightly less explosive, but the underlying cause is the same. That is, routine health services are not insurable risks because both providers and consumers heavily drive the frequency and cost of service.

In certain extreme demographic strata, for instance, the rate of obesity and diabetes is so high that health coverage amounts to providing arsonists with fire insurance.

In truth, employer-provided health insurance is one of the great deformations of our times, and is no more an honest form of free market insurance than Social Security pensions. Instead, it is a form of tax-subsidized cost pooling in which overutilization, overpricing, and free-riding is endemic.

But the insuperable problem is the massive spillover on innocent citizens.

Rampant health-care inflation means that much of the non-employer-plan population is eventually priced out of the health-care system, including the poor, the retired, the self-employed, and those with preexisting conditions. And so we got Medicare, Medicaid and Obamacare, respectively.

That is, one market disturbance by the state begat another and another, and now the GOP delivers up Obamacare Lite, too.

Needless to say, use of health-care services thereby became utterly divorced from financing their costs, and in the process two great deformations of the state quickly emerged.

Since there was no means test on Medicare, the entire retired population became a potent political force against any patient cost-sharing measures that might have helped contain the explosion of costs owing to the third party (i.e., taxpayer) payment system.

Before these programs were enacted, total government insurance and other health care funding in 1960 amounted to just $1.7 billion or 0.3% of GDP and $9 per capita.

Today the combined cost of Medicare/Medicaid and other government programs amounts to $1.5 trillion or 8.5% of GDP. That amounts to $4,800 per capita or 530X more than was spent per capita in 1960.

It goes without saying that the medical needs of the elderly and the poor did not escalate by a factor of 9% of GDP over the last fifty years.

The combination of giant employer-based health cost pools and the even larger ones run by Medicare and Medicaid have not only driven health inflation skyward, but have also generated a noxious system of price discrimination that would be wholly unnatural on the free market.

At the end of the day this is health care socialism and it is what will finally bankrupt America.

So what needs to happen now is that Obamacare Lite is ash-canned this week — so that the GOP can launch a fresh start plan.